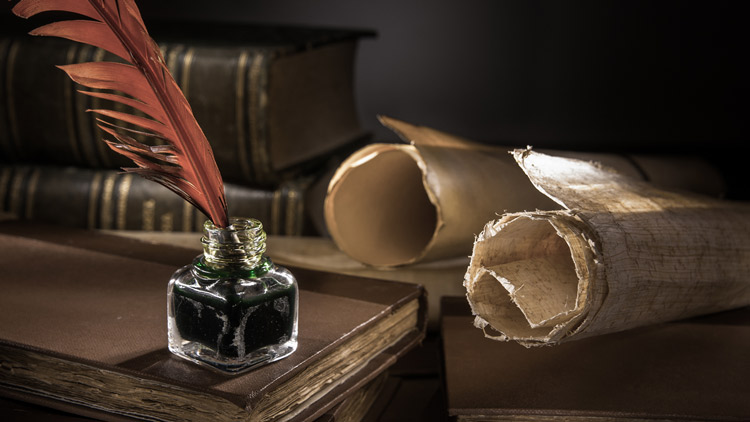 The Promise and the Blessing

I will make of you a great nation, and I will bless you and make your name great, so that you will be a blessing. I will bless those who bless you, and him who dishonors you I will curse, and in you all the families of the earth shall be blessed.
Genesis 12:1-3

Children have a way of getting underfoot as dinner is being prepared. Sometimes parents feel like shouting, “Listen, why don’t all of you get out of the kitchen? Just go!”

At the Tower of Babel, the people did more than get underfoot; they turned their backs on God. Determined to have their own kingdom, they built their tower and tried to reach up to the heavens to see what they could do by their own might. As a result of this rebellion, God brought judgment by diversifying their languages and scattering them all over the world (Genesis 11:1-9).

Being far more justified than an exasperated parent, God could have sent the people away and been done with them. But He didn’t.

To demonstrate His grace, in the very next generation God began to repair what was broken. He spoke to a childless, elderly pagan man named Abram, whose name ironically meant “exalted father,” and He promised to reverse the effect of His judgment at Babel. People there had aimed to make their name great. God would make Abram’s great. They had sought to build their own kingdom. God would make Abram’s people a great nation. They had planned to find blessing in a world without God. God would bring blessing to the earth through Abram’s family. Sin would be unwound and its effects undone by God’s intervening grace.

In this very covenant God took Abram and made him Abraham, “the father of a multitude,” as He promised to extend His grace to this chosen servant and to future generations scattered throughout the earth.

God’s promise to Abraham is an early expression of the gospel promise. He made a promise to Abraham, and Abraham’s descendants later received the blessing. They would eventually realize, though, that the promise and blessing encompass all who believe in Jesus: “For in Christ Jesus you are all sons of God, through faith ... And if you are Christ’s, then you are Abraham’s offspring, heirs according to promise” (Galatians 3:26, 29). So, while the promises that God made to Abraham were partially fulfilled in the Old Testament nation of Israel, they were ultimately fulfilled in the gospel of Jesus Christ and in His people.

Catch just a tiny glimpse of the immensity of this fulfillment and your life will be forever changed. If you are in Christ today, the promise that God made to Abraham has your name on it. You are a citizen of heaven and serve a King descended from Abraham called Jesus. What God began as He spoke to Abram has come to encompass you as God calls people back into His kingdom, to enjoy Him face-to-face forever. Whatever else is true of you today, by faith you are a child of God, a member of Abraham’s people, and an heir to these glorious promises.

The Tower of Babel

1Now the whole earth had one language and the same words. 2And as people migrated from the east, they found a plain in the land of Shinar and settled there. 3And they said to one another, “Come, let us make bricks, and burn them thoroughly.” And they had brick for stone, and bitumen for mortar. 4Then they said, “Come, let us build ourselves a city and a tower with its top in the heavens, and let us make a name for ourselves, lest we be dispersed over the face of the whole earth.” 5And the Lord came down to see the city and the tower, which the children of man had built. 6And the Lord said, “Behold, they are one people, and they have all one language, and this is only the beginning of what they will do. And nothing that they propose to do will now be impossible for them. 7Come, let us go down and there confuse their language, so that they may not understand one another's speech.” 8So the Lord dispersed them from there over the face of all the earth, and they left off building the city. 9Therefore its name was called Babel, because there the Lord confused1 the language of all the earth. And from there the Lord dispersed them over the face of all the earth.

The Call of Abram

1Now the Lord said1 to Abram, “Go from your country2 and your kindred and your father's house to the land that I will show you. 2And I will make of you a great nation, and I will bless you and make your name great, so that you will be a blessing. 3I will bless those who bless you, and him who dishonors you I will curse, and in you all the families of the earth shall be blessed.”3

4So Abram went, as the Lord had told him, and Lot went with him. Abram was seventy-five years old when he departed from Haran. 5And Abram took Sarai his wife, and Lot his brother's son, and all their possessions that they had gathered, and the people that they had acquired in Haran, and they set out to go to the land of Canaan. When they came to the land of Canaan, 6Abram passed through the land to the place at Shechem, to the oak4 of Moreh. At that time the Canaanites were in the land. 7Then the Lord appeared to Abram and said, “To your offspring I will give this land.” So he built there an altar to the Lord, who had appeared to him. 8From there he moved to the hill country on the east of Bethel and pitched his tent, with Bethel on the west and Ai on the east. And there he built an altar to the Lord and called upon the name of the Lord. 9And Abram journeyed on, still going toward the Negeb.