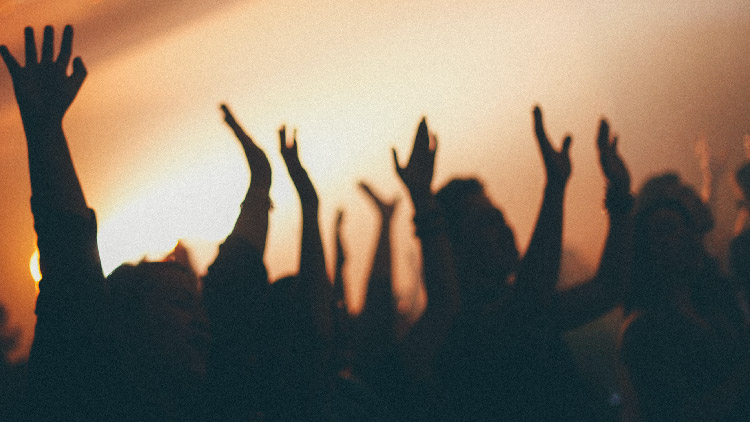 The Source of True Worship

When he was first found by Jesus, the blind beggar in John 9 had been helpless and hopeless. Then he had become the object of God’s supernatural intervention and had had his sight restored. As a result, his life had become both better and harder; for, as a result of having his sight restored by the Lord, he was denied the support of his parents, challenged by the Pharisees, reviled for his faith, and finally cast out of the synagogue. But when Jesus found and spoke with him, those losses paled in comparison to the one whom he had gained; and so he fell down at his Savior’s feet in devoted worship.

The picture at the outset of John 9 is of a man lost in hopelessness and helplessness. Yet the chapter ends with this man as he will always and forever be: a worshiper of Christ, the Messiah, the Savior, the King.

This man is actually a fulfillment of the statement that Jesus made earlier to another person that He’d sought out—the woman at the well. Jesus had told her, “The hour is coming, and is now here, when the true worshipers will worship the Father in spirit and truth, for the Father is seeking such people to worship him” (John 4:23). The blind beggar had been sought out by Jesus, his sight had been restored, his mind had been taught, and his life had been transformed. And what did he become with what he had been given? A worshiper!

Absence of worship comes from absence of faith. The blind beggar said, “Lord, I believe,” and then he worshiped. If you are not a worshiper, you won’t make yourself one by trying extra hard. Instead, check to see whether you are a believer! If you’ve come to believe that the Father accepted the sufferings of Christ as the sin offering for all who trust in Him, then you will understand why it is that the man cast himself before Jesus. We are not talking about a style of worship or how well we sing; if you are in Christ, worship is a reflex action, and praise is a genuine reality that permeates every facet of your life.

Men and women who throw themselves down at the feet of Christ do so because they understand who Jesus is, why He came, and what He has done for them. Christ-exalting praise is not all about us and the songs we want to sing; it’s all about God and giving glory to His name.

Has your love for God grown cold? Is praise and worship a burden for you rather than a delight? When those feelings creep in, the only remedy is to fix your eyes on Christ. Remind yourself afresh of His finished work on the cross, and you, like the blind beggar, will overflow with worship for Christ.

46And they came to Jericho. And as he was leaving Jericho with his disciples and a great crowd, Bartimaeus, a blind beggar, the son of Timaeus, was sitting by the roadside. 47And when he heard that it was Jesus of Nazareth, he began to cry out and say, “Jesus, Son of David, have mercy on me!” 48And many rebuked him, telling him to be silent. But he cried out all the more, “Son of David, have mercy on me!” 49And Jesus stopped and said, “Call him.” And they called the blind man, saying to him, “Take heart. Get up; he is calling you.” 50And throwing off his cloak, he sprang up and came to Jesus. 51And Jesus said to him, “What do you want me to do for you?” And the blind man said to him, “Rabbi, let me recover my sight.” 52And Jesus said to him, “Go your way; your faith has made you well.” And immediately he recovered his sight and followed him on the way.