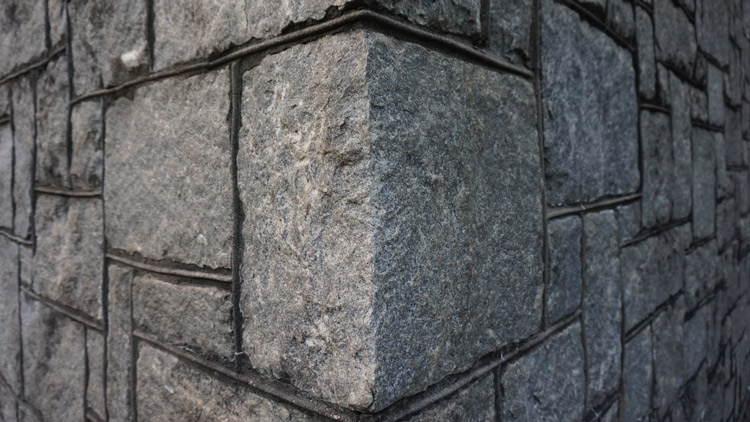 There is salvation in no one else, for there is no other name under heaven given among men by which we must be saved.
Acts 4:12

Near the campus of Northwestern University in suburban Chicago, there is a vast temple erected by the Bahá’í faith. It’s a magnificent structure, with nine porticos—one for each of nine major world religions—all leading to one central auditorium. The architecture is meant to signify the many paths to “truth,” which Bahá’ís believe cannot be found in any one dogma, person, or entity.

This mindset is not much different from the cultural environment in which the apostle Paul lived. The Roman Empire was very open, very willing to think expansively, and very prepared to absorb all kinds of religions. Indeed, Rome housed a vast collection of idols and gods in its pantheon, paying homage to its belief in multiple avenues to truth.

How, then, could such a pluralistic, open, polytheistic culture also feed Christians to lions in the Colosseum? Why did Emperor Nero target believers, even going so far as to use their bodies as human torches to light his parties?

The answer lies in a simple fact: Roman culture could not and would not tolerate Christianity because Christians were not prepared to simply add Christ to the imagined pantheon. Rather, they held fast to the truth that, as Peter and John courageously told the same Jewish court that had sentenced the Lord Jesus to death, there is salvation in no name other than that of Jesus. In first-century Roman culture, as soon as people professed this belief, they were scorned, and mocked, and sometimes even sentenced to death.

Pluralism cannot abide—indeed, it is often mercilessly intolerant towards—those who reject its view that all paths are equally valid. Some 2,000 years later, we must acknowledge that we are living in an environment not incomparable to the Roman Empire, albeit thankfully less brutal in its persecutions. Biblical Christianity, with a Christ who will come again in glory, an inerrant Bible, and a triune Godhead, is an offense to a pluralistic world.

Despite what the world around us may believe, though, Jesus does not belong on a pedestal next to other false gods or religious figures. He is far more than just another portico that leads to truth. As the Philistine god Dagon fell and was broken before the ark of the Lord (1 Samuel 5:1-4), so all others will be revealed to be nothing compared to Him. That message is not popular, but it remains true—and it is wonderful, for if there were no crucified Savior, there would be no way at all to eternal life, for all other ways lead only to death. One day Buddha, Muhammad, and every other false prophet will bow at Jesus’ feet and declare that He is Lord, to the glory of God the Father. Until that day comes, hold fast to the truth and seek to point people to the one who is the way, the truth, and the life that we all need (John 14:6). It was Christians following the example of John and Peter’s refusal to give up or stay silent that changed the Roman Empire; by God’s grace, we could likewise transform the world today as we follow in their footsteps.

Peter and John Before the Council

1And as they were speaking to the people, the priests and the captain of the temple and the Sadducees came upon them, 2greatly annoyed because they were teaching the people and proclaiming in Jesus the resurrection from the dead. 3And they arrested them and put them in custody until the next day, for it was already evening. 4But many of those who had heard the word believed, and the number of the men came to about five thousand.

5On the next day their rulers and elders and scribes gathered together in Jerusalem, 6with Annas the high priest and Caiaphas and John and Alexander, and all who were of the high-priestly family. 7And when they had set them in the midst, they inquired, “By what power or by what name did you do this?” 8Then Peter, filled with the Holy Spirit, said to them, “Rulers of the people and elders, 9if we are being examined today concerning a good deed done to a crippled man, by what means this man has been healed, 10let it be known to all of you and to all the people of Israel that by the name of Jesus Christ of Nazareth, whom you crucified, whom God raised from the dead—by him this man is standing before you well. 11This Jesus1 is the stone that was rejected by you, the builders, which has become the cornerstone.2 12And there is salvation in no one else, for there is no other name under heaven given among men3 by which we must be saved.”

13Now when they saw the boldness of Peter and John, and perceived that they were uneducated, common men, they were astonished. And they recognized that they had been with Jesus. 14But seeing the man who was healed standing beside them, they had nothing to say in opposition. 15But when they had commanded them to leave the council, they conferred with one another, 16saying, “What shall we do with these men? For that a notable sign has been performed through them is evident to all the inhabitants of Jerusalem, and we cannot deny it. 17But in order that it may spread no further among the people, let us warn them to speak no more to anyone in this name.” 18So they called them and charged them not to speak or teach at all in the name of Jesus. 19But Peter and John answered them, “Whether it is right in the sight of God to listen to you rather than to God, you must judge, 20for we cannot but speak of what we have seen and heard.” 21And when they had further threatened them, they let them go, finding no way to punish them, because of the people, for all were praising God for what had happened. 22For the man on whom this sign of healing was performed was more than forty years old.

Footnotes
1 4:11 Greek This one
2 4:11 Greek the head of the corner
3 4:12 The Greek word anthropoi refers here to both men and women
Topics: Jesus Christ Pluralism Salvation