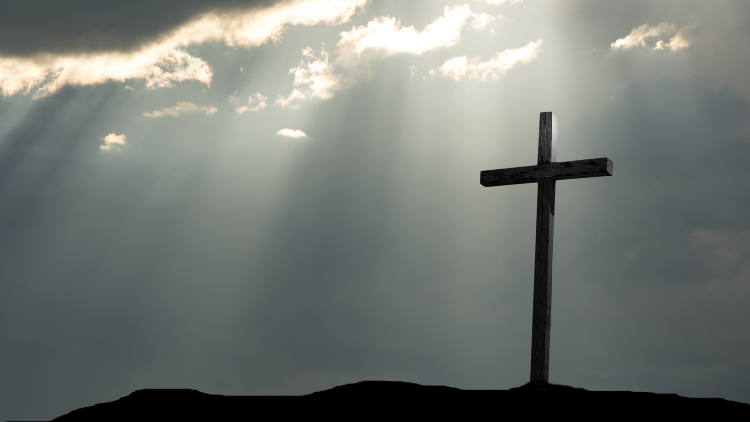 This Is the King

The people stood by, watching, but the rulers scoffed at him, saying, “He saved others; let him save himself, if he is the Christ of God, his Chosen One!” The soldiers also mocked him, coming up and offering him sour wine and saying, “If you are the King of the Jews, save yourself!” There was also an inscription over him, “This is the King of the Jews.”
Luke 23:35-38

In Roman-occupied Judea, it was customary for an executed individual to have a sign hanging around his neck declaring the crime he had committed. But with Jesus, there was a problem: Jesus was completely innocent of any wrongdoing.

Why, then, did Pilate put a sign on Jesus’ cross that read “This is the King of the Jews”?

The answer comes in John’s Gospel. John reminds us that Jesus was the heralded Messiah. Here was the Chosen One of Israel. And Pilate, aware of these prophecies, aware of all the hope and expectation surrounding Jesus, wanted to force the Jews to wrestle with the reality that their apparent king was no king at all—that here he was, a disfigured body hanging on a bitter cross.

Therefore, John records, the Jewish leaders came to Pilate and asked him to change the sign. They wanted it to read, “This man said, I am King of the Jews.” But Pilate retorted, “What I have written I have written” (John 19:21-22). His decision was final. And so it was that Jesus died under a sign proclaiming His true identity.

Yet in response to the sign, in response to Jesus’ kingship, “the rulers scoffed at him” and “the soldiers also mocked him.” From the top of society to the bottom, from the most refined to the roughest, the reaction was the same: rejection. Rulers and soldiers alike took the view that a genuine Messiah would deliver Himself. In other words, they assumed they would know that Jesus really was the Messiah if He saved Himself. It is a tragic irony, for it is actually because Jesus didn’t save Himself that He is able to save those who come to God through Him. God’s ways are not man’s ways. The proof of Jesus’ identity, and of His love, is that He chose to die under that sign.

It is easy to assume that we do not scoff and mock like those around the cross. Yet sometimes we think and act just like the rulers and soldiers, waiting for God to do something that makes perfect sense to us, refusing to trust that His ways are always good and loving, and then failing to see His perfect plan unfold right in front of us. When such temptation creeps in, remember just how accurate Pilate’s inscription was. Christ was and is the King of the Jews. Indeed, He is the “King of kings and Lord of lords” (Revelation 19:16), worthy of all our trust, praise, and adoration.

The Rider on a White Horse

11Then I saw heaven opened, and behold, a white horse! The one sitting on it is called Faithful and True, and in righteousness he judges and makes war. 12His eyes are like a flame of fire, and on his head are many diadems, and he has a name written that no one knows but himself. 13He is clothed in a robe dipped in4 blood, and the name by which he is called is The Word of God. 14And the armies of heaven, arrayed in fine linen, white and pure, were following him on white horses. 15From his mouth comes a sharp sword with which to strike down the nations, and he will rule them with a rod of iron. He will tread the winepress of the fury of the wrath of God the Almighty. 16On his robe and on his thigh he has a name written, King of kings and Lord of lords.

Footnotes
4 19:13 Some manuscripts sprinkled with
Topics: Christ as King The Cross Salvation