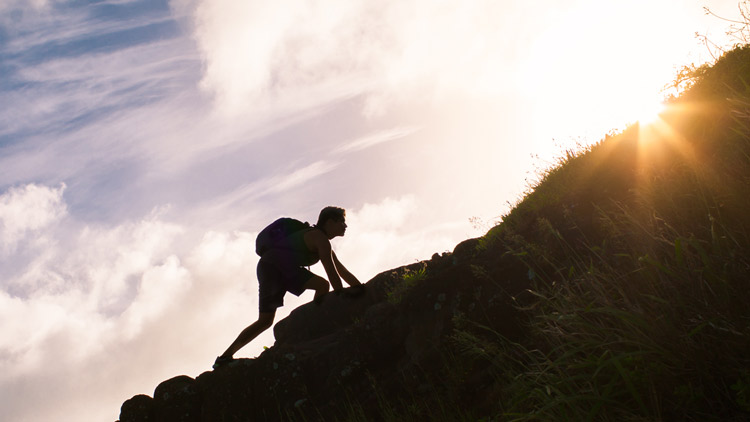 Joshua the son of Nun and Caleb the son of  Jephunneh … tore their clothes and said to all the congregation of the people of Israel, “The land, which we passed through to spy it out, is an exceedingly good land. If the Lord delights in us, he will bring us into this land and give it to us, a land that flows with milk and honey.”
Numbers 14:6-8

On May 3, 1953, an airliner bound for London from Singapore crashed 22 miles northwest of Kolkata, India, with no survivors. Fred Mitchell, who had become the director of China Inland Mission ten years before, was traveling on that aircraft. In his biography, Fred was described as “an ordinary man from a village home with working-class parents, who spent the greater part of his life as a chemist in the provinces—and who walked with God.”[1]

Until Caleb the son of Jephunneh became a spy, appointed by Moses to scope out the land that God had promised to give His people, there was nothing to indicate that he was particularly significant or distinguished, either. But it was almost certainly in those ordinary experiences, along the humdrum track of his life, that God forged and developed the character that is revealed in Numbers 14.

Crisis tends to reveal character. When the Israelite spies came back to report on their discoveries in Canaan, they announced that the cities were fortified, and that “we are not able to go up against the people, for they are stronger than we … we seemed to ourselves like grasshoppers” (Numbers 13:31, 33). And the people responded by accusing God of bringing them to a land where they would be killed (14:3).

Caleb’s commitment to God stands out. He was prepared to resist the tide of popular opinion. When the spies recommended not entering the promised land, he stood against them. When everybody was rebelling against God, he would not join them. He, along with his faithful friend Joshua, were the only men to advise courageous obedience to God.

Caleb was certain of what could be accomplished by God’s power. He did not deny the truth of what the other spies had to say; he simply looked at it from a different perspective. He was confident not in his ability nor in the ability of the Israelites but in the power of God and the trustworthiness of His character. He was a man of faith in the midst of fear. He knew that a grasshopper helped by God is a grasshopper that can do great things.

Although we may feel that our lives are simply routine, we can always seek God in the ordinary. In the most mundane moments, He will forge our character so that we too can become people of courage in all circumstances. God is not looking for giants through whom to achieve His plans. He is looking for ordinary people who are prepared to trust Him, step out in faith, and courageously obey. There is nothing to stop you being that person today.

Report of the Spies

25At the end of forty days they returned from spying out the land. 26And they came to Moses and Aaron and to all the congregation of the people of Israel in the wilderness of Paran, at Kadesh. They brought back word to them and to all the congregation, and showed them the fruit of the land. 27And they told him, “We came to the land to which you sent us. It flows with milk and honey, and this is its fruit. 28However, the people who dwell in the land are strong, and the cities are fortified and very large. And besides, we saw the descendants of Anak there. 29The Amalekites dwell in the land of the Negeb. The Hittites, the Jebusites, and the Amorites dwell in the hill country. And the Canaanites dwell by the sea, and along the Jordan.”

30But Caleb quieted the people before Moses and said, “Let us go up at once and occupy it, for we are well able to overcome it.” 31Then the men who had gone up with him said, “We are not able to go up against the people, for they are stronger than we are.” 32So they brought to the people of Israel a bad report of the land that they had spied out, saying, “The land, through which we have gone to spy it out, is a land that devours its inhabitants, and all the people that we saw in it are of great height. 33And there we saw the Nephilim (the sons of Anak, who come from the Nephilim), and we seemed to ourselves like grasshoppers, and so we seemed to them.”