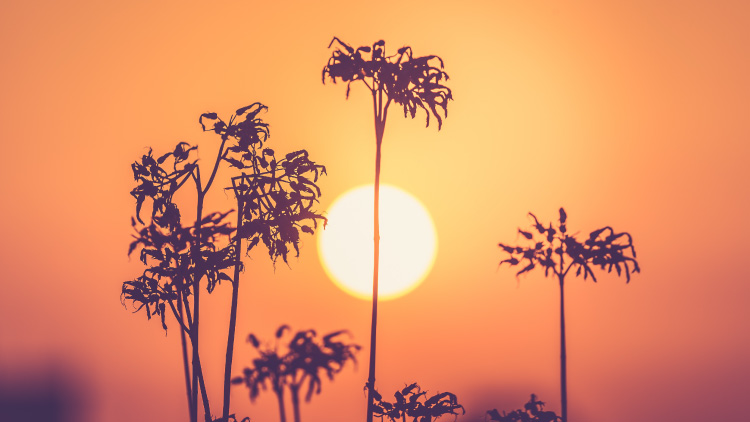 His Glory, Our Concern

She bowed and gave birth, for her pains came upon her. And about the time of her death … she named the child Ichabod, saying, “The glory has departed from Israel!” because the ark of God had been captured and because of her father-in-law and her husband.
1 Samuel 4:19-21

Do you ever see somebody in passing, perhaps on a bus or in a store, and find yourself struck by the thought that there’s a whole life wrapped up in that person—hopes, dreams, sadnesses, regrets? Phinehas’s wife—we don’t even know her name—is someone who may cause us to wonder, “What had her life been?”

Presumably, there would have been great joy and celebration at this woman’s wedding. After all, she was marrying a priest! As time went by, however, she likely became aware of her husband’s double standards: he fulfilled his priestly duties, but he also abused his role to sleep with other women, which was a matter of public knowledge (1 Samuel 2:22).

Now, heavily pregnant with his child, “she heard the news” (1 Samuel 4:19) that the Philistines had slain her husband and captured the ark of the Lord (v 11). Typically, you would think that the death of a spouse would head the list of concerns, with every other consideration in the world receding in comparison. But this was not the case for Phinehas’s wife. For this woman, the spiritual implications of the ark of God being captured far outweighed even the most distressing temporal concerns. Even the news that she had borne a son did not rally her. And so she named her child Ichabod, which simply means “no glory” or “Where is the glory?”

In all her pain, disappointment, and loss, somehow, deep inside, Phinehas’s wife had laid hold of something that even those closest to her had not grasped. She knew that God’s glory mattered more than Eli’s name, mattered more than Shiloh, and mattered more than victory in battle. As Dale Ralph Davis writes, “She taught more theology in her death than Phinehas had done in his whole life.”[1]

This woman must have lived in the presence of God. When her husband let her down and she was aware of the discrepancy between his public profession and his private reality, she must have run to the Lord, her “very present help in trouble” (Psalm 46:1). Otherwise, concern over His glory would not have been her response.

What about you? Is God’s glory and presence your greatest concern? Does the advance of His cause and honor of His name matter more to you than anything? This way lies real freedom, for it means you always look forward to life in the very presence of God—that city where there is no temple, “for its temple is the Lord God the Almighty and the Lamb. And the city has no need of sun or moon to shine on it, for the glory of God gives it light” (Revelation 21:22-23). In the details of your day, in the trials of life, and at the moment of your death, turn to God as your refuge and strong tower (Proverbs 18:10). Only then will you discover or remember that God’s glory truly is our greatest hope and joy.

The Lord Is My Rock and My Fortress

To the choirmaster. A Psalm of David, the servant of the Lord, who addressed the words of this song to the Lord on the day when the Lord rescued him from the hand of all his enemies, and from the hand of Saul. He said:

2The Lord is my rock and my fortress and my deliverer,

my God, my rock, in whom I take refuge,

my shield, and the horn of my salvation, my stronghold.

3I call upon the Lord, who is worthy to be praised,

and I am saved from my enemies.

4The cords of death encompassed me;

the torrents of destruction assailed me;1

5the cords of Sheol entangled me;

the snares of death confronted me.

6In my distress I called upon the Lord;

to my God I cried for help.

From his temple he heard my voice,

and my cry to him reached his ears.

7Then the earth reeled and rocked;

the foundations also of the mountains trembled

and quaked, because he was angry.

8Smoke went up from his nostrils,2

and devouring fire from his mouth;

glowing coals flamed forth from him.

9He bowed the heavens and came down;

thick darkness was under his feet.

10He rode on a cherub and flew;

he came swiftly on the wings of the wind.

11He made darkness his covering, his canopy around him,

12Out of the brightness before him

hailstones and coals of fire broke through his clouds.

13The Lord also thundered in the heavens,

and the Most High uttered his voice,

hailstones and coals of fire.

14And he sent out his arrows and scattered them;

he flashed forth lightnings and routed them.

15Then the channels of the sea were seen,

and the foundations of the world were laid bare

at your rebuke, O Lord,

at the blast of the breath of your nostrils.

he drew me out of many waters.

17He rescued me from my strong enemy

and from those who hated me,

for they were too mighty for me.

18They confronted me in the day of my calamity,

but the Lord was my support.

19He brought me out into a broad place;

he rescued me, because he delighted in me.

20The Lord dealt with me according to my righteousness;

according to the cleanness of my hands he rewarded me.

21For I have kept the ways of the Lord,

and have not wickedly departed from my God.

22For all his rules3 were before me,

and his statutes I did not put away from me.

23I was blameless before him,

and I kept myself from my guilt.

24So the Lord has rewarded me according to my righteousness,

according to the cleanness of my hands in his sight.

25With the merciful you show yourself merciful;

with the blameless man you show yourself blameless;

26with the purified you show yourself pure;

and with the crooked you make yourself seem tortuous.

27For you save a humble people,

but the haughty eyes you bring down.

28For it is you who light my lamp;

the Lord my God lightens my darkness.

29For by you I can run against a troop,

and by my God I can leap over a wall.

30This God—his way is perfect;4

the word of the Lord proves true;

he is a shield for all those who take refuge in him.

And who is a rock, except our God?—

32the God who equipped me with strength

and made my way blameless.

33He made my feet like the feet of a deer

and set me secure on the heights.

34He trains my hands for war,

so that my arms can bend a bow of bronze.

35You have given me the shield of your salvation,

and your right hand supported me,

and your gentleness made me great.

36You gave a wide place for my steps under me,

and my feet did not slip.

37I pursued my enemies and overtook them,

and did not turn back till they were consumed.

38I thrust them through, so that they were not able to rise;

they fell under my feet.

39For you equipped me with strength for the battle;

you made those who rise against me sink under me.

40You made my enemies turn their backs to me,5

and those who hated me I destroyed.

41They cried for help, but there was none to save;

they cried to the Lord, but he did not answer them.

42I beat them fine as dust before the wind;

I cast them out like the mire of the streets.

43You delivered me from strife with the people;

you made me the head of the nations;

people whom I had not known served me.

44As soon as they heard of me they obeyed me;

foreigners came cringing to me.

and came trembling out of their fortresses.

46The Lord lives, and blessed be my rock,

and exalted be the God of my salvation—

47the God who gave me vengeance

and subdued peoples under me,

48who delivered me from my enemies;

yes, you exalted me above those who rose against me;

you rescued me from the man of violence.

49For this I will praise you, O Lord, among the nations,

and sing to your name.

50Great salvation he brings to his king,

and shows steadfast love to his anointed,

to David and his offspring forever.