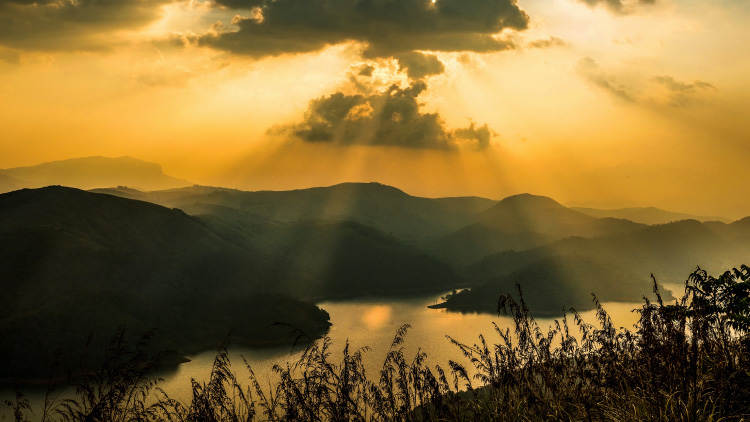 A New Kind of Peace

Jesus came and stood among them and said to them, “Peace be with you.” When he had said this, he showed them his hands and his side. Then the disciples were glad.
John 20:19-20

Many of us who have lost someone dear can recall evenings in the aftermath of loss when it felt difficult even to breathe. We sat there with others, grieving in a silence punctuated every so often by reflection.

On the Sunday evening following Jesus’ death, we can imagine His disciples going through a similar experience. Maybe one said, Do you remember how excited and hopeful we were when He walked on water? Perhaps another added, I remember Him weeping at the tomb of Lazarus. I won’t ever forget it. In all their reminiscence, they doubtless felt a stabbing awareness that they would never again on earth see Jesus’ face. Of that they were convinced. They were fearful of the future. They had just witnessed Christ’s execution, and they had locked the door behind them (John 20:19), worried that they would be the next targets.

Jesus knew this. Therefore, when He appeared quietly among them that night, the first word to come out of His mouth was “Peace,” or Shalom. This was a customary Semitic greeting that came with warmth and without rebuke, blame, or disappointment. Then He showed them His hands and His side. It was Him. The Jesus whom they were convinced they would never see again was actually standing among them!

“Peace be with you” gave the disciples an indication not simply that their gladness should be prompted by the awareness that He was no longer dead but of something far greater: that by His resurrection, Jesus had now come to bestow a new kind of peace as a result of His blood shed upon the cross. And the peace with which He greeted them is the same peace that He gives to every pardoned sinner.

Shalom takes on a whole new meaning for those who discover this peace. In our weary world, bowing under the weight of all that is difficult and broken, tainted by indifference toward or denial of Almighty God in all His majesty, we know that He still seeks us out. Just as He came up behind Mary Magdalene at the open tomb (John 20:11-18) and the two disciples on the road to Emmaus (Luke 24:13-35), so He pursues you and me in love, bidding us find peace in Him, the one at whose birth the angels sang, “Peace on earth” (Luke 2:14, CSB).

In the face of fear, our world aches for peace. But longing for it and singing about it will not create it. Peace can only be found in Jesus’ words: “In me you may have peace” (John 16:33; emphasis added). The resurrection doesn’t simply mean there is a Christ. It means that Christ is alive forever and that He gives us peace with the Father and peace in ourselves, today and forever. Whatever storms are raging around you or inside you, make sure you hear the voice of your risen Savior today, saying, “Peace be with you.”

Jesus Appears to the Disciples

19On the evening of that day, the first day of the week, the doors being locked where the disciples were for fear of the Jews,3 Jesus came and stood among them and said to them, “Peace be with you.” 20When he had said this, he showed them his hands and his side. Then the disciples were glad when they saw the Lord. 21Jesus said to them again, “Peace be with you. As the Father has sent me, even so I am sending you.” 22And when he had said this, he breathed on them and said to them, “Receive the Holy Spirit. 23If you forgive the sins of any, they are forgiven them; if you withhold forgiveness from any, it is withheld.”

Footnotes
2 20:16 Or Hebrew
3 20:19 Greek Ioudaioi probably refers here to Jewish religious leaders, and others under their influence, in that time
Topics: Jesus Christ Peace Resurrection