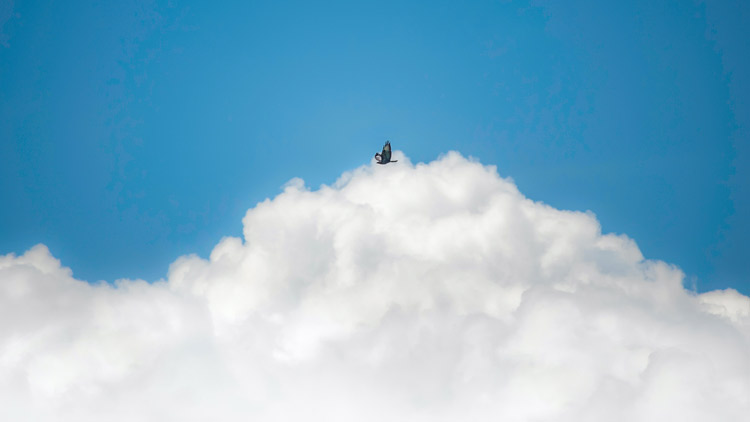 An Ear Open, a Will Ready

The Lord said to him, ‘Rise and go to the street called Straight, and at the house of Judas look for a man of Tarsus named Saul, for behold, he is praying.’
Acts 9:11

In the Bible, there is no mention of Ananias before his appearance in Acts 9, and there is only one brief mention of him after that (Acts 22:12). By all accounts, he was not a tremendous man who had done great things by the world’s standards. Even so, God saw a faithful heart within him and chose to use him in a tremendous way in the conversion of Saul (who subsequently became known as Paul).

Like Ananias, you may not have done tremendous things in your life, gone to amazing places, or gained any sort of great popularity. But God is in the business of setting His hand upon certain individuals and using them to accomplish His will. Our part is simply to be like Ananias, with ears open and wills ready to hear and obey our God.

Ananias’ response to God is remarkable when we consider what God was calling him to do, and for whom. He had “heard from many about this man [Saul], how much evil he has done to your saints at Jerusalem,” and he knew that in Damascus Saul had “authority … to bind all who call on your name” (Acts 9:13-14). Yet he willingly chose to obey God’s call despite any fear or resentment he had of Saul and his reputation. He heard, and he acted. How often do we make excuses for our own inaction in response to God’s call? How often do we hide behind our fear or live with excessive caution, forgetting that “God gave us a spirit not of fear but of power and love and self-control” (2 Timothy 1:7)? Ananias displayed this powerful spirit through his obedience.

Our culture values big names, big accomplishments, and big ratings. God does not have the same preoccupations. Ananias had no great name or huge fanfare; he simply had an ear open to God’s voice and a will obedient to His command. This resulted in a life sacrificed for usefulness in God’s service. And on this day, it meant that he was the first to tangibly extend God’s love and grace to Saul as he reached out and called him “brother” (Acts 9:17). And so, though he may be a small character in the Bible, there is much you and I can learn from him. You may receive little to no recognition for your faithfulness to Christ in this life. You may take risks and make sacrifices in service to Him and feel that not much changes and no one notices. But far better than anything this world can give, you can look forward to hearing God’s “Well done, good and faithful servant” (Matthew 25:21) as you enter the kingdom of heaven. No good work done in His service is ever wasted. He weaves it all into the great story of salvation.

Isaiah's Vision of the Lord

“Holy, holy, holy is the Lord of hosts;

the whole earth is full of his glory!”2

4And the foundations of the thresholds shook at the voice of him who called, and the house was filled with smoke. 5And I said: “Woe is me! For I am lost; for I am a man of unclean lips, and I dwell in the midst of a people of unclean lips; for my eyes have seen the King, the Lord of hosts!”

6Then one of the seraphim flew to me, having in his hand a burning coal that he had taken with tongs from the altar. 7And he touched my mouth and said: “Behold, this has touched your lips; your guilt is taken away, and your sin atoned for.”

Isaiah's Commission from the Lord

“‘Keep on hearing,3 but do not understand;

keep on seeing,4 but do not perceive.’

10Make the heart of this people dull,5

and their ears heavy,

and blind their eyes;

and hear with their ears,

and understand with their hearts,

and turn and be healed.”

and houses without people,

and the land is a desolate waste,

12and the Lord removes people far away,

and the forsaken places are many in the midst of the land.

13And though a tenth remain in it,

it will be burned6 again,

when it is felled.”

The holy seed7 is its stump.