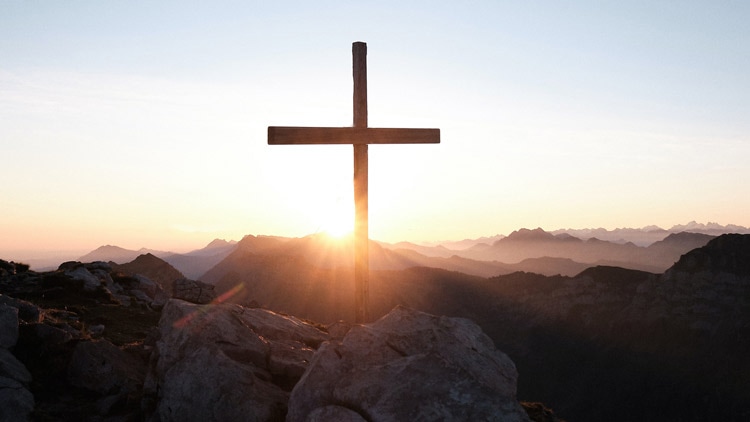 Do not be overcome by evil, but overcome evil with good.
Romans 12:21

While studying at Cambridge University in the 1940s, a young woman became the Secretary of the Communist Party. The winter of 1946-47 was phenomenally severe, causing water pipes to partially freeze and therefore resulting in a water shortage. The female students were limited to one bath each week, and as they waited in the long line, there was a lot of grumbling and jockeying for position—including on the part of the Communist Party Secretary.

One of the girls who had the most direct access to the bathroom was a Christian. The Communist student noticed over time that this girl never asserted her rights and responded gently to the selfishness of others. The Christian was practicing and living what the young Communist claimed to believe but did not do. That observation led to a conversation, a conversion—and, eventually, a new missionary in the Far East.

Whenever we try to defeat evil by our own evil words and deeds, we are consumed. Evil cannot be overcome by a similarly evil force. Evil is doubled rather than negated. If we lose control of our ourselves as we engage with an enemy, then we have been defeated not by that person but by the Evil One. We are the ones who have been overcome and have lost the opportunity to do what is right in God’s eyes.

Overcoming evil is a popular notion in our culture. We hear it in songs and motivational slogans. Often the idea is that if we can just “stand together,” we will succeed in defeating the ills that plague us. It’s a noble idea, but it lacks the necessary power. We can’t overcome evil on our own; it simply won’t work. We are “more than conquerors” only “through him who loved us” (Romans 8:37). The power of God by His Spirit and His word gives us both the impetus and the strength we need to triumph.

This is the path that Jesus took. He did not take vengeance into His own hands but entrusted Himself to the hands of the Father. Christ went to the cross, where love triumphed over evil. As we choose to be gentle, do good, and walk the way of the cross, we will experience God’s power at work in us to overcome evil with the goodness of His love.

The hymn writer Charles Tindley reminded us of this truth when he wrote:

8Finally, all of you, have unity of mind, sympathy, brotherly love, a tender heart, and a humble mind. 9Do not repay evil for evil or reviling for reviling, but on the contrary, bless, for to this you were called, that you may obtain a blessing. 10For

“Whoever desires to love life

let him keep his tongue from evil

and his lips from speaking deceit;

11let him turn away from evil and do good;

let him seek peace and pursue it.

12For the eyes of the Lord are on the righteous,

and his ears are open to their prayer.

But the face of the Lord is against those who do evil.”

13Now who is there to harm you if you are zealous for what is good? 14But even if you should suffer for righteousness' sake, you will be blessed. Have no fear of them, nor be troubled,