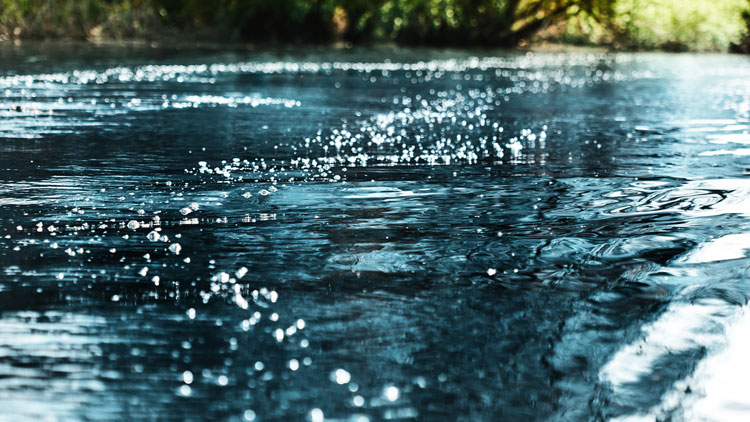 The Soul’s Only Cure

Naaman, commander of the army of the king of Syria, was a great man with his master and in high favor, because by him the Lord had given victory to Syria. He was a mighty man of valor, but he was a leper.
2 Kings 5:1

From any angle, it appeared that Naaman had made it.

Naaman was a man of the great Syrian city of Damascus. Two rivers that began in the mountains of Lebanon flowed with pristine beauty into a fertile oasis where this city had been built. It was a place of wealth and leisure, and provided the cultural attractions of art, music, and recreation. As the successful commander of the Syrian army, Naaman had an enviable position of power and prestige, and he was highly regarded, including by his king. And, no doubt, with his power and prestige came great possessions.

In other words, here was a man who had everything going his way. Except for one thing.

There was one dimension to Naaman’s existence which cast long shadows over everything else that he enjoyed. His many proud achievements were dimmed and dominated by this one clause: “But he was a leper.” All that he enjoyed—his many opportunities and his possessions—could not come close to tackling his problem. There wasn’t anything that he was able to do… and the leprosy was spoiling his life.

The physical condition that plagued Naaman is a picture of the spiritual condition from which each one of us suffers. His leprosy was a scarring, contagious, ugly condition. It is a classic biblical picture of humanity’s nature, which is tainted by sin.

When we describe ourselves and our context to others, we might list who we know, the places we’ve been to, and all that we’ve achieved. Yet at the end of all of that, without Christ, we’re inevitably heading for that same little word as Naaman: but…

Leprosy had no regard for Naaman’s status, and sin has no regard for ours. “All have sinned and fall short of the glory of God” (Romans 3:23), and “all” truly means “all.” There is not a man or woman who is omitted from the scope of that all-inclusive statement. There is no wealth that can buy us out of sin and no goodness that can cover it over.

We all suffer from the leprosy of our souls, for which there is no cure apart from Christ. Only when we admit that our status and possessions cannot deal with our greatest issue can we then turn to Jesus, our Great Physician, who took on our condition so that we might be healed. Just as He was willing to reach out and touch a leper, rendering Himself unclean but healing the man entirely, so on the cross He became sin so that we might become righteous in God’s sight (2 Corinthians 5:21).

Today, you are surrounded by Naamans: people who enjoy prestige, power, and possessions—people who have made it but who are nonetheless spoiled by sin and facing judgment. Here is a truth that undermines our envy of others and arouses compassion instead. As Naaman required a cure for his leprosy, every man and woman requires a solution for sin—and you know the cure.

12While he was in one of the cities, there came a man full of leprosy.2 And when he saw Jesus, he fell on his face and begged him, “Lord, if you will, you can make me clean.” 13And Jesus3 stretched out his hand and touched him, saying, “I will; be clean.” And immediately the leprosy left him. 14And he charged him to tell no one, but “go and show yourself to the priest, and make an offering for your cleansing, as Moses commanded, for a proof to them.” 15But now even more the report about him went abroad, and great crowds gathered to hear him and to be healed of their infirmities. 16But he would withdraw to desolate places and pray.

17On one of those days, as he was teaching, Pharisees and teachers of the law were sitting there, who had come from every village of Galilee and Judea and from Jerusalem. And the power of the Lord was with him to heal.4 18And behold, some men were bringing on a bed a man who was paralyzed, and they were seeking to bring him in and lay him before Jesus, 19but finding no way to bring him in, because of the crowd, they went up on the roof and let him down with his bed through the tiles into the midst before Jesus. 20And when he saw their faith, he said, “Man, your sins are forgiven you.” 21And the scribes and the Pharisees began to question, saying, “Who is this who speaks blasphemies? Who can forgive sins but God alone?” 22When Jesus perceived their thoughts, he answered them, “Why do you question in your hearts? 23Which is easier, to say, ‘Your sins are forgiven you,’ or to say, ‘Rise and walk’? 24But that you may know that the Son of Man has authority on earth to forgive sins”—he said to the man who was paralyzed—“I say to you, rise, pick up your bed and go home.” 25And immediately he rose up before them and picked up what he had been lying on and went home, glorifying God. 26And amazement seized them all, and they glorified God and were filled with awe, saying, “We have seen extraordinary things today.”

27After this he went out and saw a tax collector named Levi, sitting at the tax booth. And he said to him, “Follow me.” 28And leaving everything, he rose and followed him.

29And Levi made him a great feast in his house, and there was a large company of tax collectors and others reclining at table with them. 30And the Pharisees and their scribes grumbled at his disciples, saying, “Why do you eat and drink with tax collectors and sinners?” 31And Jesus answered them, “Those who are well have no need of a physician, but those who are sick. 32I have not come to call the righteous but sinners to repentance.”

Footnotes
2 5:12 Leprosy was a term for several skin diseases; see Leviticus 13
3 5:13 Greek he
4 5:17 Some manuscripts was present to heal them
Topics: Effects of Sin Healing Salvation