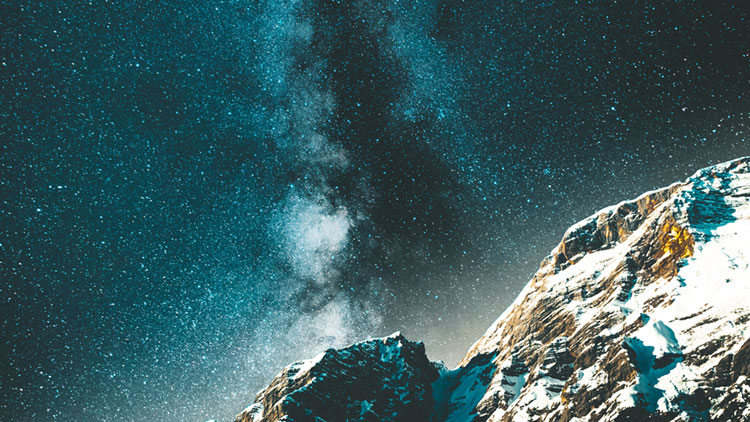 His Power in Our Weakness

The Lord said to Gideon, “The people with you are too many for me to give the Midianites into their hand, lest Israel boast over me, saying, ‘My own hand has saved me.’ Now therefore proclaim in the ears of the people, saying, ‘Whoever is fearful and trembling, let him return home and hurry away from Mount Gilead.’” Then 22,000 of the people returned, and 10,000 remained.
Judges 7:2-3

God’s purpose for His people in every age is that we might depend upon Him entirely.

When God called him to save the Israelites, Gideon was faced with an overwhelming task: his army had to face the Midianites. Their army was said to be as overwhelming as locusts, and “their camels were without number, as the sand that is on the seashore in abundance” (Judges 7:12). Gideon’s army of 32,000 paled in comparison.

And then the Lord said to him, “The people with you are too many for me to give the Midianites into their hand.” And so 22,000 left the army. No doubt Gideon was doing the math and wondering how he could strategically match strength for strength with even fewer soldiers. What he didn’t know was that he was about to learn the necessity of weakness.

God is always at work in our circumstances to bring us to a greater dependence on Him and a deeper praise for His rescue. In Gideon’s life, as in our own lives today, God left no doubt that He alone is God. His glory won’t be shared with or stolen by anyone else. Simply put, God is wholly adequate; we are not. Both then and now, He helps us see the necessity of humbly acknowledging our weakness in order to magnify His greatness. The truth is, our pride is at its ugliest when it emerges as spiritual pride—when we begin to boast in our experiences with God or our successes for God. That was the tendency of the “super-apostles” to whom Paul referred in 2 Corinthians 12:11; they seemed so powerful, full of stories to tell about how they were filled with the power of the Spirit. But Paul simply answered, “If I should wish to boast, I would not be a fool, for I would be speaking the truth; but I refrain from it, so that no one may think more of me than he sees in me or hears from me” (v 6). He understood that humility, weakness, and inadequacy are all key to usefulness in God’s kingdom.

That is why God further reduced Gideon’s army to a mere 300 (Judges 7:7). He was going to achieve His plan with so few people that when the victory came, everyone would know the source of the victory. And in God’s kindness, He still does this for us today. He reminds us that those who are most useful to His plan and purpose are those who, in the world’s eyes, are not up to the task—because then it is clear that it is His work and not theirs. This is bad news for you if you would like to hold on to your pride and self-dependence. It is bad news for you if you would like to receive praise. It is, however, amazing news for you if you know you are inadequate for the tasks that God sets before you. What among the things you are facing do you feel wholly ill-equipped to handle? Depend on Him and walk forward in obedience, and you will discover that His power is displayed in your weakness (2 Corinthians 12:9-10)—and you will praise Him all the more.

1Then Jerubbaal (that is, Gideon) and all the people who were with him rose early and encamped beside the spring of Harod. And the camp of Midian was north of them, by the hill of Moreh, in the valley.

2The Lord said to Gideon, “The people with you are too many for me to give the Midianites into their hand, lest Israel boast over me, saying, ‘My own hand has saved me.’ 3Now therefore proclaim in the ears of the people, saying, ‘Whoever is fearful and trembling, let him return home and hurry away from Mount Gilead.’” Then 22,000 of the people returned, and 10,000 remained.

9That same night the Lord said to him, “Arise, go down against the camp, for I have given it into your hand. 10But if you are afraid to go down, go down to the camp with Purah your servant. 11And you shall hear what they say, and afterward your hands shall be strengthened to go down against the camp.” Then he went down with Purah his servant to the outposts of the armed men who were in the camp. 12And the Midianites and the Amalekites and all the people of the East lay along the valley like locusts in abundance, and their camels were without number, as the sand that is on the seashore in abundance. 13When Gideon came, behold, a man was telling a dream to his comrade. And he said, “Behold, I dreamed a dream, and behold, a cake of barley bread tumbled into the camp of Midian and came to the tent and struck it so that it fell and turned it upside down, so that the tent lay flat.” 14And his comrade answered, “This is no other than the sword of Gideon the son of Joash, a man of Israel; God has given into his hand Midian and all the camp.”

15As soon as Gideon heard the telling of the dream and its interpretation, he worshiped. And he returned to the camp of Israel and said, “Arise, for the Lord has given the host of Midian into your hand.” 16And he divided the 300 men into three companies and put trumpets into the hands of all of them and empty jars, with torches inside the jars. 17And he said to them, “Look at me, and do likewise. When I come to the outskirts of the camp, do as I do. 18When I blow the trumpet, I and all who are with me, then blow the trumpets also on every side of all the camp and shout, ‘For the Lord and for Gideon.’”

19So Gideon and the hundred men who were with him came to the outskirts of the camp at the beginning of the middle watch, when they had just set the watch. And they blew the trumpets and smashed the jars that were in their hands. 20Then the three companies blew the trumpets and broke the jars. They held in their left hands the torches, and in their right hands the trumpets to blow. And they cried out, “A sword for the Lord and for Gideon!” 21Every man stood in his place around the camp, and all the army ran. They cried out and fled. 22When they blew the 300 trumpets, the Lord set every man's sword against his comrade and against all the army. And the army fled as far as Beth-shittah toward Zererah,1 as far as the border of Abel-meholah, by Tabbath. 23And the men of Israel were called out from Naphtali and from Asher and from all Manasseh, and they pursued after Midian.