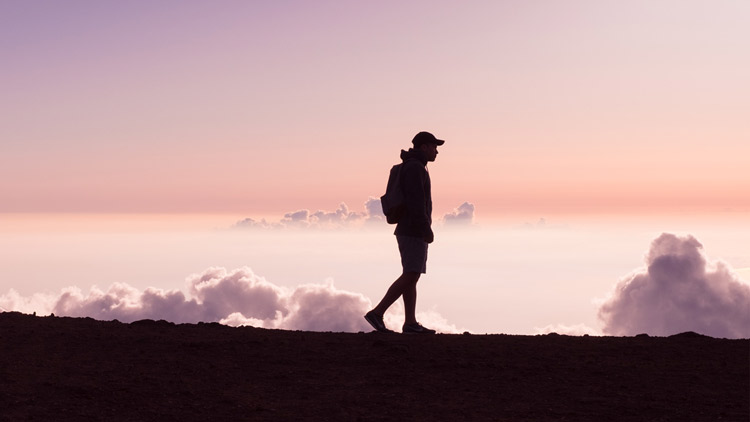 Stepping Out in Faith

By faith Abraham obeyed when he was called to go out to a place that he was to receive as an inheritance. And he went out, not knowing where he was going.
Hebrews 11:8

If we seek to understand better what it means to put faith into action and to take God at His word, then we need look no further than the life of Abraham. He’s described in the book of Romans as the father of all who have faith (Romans 4:16). He was “fully convinced that God was able to do what he had promised” (v 21), and this was the conviction that spurred him on to obedience and action.

God’s call to Abraham was costly and radical: “The LORD said to Abram, ‘Go from your country and your kindred and your father’s house to the land that I will show you’” (Genesis 12:1). Abraham was asked to leave his country, his friends, and his extended family—essentially, all that he knew and held dear. God did not stop at the command, though. He promised to bless Abraham in the new land, to make him “a great nation” and to make his name great (v 2).

And Abraham obeyed and went.

Why would anybody ever do that? Abraham had nothing to go on save the command of God and the accompanying promises. But that was enough for him! That is faith in action. That is faith in every day and in every generation: taking God at His word and stepping out in obedience.

“The callings of God,” I remember once hearing the Scottish minister Graham Scroggie say, “seldom leave a man or a woman where the calling finds them. Indeed, if we fail to go forward when God says ‘Go,’ we cannot remain stationary.” Refusing to step out and act in faith results in backward movement even as we never take a step.

Abraham, though, walked forward. He departed in obedience, “not knowing where he was going.” It was sufficient for him that God had told him to go, and so he did not need to be told where he would end up. And by stepping out in faith, Abraham stepped into the heart of God’s plan to save His people and bring blessing to His world. Abraham would discover that the only place to be is where God wants you, and the only purpose that you should ever seek to fulfill is that which God has made known to you.

Has God been speaking to you through His word about stepping out in faith and obedience to His leading? Then “today, if you hear his voice, do not harden your hearts” (Hebrews 3:15). God’s command may run absolutely contrary to everything you have been planning and thinking about, and it may require you to leave behind everything that represents security to you—but if He is calling, you must go.

1What then shall we say was gained by1 Abraham, our forefather according to the flesh? 2For if Abraham was justified by works, he has something to boast about, but not before God. 3For what does the Scripture say? “Abraham believed God, and it was counted to him as righteousness.” 4Now to the one who works, his wages are not counted as a gift but as his due. 5And to the one who does not work but believes in2 him who justifies the ungodly, his faith is counted as righteousness, 6just as David also speaks of the blessing of the one to whom God counts righteousness apart from works:

7“Blessed are those whose lawless deeds are forgiven,

and whose sins are covered;

8blessed is the man against whom the Lord will not count his sin.”

The Promise Realized Through Faith

13For the promise to Abraham and his offspring that he would be heir of the world did not come through the law but through the righteousness of faith. 14For if it is the adherents of the law who are to be the heirs, faith is null and the promise is void. 15For the law brings wrath, but where there is no law there is no transgression.

16That is why it depends on faith, in order that the promise may rest on grace and be guaranteed to all his offspring—not only to the adherent of the law but also to the one who shares the faith of Abraham, who is the father of us all, 17as it is written, “I have made you the father of many nations”—in the presence of the God in whom he believed, who gives life to the dead and calls into existence the things that do not exist. 18In hope he believed against hope, that he should become the father of many nations, as he had been told, “So shall your offspring be.” 19He did not weaken in faith when he considered his own body, which was as good as dead (since he was about a hundred years old), or when he considered the barrenness3 of Sarah's womb. 20No unbelief made him waver concerning the promise of God, but he grew strong in his faith as he gave glory to God, 21fully convinced that God was able to do what he had promised. 22That is why his faith was “counted to him as righteousness.” 23But the words “it was counted to him” were not written for his sake alone, 24but for ours also. It will be counted to us who believe in him who raised from the dead Jesus our Lord, 25who was delivered up for our trespasses and raised for our justification.