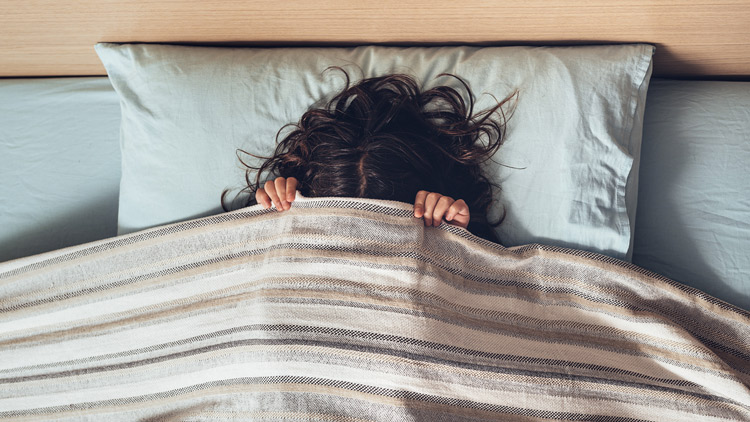 The course of disobedience is always a downward trajectory—that is, until God intervenes.

In Jonah’s haste to flee from the Lord’s command to preach a message of repentance to the Ninevites, he went “down to Joppa,” “down into” the ship, and “down to the land whose bars closed upon” him in the belly of the great fish (Jonah 2:6, emphasis added).

When Jonah was fast asleep below the ship’s deck, trying to flee from God, “the LORD hurled a great wind upon the sea … so that the ship threatened to break up” (1:4). Yet in the midst of a raging tempest and the feverish activity of sailors who were shouting, crying, praying, and hurling things into the water, Jonah slept on.

How could Jonah possibly have been so exhausted? Surely he was physically and spiritually worn out by his decision to run away from God. While disobedience may be exhilarating in the moment—while it may provide a momentary buzz—it is always exhausting in the end. It is hard to kick against the goads (Acts 26:14). There can hardly be found a more miserable or disconsolate sleep than that which follows our rebellion against a word from God and the ensuing desire to hide from anyone and everyone by retreating to the privacy of our bed.

Jonah wanted God to leave him alone. God, however, was too merciful to do so. So He sent a storm, and the storm sent the captain of the ship to find Jonah and rouse him. The captain used the same word God had previously spoken to call Jonah to preach: “Arise, call out to your god!” (Jonah 1:6, emphasis added; compare 1:2).

Here, then, is a picture of great reluctance—not only Jonah’s reluctance to do what he’s told but God’s reluctance to leave His servant in the dejection and misery of his sin. The three days Jonah would soon spend in the belly of the great fish further testify to this truth about God. Although Jonah’s rebellion merited punishment, God would soon rescue Jonah from perishing at sea and restore him in order that he would preach judgment and mercy to the people of Nineveh.

God comes to us again and again in our disobedience, unwilling to let us wallow in our sin. Even if we put our fingers in our ears and pretend not to hear Him, and even if we flat-out refuse to obey, God pursues His wandering children. He loves us so much that He doesn’t want to leave us to our own devices. In our sin, we cannot outrun the mercy of God, the one who will never leave us or forsake us.

Jonah Flees the Presence of the Lord

4But the Lord hurled a great wind upon the sea, and there was a mighty tempest on the sea, so that the ship threatened to break up. 5Then the mariners were afraid, and each cried out to his god. And they hurled the cargo that was in the ship into the sea to lighten it for them. But Jonah had gone down into the inner part of the ship and had lain down and was fast asleep. 6So the captain came and said to him, “What do you mean, you sleeper? Arise, call out to your god! Perhaps the god will give a thought to us, that we may not perish.”

Jonah Is Thrown into the Sea

7And they said to one another, “Come, let us cast lots, that we may know on whose account this evil has come upon us.” So they cast lots, and the lot fell on Jonah. 8Then they said to him, “Tell us on whose account this evil has come upon us. What is your occupation? And where do you come from? What is your country? And of what people are you?” 9And he said to them, “I am a Hebrew, and I fear the Lord, the God of heaven, who made the sea and the dry land.” 10Then the men were exceedingly afraid and said to him, “What is this that you have done!” For the men knew that he was fleeing from the presence of the Lord, because he had told them.

11Then they said to him, “What shall we do to you, that the sea may quiet down for us?” For the sea grew more and more tempestuous. 12He said to them, “Pick me up and hurl me into the sea; then the sea will quiet down for you, for I know it is because of me that this great tempest has come upon you.” 13Nevertheless, the men rowed hard2 to get back to dry land, but they could not, for the sea grew more and more tempestuous against them. 14Therefore they called out to the Lord, “O Lord, let us not perish for this man's life, and lay not on us innocent blood, for you, O Lord, have done as it pleased you.” 15So they picked up Jonah and hurled him into the sea, and the sea ceased from its raging. 16Then the men feared the Lord exceedingly, and they offered a sacrifice to the Lord and made vows.

17 And the Lord appointed3 a great fish to swallow up Jonah. And Jonah was in the belly of the fish three days and three nights.

Footnotes
1 1:2 The same Hebrew word can mean evil or disaster, depending on the context; so throughout Jonah
2 1:13 Hebrew the men dug in [their oars]
3 1:17 Or had appointed
Topics: Mercy Obedience Obeying God Sin