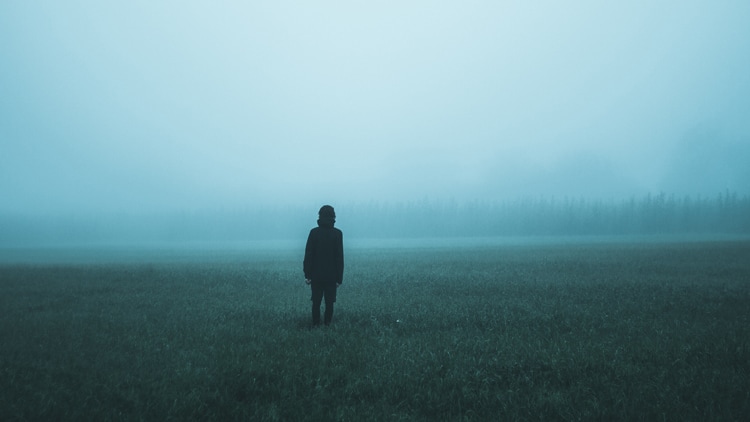 As for you, you meant evil against me, but God meant it for good, to bring it about that many people should be kept alive, as they are today.
Genesis 50:20

Children who love their grandpas tend to love their grandpas’ stories. As Joseph’s grandfather, Isaac would surely have had occasion to sit down with him and relay story after story of God’s provision—to speak truth into his grandson’s life. You and I can only imagine how Joseph must have cherished Isaac’s stories and instruction. But the goodness of God to his family in generations past appears to have sustained Joseph even in his most painful moments, for a remarkable truth about this man is that he was always aware that God was in control. Surely Joseph was learning to say, as the psalmist would later sing, “I believe that I shall look upon the goodness of the LORD in the land of the living!” (Psalm 27:13).

Indeed, Joseph was given one opportunity after another to witness God’s providential care. As a 17-year-old boy, he saw God at work even in the midst of his brothers’ hatred. Reuben’s suggestion that they put him in the pit ultimately spared his life, but it was God’s intervention that gave Reuben the idea and enabled Joseph’s brothers to go along with his plan.

Shortly afterward, an Ishmaelite caravan arrived at just the right time, as if by divine appointment (which it was!) They were doing their business as usual; they could have taken a look at Joseph and said, Forget it. We don’t need him. Yet God’s providence determined that they would buy Joseph.

In each case, God used the selfish interests and desires of others as instruments in saving Joseph’s life, and eventually the lives of many.

The truth of Genesis 50:20 is the foundation of Joseph’s life: although his brothers intended evil, God intended good—and God’s intentions always win out. Joseph’s earthly father may have been back in Canaan, but his heavenly Father went with him into Egypt. His path may have been rerouted by the envy of his brothers, the lust of Potiphar’s wife, the anger of Potiphar, and the selfishness of the cupbearer, but supremely it was directed by his God, for the good of His people.

Do we treasure this truth about God, as Joseph did? God will accomplish His purposes, even when we have no idea where we are headed or what He is doing. This is our hope in every circumstance. When trials come, then, we must not shun them, since we know they come from the hand of a kind Father and that they somehow further His plans to save and sustain His people. We see the goodness of God in the lives of our spiritual family in generations past—in Scripture and throughout the history of the church. You can be certain that in all your days and doubts, in all your fears and failures, in all your fractured relationships and broken dreams, you remain under His fatherly care.

28All these are the twelve tribes of Israel. This is what their father said to them as he blessed them, blessing each with the blessing suitable to him. 29Then he commanded them and said to them, “I am to be gathered to my people; bury me with my fathers in the cave that is in the field of Ephron the Hittite, 30in the cave that is in the field at Machpelah, to the east of Mamre, in the land of Canaan, which Abraham bought with the field from Ephron the Hittite to possess as a burying place. 31There they buried Abraham and Sarah his wife. There they buried Isaac and Rebekah his wife, and there I buried Leah— 32the field and the cave that is in it were bought from the Hittites.” 33When Jacob finished commanding his sons, he drew up his feet into the bed and breathed his last and was gathered to his people.

4And when the days of weeping for him were past, Joseph spoke to the household of Pharaoh, saying, “If now I have found favor in your eyes, please speak in the ears of Pharaoh, saying, 5‘My father made me swear, saying, “I am about to die: in my tomb that I hewed out for myself in the land of Canaan, there shall you bury me.” Now therefore, let me please go up and bury my father. Then I will return.’” 6And Pharaoh answered, “Go up, and bury your father, as he made you swear.” 7So Joseph went up to bury his father. With him went up all the servants of Pharaoh, the elders of his household, and all the elders of the land of Egypt, 8as well as all the household of Joseph, his brothers, and his father's household. Only their children, their flocks, and their herds were left in the land of Goshen. 9And there went up with him both chariots and horsemen. It was a very great company. 10When they came to the threshing floor of Atad, which is beyond the Jordan, they lamented there with a very great and grievous lamentation, and he made a mourning for his father seven days. 11When the inhabitants of the land, the Canaanites, saw the mourning on the threshing floor of Atad, they said, “This is a grievous mourning by the Egyptians.” Therefore the place was named Abel-mizraim;1 it is beyond the Jordan. 12Thus his sons did for him as he had commanded them, 13for his sons carried him to the land of Canaan and buried him in the cave of the field at Machpelah, to the east of Mamre, which Abraham bought with the field from Ephron the Hittite to possess as a burying place. 14After he had buried his father, Joseph returned to Egypt with his brothers and all who had gone up with him to bury his father.

15When Joseph's brothers saw that their father was dead, they said, “It may be that Joseph will hate us and pay us back for all the evil that we did to him.” 16So they sent a message to Joseph, saying, “Your father gave this command before he died: 17‘Say to Joseph, “Please forgive the transgression of your brothers and their sin, because they did evil to you.”’ And now, please forgive the transgression of the servants of the God of your father.” Joseph wept when they spoke to him. 18His brothers also came and fell down before him and said, “Behold, we are your servants.” 19But Joseph said to them, “Do not fear, for am I in the place of God? 20As for you, you meant evil against me, but God meant it for good, to bring it about that many people2 should be kept alive, as they are today. 21So do not fear; I will provide for you and your little ones.” Thus he comforted them and spoke kindly to them.

Footnotes
1 50:11 Abel-mizraim means mourning (or meadow) of Egypt
2 50:20 Or a numerous people
Topics: Love of God Providence of God