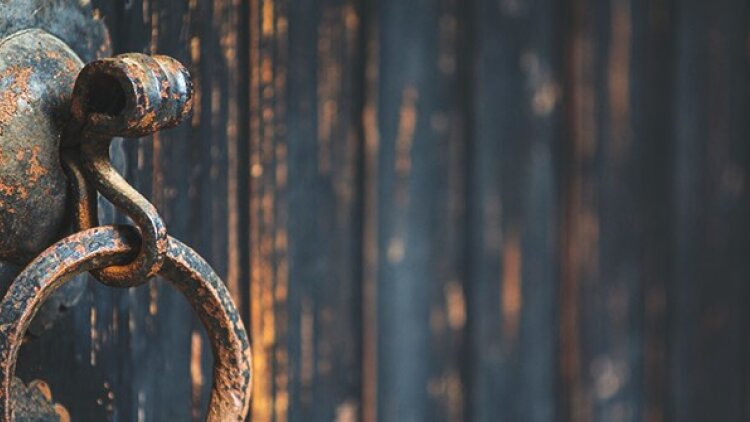 Hospital of the Cross

Ask, and it will be given to you.

There was a place in England that no longer exists, where a loaf of bread was served to every passerby who chose to ask for it. Whoever the traveler was, he had only to knock at the door of St. Cross Hospital, and the loaf of bread was his to enjoy. Jesus Christ loves sinners so much that He has built a St. Cross Hospital, so that whenever a sinner is hungry, he has only to knock and have his needs supplied.

He has actually done better: This Hospital of the Cross has a bath; and whenever a soul is marred and filthy, it may go to this effective fountain and be cleansed. No sinner ever went into it and found that it could not wash away his stains. Sins that were scarlet and crimson have all disappeared, and the sinner was made whiter than snow.

As if this were not enough, there is attached to this Hospital of the Cross a dressing room, and a sinner making application simply as a sinner may be clothed from head to foot; and if he wishes to be a soldier, he will be provided not just with street clothes, but with armor that will cover him from the sole of his foot to the crown of his head. If he asks for a sword, that will be given to him, and a shield too. He will be denied nothing that is good for him. He will have spending money as long as he lives, and he will have an eternal heritage of glorious treasure when he enters into the joy of his Lord.

If all these things are available by simply knocking at mercy’s door, then, my soul, knock hard this morning, and make large requests of your generous Lord. Do not leave the throne of grace until all your wants have been spread before the Lord and until by faith you are confident that they will all be supplied.

You need not be shy about taking Jesus up on His invitation. No unbelief should hinder when Jesus promises. No coldheartedness should restrain when such blessings are to be obtained.