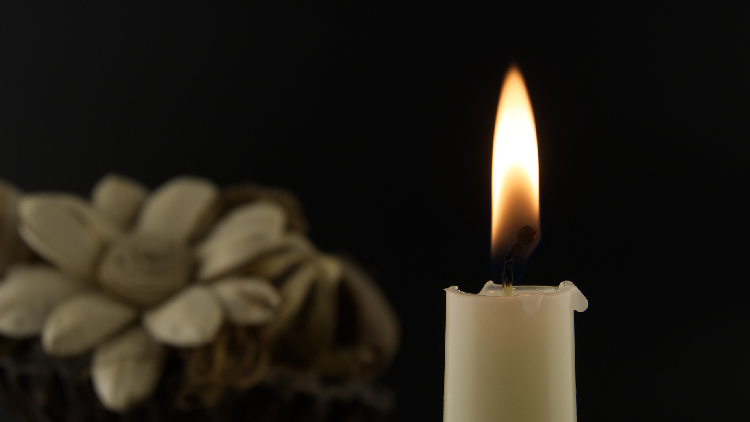 The steadfast love of the Lord never ceases; his mercies never come to an end; they are new every morning; great is your faithfulness.
Lamentations 3:22-23

The expression of God’s faithfulness found in this verse is familiar to many of us. It’s the kind of text that is routinely put on mirrors or on nice pictures with the sea and sky in the background. We may well, then, be used to seeing this verse in a very comfortable setting. In reality, though, it actually comes from quite a dark place. If it were set to music, it would be set in a minor key.

The book of Lamentations is situated in an uncomfortable setting, for it is the reflections of the prophet Jeremiah upon the circumstances of God’s people when Jerusalem was taken by Babylon and they were carried off into exile. Lamentations is exactly what its title suggests: a series of poems that express the people’s sorrow for what has taken place.

Lamentations begins in absolute desolation: “How lonely sits the city that was full of people!” (Lamentations 1:1). In the face of such catastrophe, it’s common to think that evil has defeated good or that God has given up on sinners. But in the case of Jerusalem’s fall, nothing could have been further from the truth. God was still in charge. It was He who allowed the powers of Babylon to rise in order that His people would become aware of their sinfulness and neediness and cry out to God in repentance.

The Lord afflicted His people “on the day of his fierce anger” (Lamentations 1:12). Yet in the midst of their deep sorrow, He also brought a deeply comforting word. His people may have been brought low, but they had not been forsaken. They had experienced the ending of many things: the end of peace, the end of security, and the end of home. But two things they would never experience the end of: God’s steadfast love and God’s undeserved mercies. Those were new, and sufficient, every morning. The people would learn far more about their God in the place of exile than they ever had in the comfort of home.

Indeed, it is often in our darkest moments that the faithful character of God shines most brightly to us. When things are going well, we’re tempted to think we’re sufficient on our own. But in moments of despair, we can cling to God’s faithfulness, and in times of failure, we can appreciate His mercy.

You may someday find yourself in a similar situation to that of the citizens of the ransacked Jerusalem—a situation in which all the wheels have come off and you feel bereft of joy. Perhaps you find yourself in that place today. In moments like these, when life is set in a minor key, you need this deeply comforting reminder: the steadfast love of the Lord never ceases. His mercy will never run dry. His faithfulness toward you will never fail. In those moments when we have lost much, we can rely on this: we will never lose His love, and we will never lose His mercy.

49“My eyes will flow without ceasing,

50until the Lord from heaven

looks down and sees;

51my eyes cause me grief

at the fate of all the daughters of my city.

by those who were my enemies without cause;

53they flung me alive into the pit

and cast stones on me;

54water closed over my head;

from the depths of the pit;

56you heard my plea, ‘Do not close

your ear to my cry for help!’

57You came near when I called on you;

you have redeemed my life.