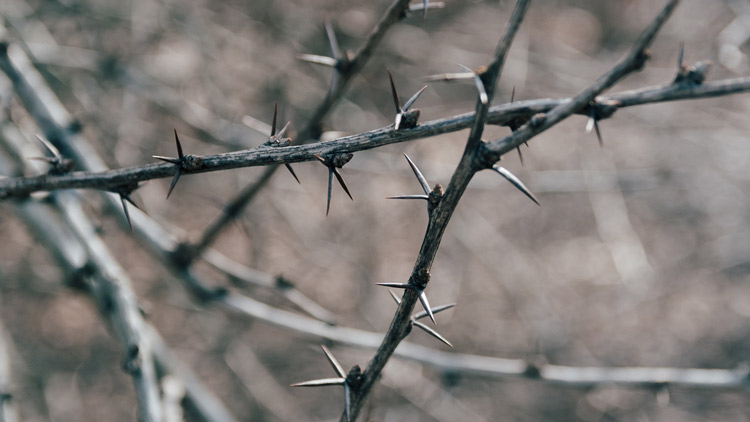 A Thorn in the Flesh

If you gather many talented musicians who are only interested in their individual parts, you won’t have an orchestra. What you will produce is merely discordant noise: an affront to the listening ear. However, when that giftedness is exercised in selflessness and humility, under the headship of a conductor and the rule of a score, you get beautiful, harmonious music.

Just as a musician’s desire for individual greatness is the death knell of orchestral usefulness, so it is with our Christian faith. A spiritual gift should never be the source of pride—because, after all, it’s a gift! Yet we are often tempted to take God-given gifts and attribute them to ourselves as if we developed or deserve them, or to use them for ourselves as if they were ours. This puts us in extreme danger of cherishing exaggerated ideas about our own importance—and those with the most significant gifts are typically in the greatest danger.

Paul himself had to face this temptation. He was particularly bright, had a strong education, was from the best kind of background, and was influential in many lives (see Philippians 3:4-6).

When taking on the false apostles of the day, who were making elaborate claims about their knowledge of God, Paul honestly described having seen extraordinary visions (2 Corinthians 12:2-4). He was a prime target for an inflated ego. What protected him from that? A thorn in his flesh. He does not specify precisely what it was, and so we would be wise not to speculate. What matters is not what it was so much as what it achieved; for Paul recognized that this thorn in the flesh was a humbling reminder from God of his inherent weakness, given so that he would not boast about his own importance and so that he would continue to rely on God.

Like the false teachers Paul addressed, we are often tempted to allow our influence and apparent success, whether great or small, to serve as the means by which we judge our worth. Eventually, however, such temporary matters will be exposed as temporary and will fade away.

In the providence and goodness of God, Paul’s “thorn” helps us to understand our own difficulties such as illness, financial lack, relational challenges, the effort of raising children, and even the ongoing struggle with sin. God knows what He’s doing when He allows these necessary, uncomfortable, unrelenting elements in our lives. Better to be a humble believer beset by thorns than a proud, self-reliant no-longer-believer unplagued by anything. We need to know our own weakness in order to continue to rely on God’s grace for our eternal salvation and God’s power for our daily lives. The question, then, is not whether the thorns will come to you but whether you will allow God to use your “thorns” to remind you that He alone is the source of your gifts and the one who makes you spiritually useful.

Paul's Visions and His Thorn

1I must go on boasting. Though there is nothing to be gained by it, I will go on to visions and revelations of the Lord. 2I know a man in Christ who fourteen years ago was caught up to the third heaven—whether in the body or out of the body I do not know, God knows. 3And I know that this man was caught up into paradise—whether in the body or out of the body I do not know, God knows— 4and he heard things that cannot be told, which man may not utter. 5On behalf of this man I will boast, but on my own behalf I will not boast, except of my weaknesses— 6though if I should wish to boast, I would not be a fool, for I would be speaking the truth; but I refrain from it, so that no one may think more of me than he sees in me or hears from me. 7So to keep me from becoming conceited because of the surpassing greatness of the revelations,1 a thorn was given me in the flesh, a messenger of Satan to harass me, to keep me from becoming conceited. 8Three times I pleaded with the Lord about this, that it should leave me. 9But he said to me, “My grace is sufficient for you, for my power is made perfect in weakness.” Therefore I will boast all the more gladly of my weaknesses, so that the power of Christ may rest upon me. 10For the sake of Christ, then, I am content with weaknesses, insults, hardships, persecutions, and calamities. For when I am weak, then I am strong.

Footnotes
1 12:7 Or hears from me, even because of the surpassing greatness of the revelations. So to keep me from becoming conceited
Topics: Affliction Dependence on God Pride Spiritual Gifts