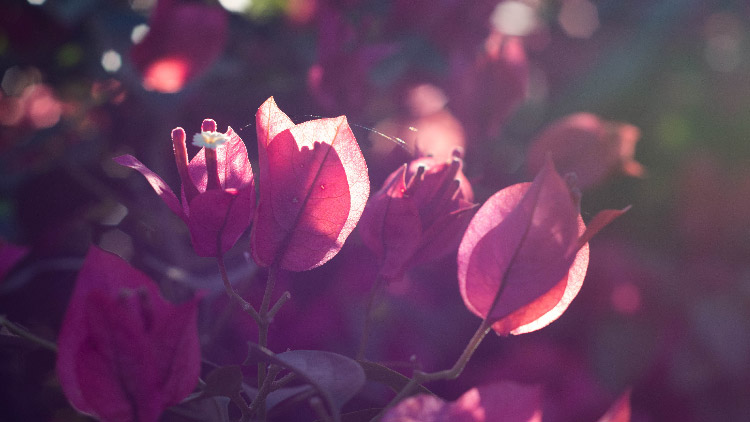 Through the greater and more perfect tent (not made with hands, that is, not of his creation) he entered once for all into the holy places, not by means of the blood of goats and calves but by means of his own blood, thus securing an eternal redemption.
Hebrews 9:11-12

The wonder of the Bible’s story is that God—seeing us in our inability to know Him, to love Him, to understand Him, and to serve Him—came to redeem and restore us. God secured our redemption through a series of mighty acts, culminating in the Lord Jesus Christ, whom He sent in order to bring us back into relationship with Himself. In bridging the chasm between God and us, Jesus fulfills His role as our Great High Priest.

As Jewish Christians, the first recipients of the letter to the Hebrews had experienced tremendous changes as a result of following Jesus, particularly in their worship. Their devotion was no longer marked by the grandeur of the temple and all of its accompanying sights, sounds, and fragrances, and they no longer participated in witnessing the high priest coming out on the Day of Atonement.

All of this had changed when Jesus, by His death on the cross, became both the sacrifice and the scapegoat for sins. In the same way that the high priest had previously emerged from behind the temple curtain as an indication that God had accepted the people’s sacrifice for sin, the Lord Jesus had come forth from the tomb to declare His sacrifice accepted by the Father. The curtain had been torn (Matthew 27:51; Mark 15:38; Luke 23:45). The door of heavenly access was now open.

By fulfilling the priestly role, Jesus has secured our access to God once and for all. There is no need for repetition—no need for another sacrifice. In contrast to the Old Testament high priests, who stood daily, “offering repeatedly the same sacrifices, which can never take away sins,” Christ “offered for all time a single sacrifice for sins,” and then “he sat down at the right hand of God” (Hebrews 10:11-12).

The wonder in this, of course, is that Jesus did what no one else could do. He was the priest who made the offering and at the same time He was the offering. He voluntarily bore the punishment that was due to us on account of our sin, in order that we might enjoy full pardon from and reconciliation with God.

What difference does this make to us? First, it inspires constancy in our hearts. The first readers of the letter to the Hebrews seem to have been tempted to turn back to their Jewish rites. But Jesus is the ultimate and final High Priest and sacrifice. There is no need to go anywhere else, and there is nowhere else to go. Second, it brings confidence to our prayers. For as we approach God on His throne through Christ, we do so without fear, knowing we are forgiven and are speaking to our heavenly Father. Do you struggle with constancy or with confidence? See Jesus, your High Priest, who has entered into the presence of God, in the heavenly tent—and know that in Him, and Him alone, you have all you need.

1Therefore, holy brothers,1 you who share in a heavenly calling, consider Jesus, the apostle and high priest of our confession, 2who was faithful to him who appointed him, just as Moses also was faithful in all God's2 house. 3For Jesus has been counted worthy of more glory than Moses—as much more glory as the builder of a house has more honor than the house itself. 4(For every house is built by someone, but the builder of all things is God.) 5Now Moses was faithful in all God's house as a servant, to testify to the things that were to be spoken later, 6but Christ is faithful over God's house as a son. And we are his house if indeed we hold fast our confidence and our boasting in our hope.3