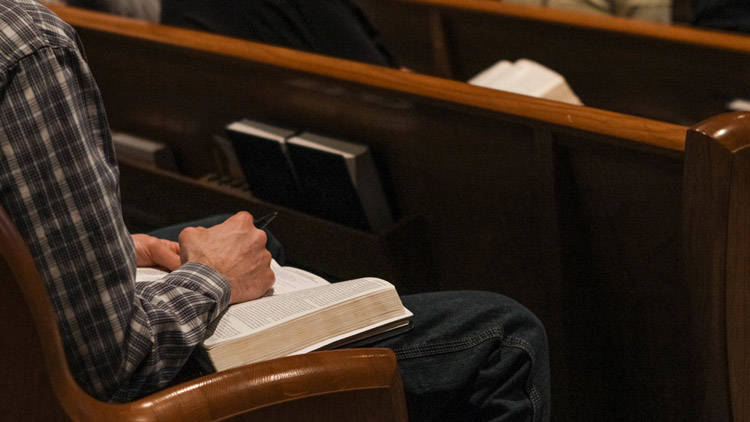 In all of the apostle Paul’s writings, there is perhaps no place where he made a more graphic statement than in this verse. Referring to the false teachers of his day as “dogs” was even more audacious and confrontational then than it is today. But Paul was not using this language merely for effect; he was gravely concerned because there were dangerous people moving around the Philippian church.

Cults and false teachers are almost always joyless, and these evil men in Philippi were no different. They were the opposite of what they claimed to be, insisting that the Old Testament ceremonial law was a necessary qualification for true Christianity. They addressed the Philippian believers, who had discovered joy in the Lord, by asking, in essence, Are you really a true Christian if you don’t pay careful attention to the external rite of circumcision? This warning from Paul to “look out” was meant to remind the young church that an “augmented” Christianity actually distorts the true gospel. Adding to the gospel always subtracts joy and even salvation from the gospel.

Therefore, when we read the word “dogs” in this verse we shouldn’t think of a friendly family pet. Paul was not referring to a golden retriever. Think of a scavenger, a diseased mongrel that roams around garbage cans and could harm you greatly with a bite. Paul was emphatic that these men, in insisting that people meet legal requirements to be qualified for grace, were equally dangerous. They were drawing attention away from Christ, diluting the sufficiency of His death, resurrection, and ascension.

Paul constantly warned of the tragic consequences of false teaching—and, because he loved the people of the Philippian church, describing them as his “joy and crown” (Philippians 4:1), he was opposed to anyone and anything that would reroute them from the only way to glory. He wanted them to remain vigilant.

We, too, could easily forget that the good news is not a message of “Do your best, and be good enough!” but rather “Your best is never enough—but Jesus is.”

Here’s the good news, though: by faith in Christ alone, we are the true “circumcision”—that is, those who have been set apart as the true people of God, not because we have had some flesh cut off but because Christ was cut off for us. In each generation, there are always those who wish to insist on the outward features of the faith and—implicitly or explicitly—make those observances necessary for salvation. But no external ritual or religious performance can save. Do not place your confidence in your flesh—in your church attendance, your daily Bible reading, your performance as a spouse or parent or worker or evangelist or anything else. Put it all in Christ. He, and He alone, is enough.

11But when Cephas came to Antioch, I opposed him to his face, because he stood condemned. 12For before certain men came from James, he was eating with the Gentiles; but when they came he drew back and separated himself, fearing the circumcision party.1 13And the rest of the Jews acted hypocritically along with him, so that even Barnabas was led astray by their hypocrisy. 14But when I saw that their conduct was not in step with the truth of the gospel, I said to Cephas before them all, “If you, though a Jew, live like a Gentile and not like a Jew, how can you force the Gentiles to live like Jews?”

17But if, in our endeavor to be justified in Christ, we too were found to be sinners, is Christ then a servant of sin? Certainly not! 18For if I rebuild what I tore down, I prove myself to be a transgressor. 19For through the law I died to the law, so that I might live to God. 20I have been crucified with Christ. It is no longer I who live, but Christ who lives in me. And the life I now live in the flesh I live by faith in the Son of God, who loved me and gave himself for me. 21I do not nullify the grace of God, for if righteousness3 were through the law, then Christ died for no purpose.