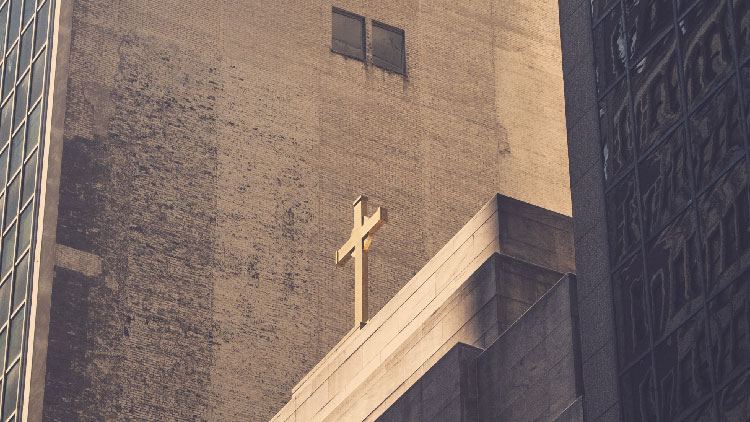 It’s Good News for All

For God so loved the world, that he gave his only Son, that whoever believes in him should not perish but have eternal life.
John 3:16

This is perhaps the best-known and best-loved verse in the Bible. It comes in the context of a conversation between Jesus and a devout Jew, Nicodemus. It is then put into action in the following chapter of John, when Jesus converses with a woman on the opposite end of the social, moral, and religious spectrum. This teaches us something important: that the good news of Christ’s coming is not limited to pious people, like Nicodemus, but breaks boundaries to extend even to the dejected and rejected, like the woman at the well.

The contrast between these two individuals is stark. Nicodemus was learned, powerful, respected, and theologically trained. The woman was uneducated, without influence, despised, and immoral. Jesus’ interactions with both, however, display that all humans need a Savior. Nicodemus’s meeting with Christ makes it clear that we can never do enough good to save ourselves. Conversely, the Samaritan woman’s experience makes clear that no one can ever do enough bad to be beyond Christ’s reach. We all live under God’s wrath and judgment until we welcome the light of Christ’s salvation—whether you’re a Nicodemus, a Samaritan woman, or somewhere in between. The whole world needs God’s Son; and God has given the whole world His Son.

Because the gospel of Jesus does not discriminate, neither should we in proclaiming it. While both Nicodemus and the woman at the well needed to hear the same good news, Jesus masterfully shared it with each of them in a personalized way. He did not engage them with the same formulaic conversation; He met them where they were. He simply asked questions that revealed their sinful hearts and God’s loving heart for them.

Just as God invites all to hear His gospel, so He invites all who are changed by this gospel to be the agents of change for others. After her conversation with Jesus, the Samaritan woman ran back to her town, telling everyone of how He knew everything she had ever done (John 4:39). The people then responded to her words and sought Jesus out. This should encourage all of us, and especially those of us who lack confidence in extending the gospel invitation to others. When God is at work, we’ll be amazed at what happens!

“For God so loved the world…” Such love has come to live in any who believe. It empowers you to do what is necessary to live as God commands. It saves you from the chains that tie you to your past—be it a past of piety and pride, like Nicodemus’s, or a past of sordid decisions and shame, like the Samaritan woman’s. It spurs you to share this gospel of Son-giving, life-bringing love with those around you. Whoever believes will have eternal life.

31Meanwhile the disciples were urging him, saying, “Rabbi, eat.” 32But he said to them, “I have food to eat that you do not know about.” 33So the disciples said to one another, “Has anyone brought him something to eat?” 34Jesus said to them, “My food is to do the will of him who sent me and to accomplish his work. 35Do you not say, ‘There are yet four months, then comes the harvest’? Look, I tell you, lift up your eyes, and see that the fields are white for harvest. 36Already the one who reaps is receiving wages and gathering fruit for eternal life, so that sower and reaper may rejoice together. 37For here the saying holds true, ‘One sows and another reaps.’ 38I sent you to reap that for which you did not labor. Others have labored, and you have entered into their labor.”

39Many Samaritans from that town believed in him because of the woman's testimony, “He told me all that I ever did.” 40So when the Samaritans came to him, they asked him to stay with them, and he stayed there two days. 41And many more believed because of his word. 42They said to the woman, “It is no longer because of what you said that we believe, for we have heard for ourselves, and we know that this is indeed the Savior of the world.”