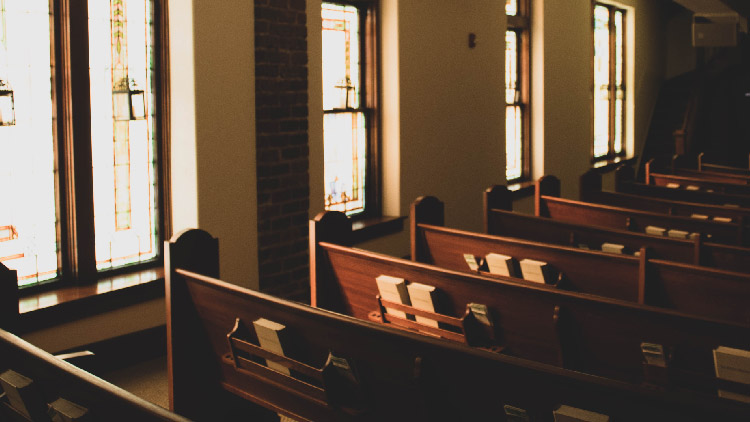 I know your works, your toil and your patient endurance, and how you cannot bear with those who are evil, but have tested those who call themselves apostles and are not, and found them to be false. I know you are enduring patiently and bearing up for my name’s sake, and you have not grown weary.
Revelation 2:2-3

The 1980s British prime minister Margaret Thatcher was nothing if not determined. Whatever view we take of her politics, she was certainly a woman of conviction, famously declaring at a moment when many of her political allies were telling her to change course, “You turn if you want to. The lady’s not for turning.”

That kind of fortitude and conviction was also evident in the first-century church in Ephesus. When Jesus commended them, it was primarily on account of their principled dedication. They were committed to the task, persevering in it and dedicated to the truth.

The word used for “works” is the complete opposite of idleness and inactivity. Jesus recognized that these Ephesian believers weren’t intimidated by the challenges that came from living out the faith of the gospel. They were prepared to extend themselves again and again for the name of Christ.

Twice in the space of just a few words, Jesus also speaks of their endurance or enduring—their perseverance. The Ephesian church wasn’t afraid of hard work, but they were also sticking with that work and seeing it through, steadfast and immovable. As William Barclay writes, their toughness was “the courageous gallantry which accepts suffering and hardship and loss and turns them into grace and glory.”[1]

Further, these believers were also committed to the truth. They weren’t susceptible to every passing wind of doctrine but were prepared to test those who came with new claims, willing to reject them if they proved to be spurious. They stood steadfastly for the truth even against a heretical group that attempted to offer religious experiences that wouldn’t impinge upon self-indulgent lifestyles (Revelation 2:6).

What would Jesus say about us today? How committed are we as a 21st-century church? Are we strong, steadfast, and persevering? Do we have enough courage and conviction to stand for the truth and say, I hate these practices, for I know that Jesus does too? Or are we in danger of growing “weary of doing good” (Galatians 6:9)? When others suggest compromise in our commitment or obedience to Christ, are we willing to say, “You turn if you want to. I am not for turning”?

As Jesus looks upon you, as He does, may He have much to commend in you as a follower who models spiritual conviction, perseverance, and a determination to live in the real world with a dedicated love for Christ.

Godlessness in the Last Days

1But understand this, that in the last days there will come times of difficulty. 2For people will be lovers of self, lovers of money, proud, arrogant, abusive, disobedient to their parents, ungrateful, unholy, 3heartless, unappeasable, slanderous, without self-control, brutal, not loving good, 4treacherous, reckless, swollen with conceit, lovers of pleasure rather than lovers of God, 5having the appearance of godliness, but denying its power. Avoid such people. 6For among them are those who creep into households and capture weak women, burdened with sins and led astray by various passions, 7always learning and never able to arrive at a knowledge of the truth. 8Just as Jannes and Jambres opposed Moses, so these men also oppose the truth, men corrupted in mind and disqualified regarding the faith. 9But they will not get very far, for their folly will be plain to all, as was that of those two men.