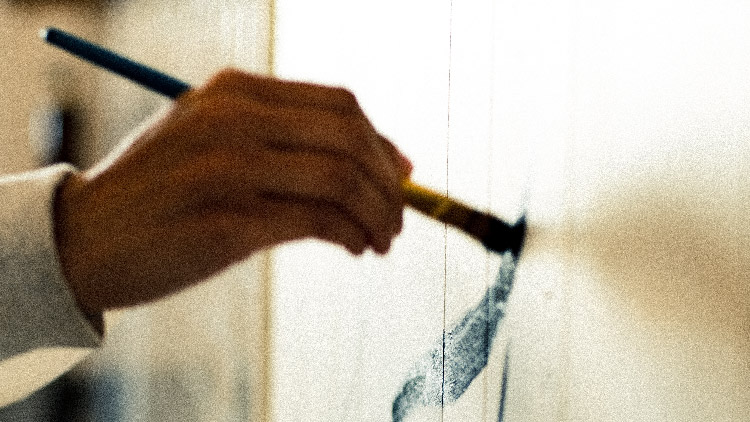 Philip said to him, “Lord, show us the Father, and it is enough for us.” Jesus said to him, “Have I been with you so long, and you still do not know me, Philip? Whoever has seen me has seen the Father.”
John 14:8-9

One day in an art class, as the teacher was going around the various paintings to look at what the children were doing, she asked a boy what it was he was painting. The wee boy said to her, “I’m painting a picture of God.” “But we don’t know what God looks like,” the teacher replied. “Well,” said the boy, “come back when I’ve finished and you’ll find out!”

With the arrival of the Lord Jesus in Bethlehem, God took a brush and painted on the canvas of history what He Himself was really like. When Christ appeared, He rendered obsolete all previous guesses about God’s nature, and He rendered arrogant all subsequent ones.

The writer to the Hebrews put it this way: “At many times and in many ways, God spoke to our fathers by the prophets, but in these last days he has spoken to us by his Son” (Hebrews 1:1-2). In other words, through the prophets of old, God had spoken a multifaceted and varied word, weaving His character and His nature all through the pages of the Old Testament. But in Bethlehem, God spoke in a personified Word. The long-awaited Messiah, the Light of the nations, appeared—and in that tiny little baby, God made manifest His reality.

Jesus came to make the Father known. May our hearts be so humbled by the incarnation that we come to know God personally, not merely intellectually. Like the shepherds, we have the message of Christ’s advent to share with our society. As we spread the good news of Jesus’ coming as the Messiah, as the one who is God and has come to make God known, pray that the wisdom of our world may bow before His glory. Do you know Jesus as your Lord? Then—praise God—you have seen, and you know, His Father.

I Am the Way, and the Truth, and the Life

1“Let not your hearts be troubled. Believe in God;1 believe also in me. 2In my Father's house are many rooms. If it were not so, would I have told you that I go to prepare a place for you?2 3And if I go and prepare a place for you, I will come again and will take you to myself, that where I am you may be also. 4And you know the way to where I am going.”3 5Thomas said to him, “Lord, we do not know where you are going. How can we know the way?” 6Jesus said to him, “I am the way, and the truth, and the life. No one comes to the Father except through me. 7If you had known me, you would have known my Father also.4 From now on you do know him and have seen him.”

Footnotes
1 14:1 Or You believe in God
2 14:2 Or In my Father's house are many rooms; if it were not so, I would have told you; for I go to prepare a place for you
3 14:4 Some manuscripts Where I am going you know, and the way you know
4 14:7 Or If you know me, you will know my Father also, or If you have known me, you will know my Father also
Topics: Character of God Incarnation of Christ Jesus Christ