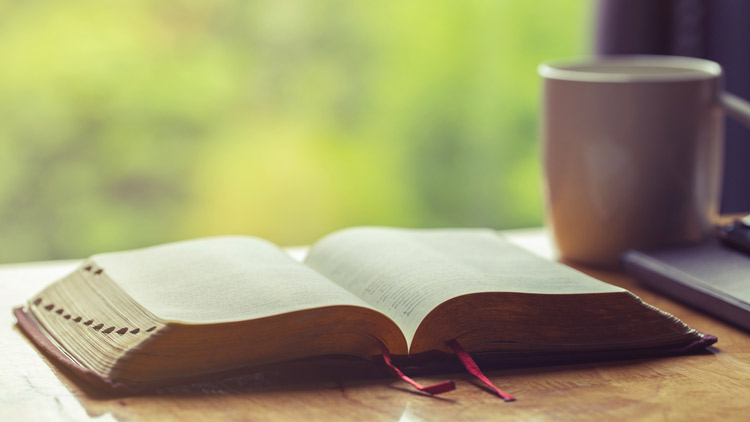 Peter said to Jesus, ‘Rabbi, it is good that we are here. Let us make three tents, one for you and one for Moses and one for Elijah.’ For he did not know what to say, for they were terrified. And a cloud overshadowed them, and a voice came out of the cloud, ‘This is my beloved Son; listen to him.’
Mark 9:5-7

For Peter, the days leading to Jesus’ transfiguration had been a roller-coaster ride. One minute he was declaring, “You are the Christ, the Son of the living God” (Matthew 16:16), and the next minute Jesus was saying to him, “Get behind me, Satan! You are a hindrance to me. For you are not setting your mind on the things of God, but on the things of man” (v 23). Peter had risen to the heights of declaring the true identity of the man who had called him to become a fisher of men; then he had fallen to the depths of being told by the Son of the living God that he was being influenced by the Evil One and was an obstacle to the Son’s mission. He would fall even further, and yet rise still higher (26:69-75; Acts 4:5-20). If you, like me, have found that your Christian life is a series of highs and lows, let Peter’s example be an encouragement to you.

In Matthew 17, Peter suddenly found himself on a mountain with the transfigured, radiant Jesus conversing with Moses and Elijah. Understandably, Peter “did not know what to say” because he and his two friends “were terrified” (Mark 9:6). He didn’t know what he was saying (Luke 9:33)—but that didn’t stop him!

The glimpse of majesty Peter received left him stunned. He was in the midst of suggesting that he put up some shelters for the Lord and these two great Old Testament prophets when suddenly, in a moment reminiscent of Jesus’ baptism, a voice from heaven came to tell him the correct response to what he was seeing: That’s enough, Peter! It’s time to listen to Jesus. This is My Son, whom I love. Listen to Him.

This is the insistent call of God at all times, for all people, in all places. God’s word is as alive and active today through Scripture as it was when Peter heard it on the Mount of Transfiguration. When we read our Bibles, we have the opportunity to see the same glimpse of majesty and experience the same foretaste of glory as Peter, James, and John did, as the Spirit works in our hearts.

We, like Peter, may find our Christian walk “chequered in its course … Today, it is a depth almost soundless; tomorrow, a height almost scaleless.”[1] But when the unrelenting, eternal word of God breaks into our lives, we are redirected to Jesus, the beloved Son of God, the one who was always pleasing to the Father, and who comes to reveal Himself to us. The question is: will we listen to Him?

Christ's Glory and the Prophetic Word

16For we did not follow cleverly devised myths when we made known to you the power and coming of our Lord Jesus Christ, but we were eyewitnesses of his majesty. 17For when he received honor and glory from God the Father, and the voice was borne to him by the Majestic Glory, “This is my beloved Son,9 with whom I am well pleased,” 18we ourselves heard this very voice borne from heaven, for we were with him on the holy mountain. 19And we have the prophetic word more fully confirmed, to which you will do well to pay attention as to a lamp shining in a dark place, until the day dawns and the morning star rises in your hearts, 20knowing this first of all, that no prophecy of Scripture comes from someone's own interpretation. 21For no prophecy was ever produced by the will of man, but men spoke from God as they were carried along by the Holy Spirit.

Footnotes
9 1:17 Or my Son, my (or the) Beloved
Topics: Biblical Figures Transfiguration
Footnotes
1 Octavius Winslow, Soul-Depths and Soul-Heights (Banner of Truth, 2006), p 1.