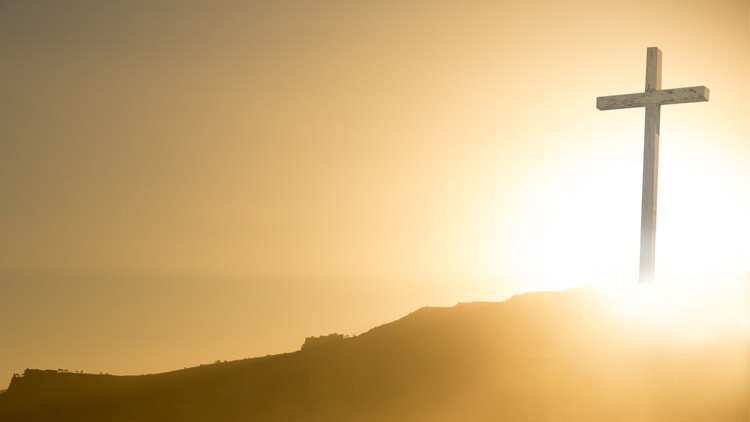 By faith Joseph, at the end of his life, made mention of the exodus of the Israelites and gave directions concerning his bones.
Hebrews 11:22

The book of Genesis ends with Joseph’s death, but that was nowhere near the end of the story. It marks just the beginning of the story of God’s provision and deliverance, which carries on throughout the rest of the Bible and into our lives today.

Joseph took great care over what was to happen to his remains after his death, not because of some morbid interest but to offer a symbol of God’s provision in the past and the promise of a future deliverance. Joseph’s bones pointed future generations of Israel forward to promises that were then yet to be fulfilled.

Despite all the extraordinary trials and experiences that defined Joseph’s life—being betrayed by his brothers, wrongfully accused by Potiphar’s wife, favored by Pharaoh, positioned within the Egyptian royal court, reunited with his family, and so on—the author of Hebrews chose to highlight none of those things but rather Joseph’s faith for what was to come. Why? Because it was so phenomenally significant.

Joseph did not want his family to settle their roots too deeply in Egypt. He knew the promised land was coming. Instead of an elaborate funeral, then, he only asked for his body to be embalmed, placed in a coffin, and left in Egypt (Genesis 50:22-26). Why? He didn’t want his bones to be buried. He wanted his body to be ready to be moved when it was time to travel to the promised land. He recognized that the coffin itself would be a memorial of the fact that the hope of the promised land was as certain as any promise God had ever made. When difficult days would come for the future generations of this growing refugee family, as he surely imagined they would, he wanted them to be able to look to the promise. They could look at his coffin, standing at the ready, and say, Joseph was sure we would leave. If he hadn’t been sure, he wouldn’t have us carting his bones around like this.

Today, you do not have Joseph’s coffin full of bones to look to. Instead, you have an empty tomb to remind you of God’s provision in the past and your promised hope for the future. Christ is “our help in ages past, our hope for years to come.” He is “our eternal home.”[1] Because of Him, you can live through difficult days, and die on your final day, secure in your hope of heaven, our great promised land.

32Two others, who were criminals, were led away to be put to death with him. 33And when they came to the place that is called The Skull, there they crucified him, and the criminals, one on his right and one on his left. 34And Jesus said, “Father, forgive them, for they know not what they do.”2 And they cast lots to divide his garments. 35And the people stood by, watching, but the rulers scoffed at him, saying, “He saved others; let him save himself, if he is the Christ of God, his Chosen One!” 36The soldiers also mocked him, coming up and offering him sour wine 37and saying, “If you are the King of the Jews, save yourself!” 38There was also an inscription over him,3 “This is the King of the Jews.”

39One of the criminals who were hanged railed at him,4 saying, “Are you not the Christ? Save yourself and us!” 40But the other rebuked him, saying, “Do you not fear God, since you are under the same sentence of condemnation? 41And we indeed justly, for we are receiving the due reward of our deeds; but this man has done nothing wrong.” 42And he said, “Jesus, remember me when you come into your kingdom.” 43And he said to him, “Truly, I say to you, today you will be with me in Paradise.”