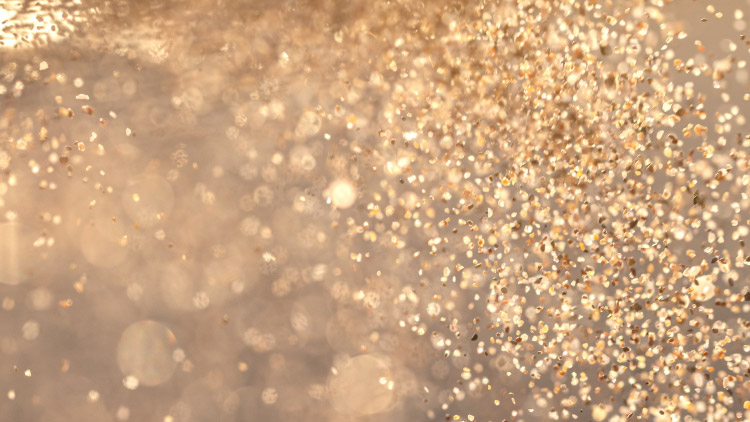 On Them Has Light Shone

The people who walked in darkness have seen a great light; those who dwelt in a land of deep darkness, on them has light shone.
Isaiah 9:2

The Bible never disguises just how dark life can get. The Scriptures are clear that when sins multiply, when evil is celebrated, when God is left out, darkness ensues. And yet, over and over in the Bible’s storyline, we are reminded that God is not afraid of or defeated by such darkness. In fact, He makes a habit of drawing near and turning it into light.

We see Him drawing near in the third chapter of Genesis. Sin had entered the world; the only two people alive had rebelled against their Maker, and they were hiding in shame. It would have been completely understandable for God to have shown up in Eden, dropped a hammer of judgment on Adam and Eve, and started over with another man and woman. But that’s not what He did. He arrived in the garden and asked, “Where are you?” (Genesis 3:9). And when He found them naked and ashamed, He provided a covering for them and gave a promise to them (v 21, 15).

So, too, with His people Israel. By the time Isaiah began his ministry, there was an established history of the people forgetting God and ignoring His prophets. As a result, they labored under the wicked kings they deserved and found themselves “greatly distressed and hungry,” leading them to “speak contemptuously against their king and their God” (Isaiah 8:21). Again, it would have been reasonable for the Lord to have done away with His people at this point, leaving them to experience the “distress and darkness, the gloom of anguish” (v 22), without hope or future. They didn’t want Him. Why should He have stuck around?

But the next chapter begins with a glorious reversal: “There will be no more gloom for her who was in anguish” (Isaiah 9:1). The Lord would not leave His people, and He would not allow them to remain in misery. No, for these people in darkness, “on them has light shone.” The light of grace was breaking into the self-inflicted gloom of sin.

Centuries after Isaiah, the people of God again found themselves in anguish. There were foreign rulers over them, and no prophetic word had been heard for many, many years. Perhaps He’s really done it this time, the people may have thought. Maybe the Lord has finally had enough.

But we know better. We know that into this darkness a child was born. A light shone in the sky, leading to the baby who would prove to be the light of the whole world. The question for us this Advent season, and in any season, is whether the light has dawned in our own hearts or whether we have let the darkness of sin creep in. The good news of Christmas is that the God of the Bible is the God of grace, who comes into the darkness and emptiness of our hearts to bring His light, His joy, and His peace. Are you walking in darkness today, whether that is the darkness of your own sin or the darkness caused by the sin of others? God is neither afraid of nor defeated by these things. In Jesus, He has drawn near. By His Spirit, He can bring light to the dark. Look to Him and walk in His light.

12His winnowing fork is in his hand, and he will clear his threshing floor and gather his wheat into the barn, but the chaff he will burn with unquenchable fire.”

The Baptism of Jesus

13Then Jesus came from Galilee to the Jordan to John, to be baptized by him. 14John would have prevented him, saying, “I need to be baptized by you, and do you come to me?” 15But Jesus answered him, “Let it be so now, for thus it is fitting for us to fulfill all righteousness.” Then he consented. 16And when Jesus was baptized, immediately he went up from the water, and behold, the heavens were opened to him,2 and he saw the Spirit of God descending like a dove and coming to rest on him; 17and behold, a voice from heaven said, “This is my beloved Son,3 with whom I am well pleased.”