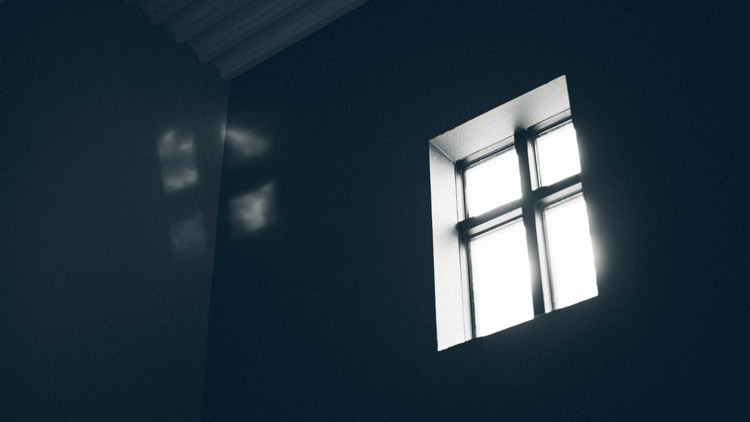 He came to his own, and his own people did not receive him.
John 1:11

Many actors think they’re fit to play the role of Hamlet. In many instances, though, they’re simply not. They just don’t have the ability and experience to do it—though, of course, that doesn’t necessarily stop them trying!

Similarly, all men and women are at some point tempted to challenge God’s authority over their lives, wrongly believing that they can play a role for which He alone is suited. We often fail to trust His divine hand in our circumstances. Instead, we question His sovereign will. We try to steal the part for which only the Creator God is fit.

Resistance to God’s authority is nothing new. While Jesus came down to earth in fulfillment of Old Testament prophecies, throughout His ministry He was unwelcomed by His own people. Israel had been waiting for the Messiah—but once He arrived, they questioned His authority and rejected His identity. They knew these prophecies, yet they were blind to their fulfillment.

Days before He died at the hands of Jewish religious leaders as well as Gentile rulers, Jesus told His parable of the wicked tenants who rejected the vineyard owner and killed his son. The Lord was graciously and boldly pointing out the blindness of the chief priests, scribes, and elders, who were demanding that He justify His actions (Mark 12:1-12). They understood that Jesus was claiming to be God’s Son. Yet having just been warned by Jesus that they were acting like the tenants who had seized the owner’s son, these men then (with tragic irony) immediately wanted to arrest Him.

It is tempting to think, “How presumptuous of those religious leaders to confront the King of the universe and challenge His authority!” But each of us was once no different from them. In our own sinful nature, we didn’t want to receive the Son whom God sent. We were inclined to live in darkness. Actually, we quite liked the darkness! John captures it well when he says that light has come into the world, but people love darkness instead of light because their deeds are evil (John 3:19). People by nature are not by sitting and waiting for the light of the gospel to come into their hearts. Yet by His grace, God opens blind eyes to see the identity of His Son so that people trust and worship Him.

That is why the Bible always speaks in the “now.” There is no day better than today to live for Christ. Even as believers, we are called to continual repentance and restoration in our walk with the Lord rather than choosing to play God in our own lives. As our hearts grow more sensitive to our sin and we experience His continued patience towards us, His kindness will lead us to holiness. And when you live with God at the center of your life, with Him playing the part that only He can, you find that you are able joyfully and confidently to fulfill the role He has given you—to live out the life He has gifted you and the purpose for which He invited you onto the “stage”: a life spent enjoying, knowing, and serving Him.

The Parable of the Tenants

1And he began to speak to them in parables. “A man planted a vineyard and put a fence around it and dug a pit for the winepress and built a tower, and leased it to tenants and went into another country. 2When the season came, he sent a servant1 to the tenants to get from them some of the fruit of the vineyard. 3And they took him and beat him and sent him away empty-handed. 4Again he sent to them another servant, and they struck him on the head and treated him shamefully. 5And he sent another, and him they killed. And so with many others: some they beat, and some they killed. 6He had still one other, a beloved son. Finally he sent him to them, saying, ‘They will respect my son.’ 7But those tenants said to one another, ‘This is the heir. Come, let us kill him, and the inheritance will be ours.’ 8And they took him and killed him and threw him out of the vineyard. 9What will the owner of the vineyard do? He will come and destroy the tenants and give the vineyard to others. 10Have you not read this Scripture:

“‘The stone that the builders rejected

has become the cornerstone;2

11this was the Lord's doing,

and it is marvelous in our eyes’?”

12And they were seeking to arrest him but feared the people, for they perceived that he had told the parable against them. So they left him and went away.