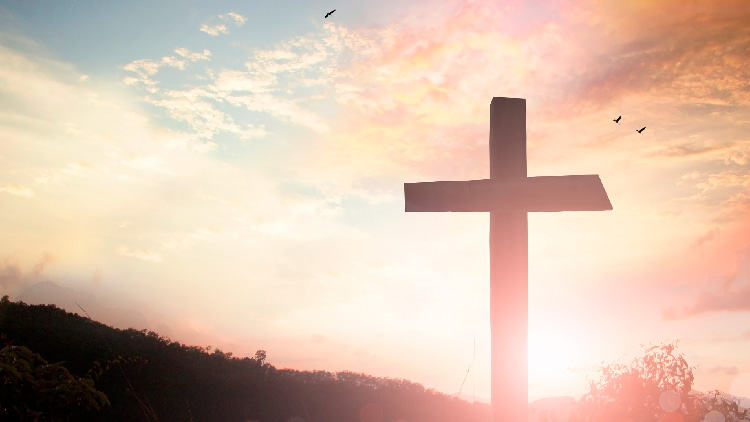 Jesus himself stood among them, and said to them, “Peace to you!” But they were startled and frightened and thought they saw a spirit.
Luke 24:36-37

We might use many words to sum up the achievement of the gospel and our experience of the gospel. One phrase which deserves meditation and inspires worship is simply this: the gospel is a “gospel of peace” (Ephesians 6:15).

When the risen Jesus appeared to the disciples three days after His death, they were understandably frightened. So Jesus spoke to them. What He said was a typical greeting: “Shalom!” or “Peace to you!” But it was also a necessary greeting to calm His disciples’ fear. And His words offered His followers far more than just temporary relief. They also pointed to a deeper, eternal peace.

Throughout the Gospel of Luke, peace and salvation are almost synonymous. At the start of Luke, Simeon had responded to the news of Jesus’ coming birth by praying, “Lord, now you are letting your servant depart in peace, according to your word; for my eyes have seen your salvation” (Luke 2:29-30, emphasis added). When Jesus was grown, He’d told the woman who had anointed His feet with her tears, “Your faith has saved you; go in peace” (7:50, emphasis added). When the risen Jesus spoke peace to His disciples, then, He was using familiar terminology—but in a whole new context.

Jesus’ promise of peace can be a stumbling block for those new to Christianity. At Christmastime, people hear phrases like “Peace on earth and good will to men” and perhaps say to themselves, Well, clearly such peace isn’t happening. There seem to be more wars, factions, and disagreements today than there have ever been. So what did Jesus mean in promising His disciples peace?

Notice that His declaration of peace was followed by an invitation to see His hands and His feet—evidence of His crucifixion. And what was His crucifixion? It was His substitutionary death on behalf of sinners in order to make “peace by the blood of his cross” (Colossians 1:20).

If what Jesus meant by peace was the instant end of all bloodshed and the inhumanity of man to man, then yes, Christianity is a dud. If He was referring to a kind of valium-enhanced tranquility whereby we just drift through our days with nothing able to cloud our vision or bother us, then Christianity is a failure. But if He was speaking of the peace which would be established between the holy God and sinful humankind through His blood shed on the cross, then the gospel truly is the greatest story ever told.

Just as Jesus appeared to His unsettled disciples amid their emotional turmoil, so He comes to us and promises us peace unlike any other. Indeed, He says specifically, “My peace I give to you” (John 14:27, emphasis added). Do not be troubled or afraid, then. For you are at peace with your Creator, loved in the only eyes that matter. Your faith has saved you; go in peace.

25Now there was a man in Jerusalem, whose name was Simeon, and this man was righteous and devout, waiting for the consolation of Israel, and the Holy Spirit was upon him. 26And it had been revealed to him by the Holy Spirit that he would not see death before he had seen the Lord's Christ. 27And he came in the Spirit into the temple, and when the parents brought in the child Jesus, to do for him according to the custom of the Law, 28he took him up in his arms and blessed God and said,

29“Lord, now you are letting your servant4 depart in peace,

according to your word;

30for my eyes have seen your salvation

31that you have prepared in the presence of all peoples,

32a light for revelation to the Gentiles,

and for glory to your people Israel.”