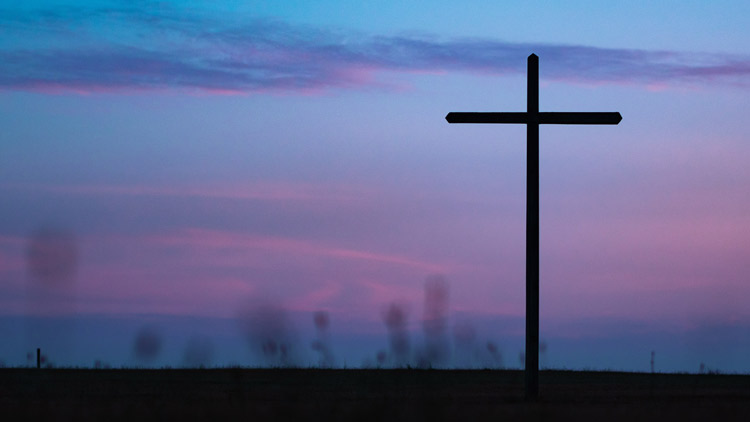 When Israel was a child, I loved him, and out of Egypt I called my son. The more they were called, the more they went away; they kept sacrificing to the Baals and burning offerings to idols.
Hosea 11:1-2

When Jesus was born, Mary and Joseph took Him to Egypt to protect Him from King Herod’s persecution. When Matthew records that event, he includes these words from Hosea, made over seven centuries before, and explains that they were in fact a prophecy that Jesus fulfilled (Matthew 2:13-15). But Hosea’s words weren’t referencing an individual, but rather a nation (“they were called … they went away… they kept sacrificing”). We may think, then, that here is a rather cavalier use of Scripture by Matthew.

But in truth Matthew knows exactly what he’s doing. He is deliberately identifying Jesus with Israel. As God had called His beloved people—His “son”—out of Egypt to worship Him in the promised land, so now, Matthew says, God was calling His one and only begotten Son, the Lord Jesus, out of Egypt and back to the promised land. Jesus, though, was different. Like the Israelites, He was tempted in the wilderness, but unlike the Israelites, He didn’t sin (Matthew 4:1-11; see also Exodus 32:1-6). Jesus is the true Israel, the true Son.

At the outset of His ministry, Jesus chose twelve disciples (Matthew 10:1-4). This was a significant number. By choosing twelve, Jesus made a statement. He, the true Israel, was calling to Himself people to be part of a new Israel. His twelve disciples, rather than the twelve tribes of Israel, were now its foundation. In that choice, the focus of God’s people was and is realigned. Since then, the true Israel is not found in what’s now called the Middle East, nor does it consist only of the biological descendants of Abraham. Instead, it comprises Abraham’s spiritual descendants, both Jew and Gentile. God’s children are those who follow Abraham’s example by placing their trust in God’s promises, which are fulfilled in Jesus.

The promise, says Paul, “depends on faith” and will always “rest on grace” (Romans 4:16). It doesn’t matter whether you are a Jew or a Gentile, rich or poor, male or female. It doesn’t matter who you are or what you have done. The same principle always applies: “If you are Christ’s, then you are Abraham’s offspring, heirs according to promise” (Galatians 3:29). We are “all one in Christ” (v 28). The gospel is the same for all, for the ground is level at the foot of the cross. Religious and moral people are in need of the same salvation as someone who never attends church and has lived with no regard for any standard or creed. We have only one story to tell, but it is the only story we, or anyone, needs.

We are undeniably imperfect. We, like the first Israel, are prone to wander from our Father and to worship idols. But Jesus, the perfectly righteous one, the better and true Israel, died to bear our sins that we might come and cast ourselves upon His mercy. We have been gathered into His great company, into the framework of the true kingdom of Israel, not because of who we are or what we’ve done but because of who He is and what He’s done. Today, through faith in Christ Jesus, you are a child of God, as beloved as He was and is (Galatians 3:26).

The Temptation of Jesus

1Then Jesus was led up by the Spirit into the wilderness to be tempted by the devil. 2And after fasting forty days and forty nights, he was hungry. 3And the tempter came and said to him, “If you are the Son of God, command these stones to become loaves of bread.” 4But he answered, “It is written,

“‘Man shall not live by bread alone,

but by every word that comes from the mouth of God.’”

5Then the devil took him to the holy city and set him on the pinnacle of the temple 6and said to him, “If you are the Son of God, throw yourself down, for it is written,

“‘He will command his angels concerning you,’

“‘On their hands they will bear you up,

lest you strike your foot against a stone.’”

“‘You shall worship the Lord your God

and him only shall you serve.’”

11Then the devil left him, and behold, angels came and were ministering to him.