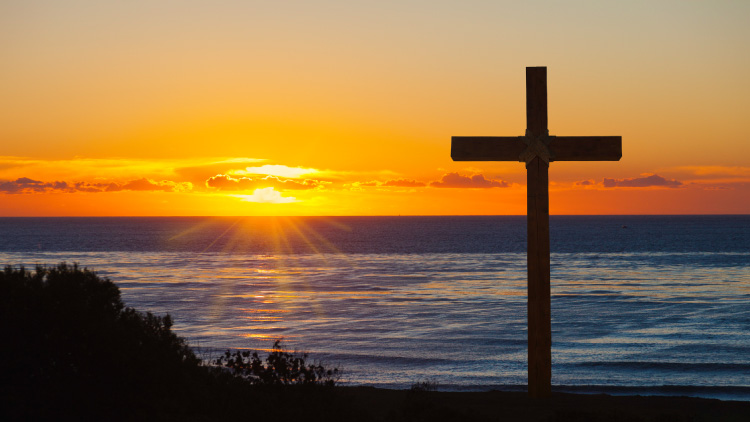 The Kingdom and the Cross

When Jesus arrived in Jerusalem on the first Palm Sunday, He was a king on a donkey, a king without a palace, a king without a throne—a king with no apparent kingdom. It rapidly became abundantly and controversially clear that Christ had come as the suffering king whom the Scriptures had foretold, not as the triumphant king whom people wanted.

Many who admired Jesus on that day in Jerusalem eventually discarded Him. They said, I don’t want any suffering. I only want victory. I only want power. I only want rule. Not much is different today. We often ignore what we don’t like in Jesus’ ministry and content ourselves with Jesus the great example, Jesus the problem-fixer, Jesus the guru, or Jesus the political reformer.

But God’s kingdom centers on the cross: “I decided to know nothing among you,” says Paul, “except Jesus Christ and him crucified” (1 Corinthians 2:2, emphasis added). In other words, we will never understand Jesus—never truly know Him, never really love Him, never actually be in His kingdom—until we understand that the entrance to and the heart of Christ’s kingdom is His death and resurrection. It is the means by which we come into it and the pattern by which we live in it.

A renewed culture comes about not because we transform institutions and policies but because that cross-centered kingdom transforms human hearts. Never in history has a revival been sparked by political activity; it has always resulted from Christians praying, preaching, pleading, and living as Christ calls us to live. The world will only ever be changed when we ourselves are changed.

God’s kingdom is a cause great enough to live for and great enough to die for. Do you want to give up your small ambitions and give yourself to God? Then give up championing a political cause as a means of safeguarding the health of the church or your society or of making revival happen. Instead, go somewhere where nobody knows Jesus and tell them. Maybe it’s your office. Maybe it’s your neighborhood. Or maybe it’s Tehran, Jakarta, or Algiers. It could be anywhere, for God is everywhere and is needed by everyone. Give up living by the maxims of the systems of this world and follow the King who tasted death before He entered His glory (Luke 24:26).

Believers have the immense privilege and the incredible challenge of offering the good news of God’s kingdom to a society that fears death and knows little of true life. That is no easy commission, and heeding it may very well cost you dearly in this life. But no one who gives much for Jesus has cause to regret it, now or through all eternity.

23And he said to all, “If anyone would come after me, let him deny himself and take up his cross daily and follow me. 24For whoever would save his life will lose it, but whoever loses his life for my sake will save it. 25For what does it profit a man if he gains the whole world and loses or forfeits himself? 26For whoever is ashamed of me and of my words, of him will the Son of Man be ashamed when he comes in his glory and the glory of the Father and of the holy angels.

Topics: The Cross Kingdom of God Love of God