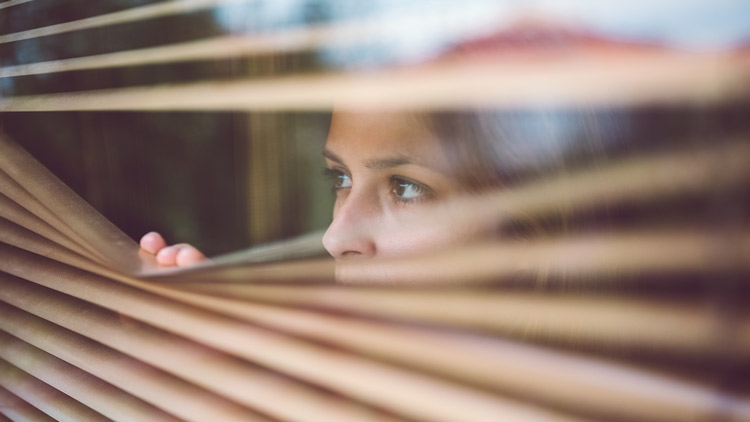 The man and his wife hid themselves from the presence of the Lord God … But the Lord God called to the man and said to him, “Where are you?”
Genesis 3:8-9

Across ethnic, linguistic, and geographical boundaries, children everywhere enjoy the fun of playing hide-and-seek. It is a universal and innocent game. But the first game of hide-and-seek in this world was neither fun nor innocent. It was something deadly serious.

After Adam and Eve’s disobedience in the garden, they hid from each other behind fig leaves and from their Creator behind the trees of the garden. They attempted a cover-up—and God came seeking them with a simple question: “Where are you?”

This question turns on its head the common assumption that man is looking for God, who is hiding somewhere in or beyond the universe. Instead, we discover the opposite: we are the ones who are hiding, and God is the one who comes seeking.

The question may seem like a strange one for God to ask these first humans. After all, doesn’t God know everything already? But God asked where Adam and Eve were not so He could gain new information but because He wanted to help them understand their situation. God came to draw them out more than to drive them out.

Imagine the many ways God could have reacted in response to Adam and Eve’s rebellion. If He had responded strictly in judgment, He could have instantaneously brought about the sentence of death that He had warned them of (Genesis 2:16-17). But it is in God’s nature always to have mercy; so He came instead with a single question. This is the first glimpse of God’s grace after humanity turned their backs on Him. God did not immediately give them what they justly deserved; rather, out of His immense kindness, He granted what was not deserved: an opportunity to respond and return.

None of us would feel comfortable if those closest to us could see all of our deepest thoughts and previous actions. We may hide the truth from each other, and perhaps even from ourselves. But to hide from God is futile. There is simply no way to hide and nowhere to shift the blame to.

We must not believe the lie that God won’t see the “little” sins we keep hidden from others. He sees. Ultimately, He sees into our souls and knows exactly what we have done and where we stand. Wonderfully, we do not need to pretend that we can hide. He comes to us in mercy, not in judgment, for “God did not send his Son into the world to condemn the world, but in order that the world might be saved through him” (John 3:17). Are you burdened by some besetting sin or secret shame? Are you seeking to hide from God what you have been hiding from others? There’s never been a better time to stop hiding from Him. Step into the light. Uncover what cannot remain hidden before Him—so that He might cover it with His blood and so that you might know you are both known and forgiven. He is a kind and saving God who desires a relationship with us.

1My little children, I am writing these things to you so that you may not sin. But if anyone does sin, we have an advocate with the Father, Jesus Christ the righteous. 2He is the propitiation for our sins, and not for ours only but also for the sins of the whole world.