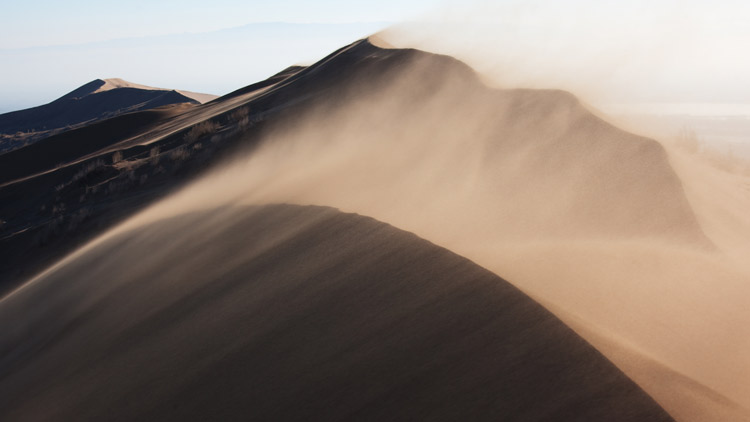 When the chief priests and the officers saw him, they cried out, ‘Crucify him, crucify him!’ Pilate said to them, ‘Take him yourselves and crucify him, for I find no guilt in him.’ The Jews answered him, ‘We have a law, and according to that law he ought to die because he has made himself the Son of God.’ When Pilate heard this statement, he was even more afraid.
John 19:6-8

Whose praise will you live for?

When Christ was put on trial before Pilate, the Roman governor repeatedly declared His innocence—and yet he paired his declarations with dreadful acts against Him.

Pilate said, “I find no guilt in him”—and then handed Jesus over to be brutally flogged, a beating so intense that it sometimes caused gashes and lacerations where veins, arteries, and internal organs would be exposed.

Pilate said, “I find no guilt in him”—and then let the soldiers humiliate Jesus with a mock coronation, placing a crown of thorns upon His head, dressing Him up, and scornfully “worshiping” Him.

Pilate said, “I find no guilt in him”—but did he release Jesus? No, he surrendered Jesus to a vicious execution squad to be killed.

We cannot be passive or indecisive regarding who Christ is to us. Is He the Savior or is He no one? To abstain from a decision about this, as Pilate sought to do, is to abstain from Christ altogether.

Pilate stands as a challenge to each of us. His conduct compels us to ask ourselves: In what situations do I, like Pilate, know the right thing to do in some way and yet fear what other people will say if I do it? Are there ways in which my words or conduct are governed more by the expectations and reaction of others, or by considerations of wealth, position, or promotion, than by the commands of Christ?

Let’s not compromise on our position regarding Christ. If we let the opinions of our colleagues, our neighbors, or our families concern us too much, we may find ourselves giving up forgiveness, peace, heaven, and Christ Himself in exchange for an easier life now. Instead, let’s be brave.

Look again at Christ: flogged, mocked, and killed out of love for you. Then look at those who, perhaps vociferously or perhaps politely, scoff at His truth. Who would you rather offend? Whose “well done” would you rather hear?

Christ is beckoning us to Him so that we might go out and live for Him. Will you come, and will you go?

Jesus Delivered to Be Crucified

1Then Pilate took Jesus and flogged him. 2And the soldiers twisted together a crown of thorns and put it on his head and arrayed him in a purple robe. 3They came up to him, saying, “Hail, King of the Jews!” and struck him with their hands. 4Pilate went out again and said to them, “See, I am bringing him out to you that you may know that I find no guilt in him.” 5So Jesus came out, wearing the crown of thorns and the purple robe. Pilate said to them, “Behold the man!” 6When the chief priests and the officers saw him, they cried out, “Crucify him, crucify him!” Pilate said to them, “Take him yourselves and crucify him, for I find no guilt in him.” 7The Jews1 answered him, “We have a law, and according to that law he ought to die because he has made himself the Son of God.” 8When Pilate heard this statement, he was even more afraid. 9He entered his headquarters again and said to Jesus, “Where are you from?” But Jesus gave him no answer. 10So Pilate said to him, “You will not speak to me? Do you not know that I have authority to release you and authority to crucify you?” 11Jesus answered him, “You would have no authority over me at all unless it had been given you from above. Therefore he who delivered me over to you has the greater sin.”

12From then on Pilate sought to release him, but the Jews cried out, “If you release this man, you are not Caesar's friend. Everyone who makes himself a king opposes Caesar.” 13So when Pilate heard these words, he brought Jesus out and sat down on the judgment seat at a place called The Stone Pavement, and in Aramaic2 Gabbatha. 14Now it was the day of Preparation of the Passover. It was about the sixth hour.3 He said to the Jews, “Behold your King!” 15They cried out, “Away with him, away with him, crucify him!” Pilate said to them, “Shall I crucify your King?” The chief priests answered, “We have no king but Caesar.” 16So he delivered him over to them to be crucified.

So they took Jesus,