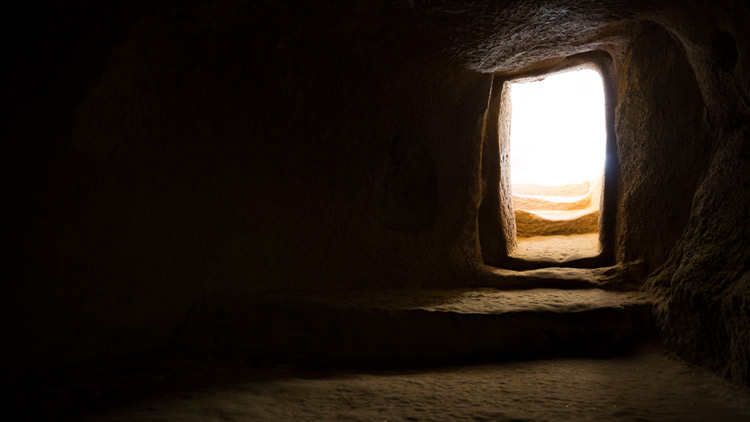 From Fear to Faith

Mary Magdalene went and announced to the disciples, “I have seen the Lord.”
John 20:18

What turns fear to faith?

After Jesus’ crucifixion, the disciples were in complete shambles, dejected and huddled together in fear of persecution. One of them, Judas, was already dead by suicide. Another, Peter, had caved in under pressure and denied Jesus, their leader and teacher, whom they had witnessed being brutally killed. Their hopes and dreams had seemingly died along with Him. Yet just weeks later, this same dejected bunch were on the streets of Jerusalem boldly declaring Jesus as the resurrected Messiah. What turned these men from craven fear to courageous faith? What can make the same change in us? Only the risen Jesus.

The disciples’ Jewish background led them to believe that the Messiah would appear and remain forever. This initially caused them to be crushed by Jesus’ death, for it seemed to mark utter defeat rather than glorious victory. Their shift to confidently proclaiming Jesus as Messiah after His death has only one possible explanation: they must have seen the resurrected Jesus. If they had not, they would have just fondly, or perhaps bitterly, remembered Him as their beloved teacher—but nothing more. What possible forgiveness and hope can be found in a dead man? But with a risen Messiah, suddenly everything changes.

The Bible tells us in firsthand accounts that the disciples encountered the risen Christ (see for instance John 20:11 – 21:23). Some make the argument that the disciples hallucinated, only “seeing” Him because of their all-consuming faith. But remember, they didn’t initially have faith in a resurrection! In fact, Scripture tells us that they sat behind locked doors in fear and disappointment (20:19). And even if they had imagined a risen and reigning Christ, they probably wouldn’t have imagined a Jesus who cooked and ate fish on the beach, who still had scars from His brutal death, and who walked the streets and encountered them in numerous ways. Nor would they have portrayed themselves as so cowardly or included the reports of women (whose testimony was not considered valid in that culture). Rather, they would have presented themselves as the brave and prominent figures who first discovered the empty tomb. Any kind of alternative explanation for the empty tomb demands even more “faith” than trusting in what has been revealed to us in the word of God does.

The resurrection changes everything. We must consider the facts surrounding Jesus’ return from the dead—but we must also consider the glorious good news that it offers us. Without the literal bodily resurrection of Jesus, Christianity is worthless; “Your faith is futile” (1 Corinthians 15:17). But since Jesus has indeed risen and is indeed reigning, then in Him is forgiveness that can be found in no other, and in Him is a future hope like no other. Have you, with the eye of faith, seen the Lord risen and reigning? Then you will, like Mary and like the disciples, see your doubt-filled fear turn to trusting faith as you boldly proclaim this hope to your own heart and to this fearful world.

1Now on the first day of the week Mary Magdalene came to the tomb early, while it was still dark, and saw that the stone had been taken away from the tomb. 2So she ran and went to Simon Peter and the other disciple, the one whom Jesus loved, and said to them, “They have taken the Lord out of the tomb, and we do not know where they have laid him.” 3So Peter went out with the other disciple, and they were going toward the tomb. 4Both of them were running together, but the other disciple outran Peter and reached the tomb first. 5And stooping to look in, he saw the linen cloths lying there, but he did not go in. 6Then Simon Peter came, following him, and went into the tomb. He saw the linen cloths lying there, 7and the face cloth, which had been on Jesus'1 head, not lying with the linen cloths but folded up in a place by itself. 8Then the other disciple, who had reached the tomb first, also went in, and he saw and believed; 9for as yet they did not understand the Scripture, that he must rise from the dead. 10Then the disciples went back to their homes.