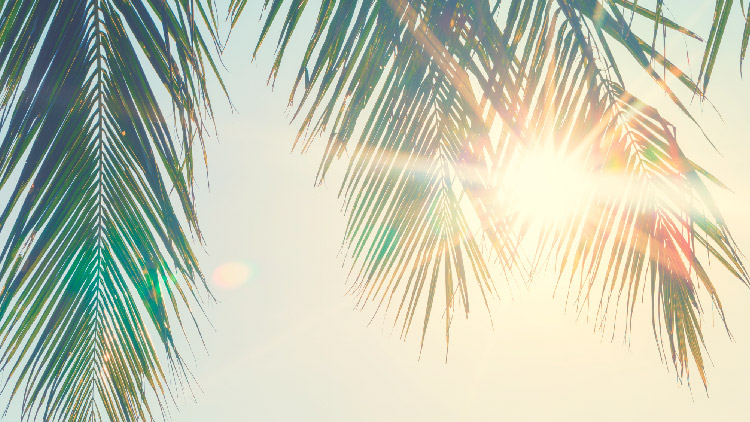 He sent two of the disciples, saying, “Go into the village in front of you, where on entering you will find a colt tied, on which no one has ever yet sat. Untie it and bring it here” … And they brought it to Jesus, and throwing their cloaks on the colt, they set Jesus on it.
Luke 19:29-30, Luke 19:35

What we now call Palm Sunday was a crucial day in the most momentous week in the history of the entire world. Jesus’ triumphal entry into Jerusalem prior to His crucifixion appears in all four Gospels, each of which approaches it from a slightly different vantage point. A closer look at the various iterations of this story would show us the complexity of the social dynamics that may not be apparent in reading Luke’s account alone. Indeed, John’s Gospel tells us that even Jesus’ disciples didn’t understand the impact of His entry into Jerusalem until after the resurrection (John 12:16).

We see in Jesus’ triumphal entry a deliberate statement regarding His identity as He set His face steadfastly toward Jerusalem. He knew that He was fulfilling Old Testament prophecy from hundreds of years earlier: “Shout aloud, O daughter of Jerusalem! Behold, your king is coming to you; righteous and having salvation is he, humble and mounted on a donkey” (Zechariah 9:9). John tells us that the crowds swelled as they watched Jesus ride through the city gates because they had recently seen Him raise Lazarus from the grave (John 12:17-18). There was doubtlessly tremendous interest not only in Lazarus himself but also in the one who had performed that great miracle. When they sang “Blessed is the King who comes in the name of the Lord” (Luke 19:38), they therefore sang with great expectation that their Savior was in their midst. Few would have thought that their praise would soon turn to jeers.

Even as He proclaims His messiahship in this grand entrance, we ought to notice that Jesus is also presenting Himself as the ruler who is “gentle and lowly in heart” (Matthew 11:29)—the King on a donkey. Nowhere else in Scripture do we see Jesus riding any beast of burden, and certainly not a colt. To be the rider of an unbroken colt would be uncomfortable at the least. Yet our all-powerful King demonstrated His perfect humility by doing exactly that.

Pause to ask yourself: What kind of king arrives on a donkey and then proceeds to wear a crown of thorns? What sort of humility does that require, and what sort of love would do that? Many in the crowd expected the Messiah to be a conquering, nationalist hero. That was why their enthusiasm for Jesus lasted only as long as He met their expectations. We need to be careful that we do not decide what sort of king Jesus should be for us and to us and then fling accusations at Him when He does not meet our demands. Instead, we must see Him as He is: the King who came to carry a cross, who calls you and me to do the same as we follow Him, and who promises us not a comfortable life now but an eternal one to come. Here is a better, gentler, humbler, more loving King than any our own imaginations could ever conceive of.

28And when he had said these things, he went on ahead, going up to Jerusalem. 29When he drew near to Bethphage and Bethany, at the mount that is called Olivet, he sent two of the disciples, 30saying, “Go into the village in front of you, where on entering you will find a colt tied, on which no one has ever yet sat. Untie it and bring it here. 31If anyone asks you, ‘Why are you untying it?’ you shall say this: ‘The Lord has need of it.’” 32So those who were sent went away and found it just as he had told them. 33And as they were untying the colt, its owners said to them, “Why are you untying the colt?” 34And they said, “The Lord has need of it.” 35And they brought it to Jesus, and throwing their cloaks on the colt, they set Jesus on it. 36And as he rode along, they spread their cloaks on the road. 37As he was drawing near—already on the way down the Mount of Olives—the whole multitude of his disciples began to rejoice and praise God with a loud voice for all the mighty works that they had seen, 38saying, “Blessed is the King who comes in the name of the Lord! Peace in heaven and glory in the highest!” 39And some of the Pharisees in the crowd said to him, “Teacher, rebuke your disciples.” 40He answered, “I tell you, if these were silent, the very stones would cry out.”