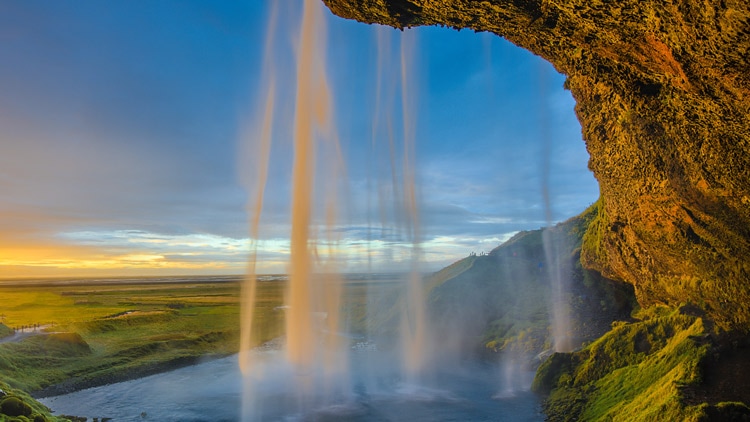 Life Will Flow to All

The circumference of the city shall be 18,000 cubits. And the name of the city from that time on shall be, The Lord Is There.
Ezekiel 48:35

The best is yet to come.

The Israelites had been in exile for six decades when Cyrus of Persia came to power in the 6th century BC. Soon after, the king allowed some of the Israelite captives to return to their previous home. With great hope and anticipation, Ezra and Nehemiah journeyed back and led the people in rebuilding the temple and the walls of Jerusalem.

The number of returned exiles was small, and they faced significant opposition. They were successful in their endeavors, but they were by no means triumphant. In fact, the older, wiser people wept when they laid the foundations of the temple, because they knew it would not meet the grand expectations of the prophets (Ezra 3:10-12).

The longings of those who wept reflected Ezekiel’s final prophecy, which contained this great hope: a new temple would someday be built in a greater Jerusalem. It would be more magnificent than the first temple had ever been, and God would preside in the immense structure, from which a river would flow, giving eternal life to the world (see Ezekiel 40 – 48).

The Israelites knew that what they were building wasn’t the temple Ezekiel had prophesied. It didn’t quite fit. Nor was the homecoming from Babylon the great exodus about which the prophets had spoken. They were left looking beyond their own city and the rebuilt temple. Ultimately, Ezekiel was prophesying about the coming kingdom of God, which was beyond his comprehension.

In the book of Revelation, John describes a vision of heaven that provides a different sight: the church in the kingdom of God. God’s plan was never limited only to the Israelites; it includes so much more. He is determined to completely undo the effects of sin and renew the whole world. Once again, mankind will know what it means to live continually in His presence, in the city called “The LORD Is There.” God will be in our midst, and from Him life will flow to all: “I saw the holy city, new Jerusalem, coming down out of heaven from God … I saw no temple in the city, for its temple is the Lord God the Almighty and the Lamb. And the city has no need of sun or moon to shine on it, for the glory of God gives it light, and its lamp is the Lamb” (Revelation 21:2, 22-23).

Like the Israelites before us, we live looking forward. We lean towards the future in expectation of the return of the King and the completion of His salvation. We will join Jesus in His kingdom and experience the joy which comes from being with Him. Do not settle for what this life has to offer, nor grow despairing over the disappointments of the here and now. Our best days lie ahead of us, in the city of God.

Water Flowing from the Temple

Then he led me back to the bank of the river. 7As I went back, I saw on the bank of the river very many trees on the one side and on the other. 8And he said to me, “This water flows toward the eastern region and goes down into the Arabah, and enters the sea;2 when the water flows into the sea, the water will become fresh.3 9And wherever the river goes,4 every living creature that swarms will live, and there will be very many fish. For this water goes there, that the waters of the sea5 may become fresh; so everything will live where the river goes. 10Fishermen will stand beside the sea. From Engedi to Eneglaim it will be a place for the spreading of nets. Its fish will be of very many kinds, like the fish of the Great Sea.6 11But its swamps and marshes will not become fresh; they are to be left for salt. 12And on the banks, on both sides of the river, there will grow all kinds of trees for food. Their leaves will not wither, nor their fruit fail, but they will bear fresh fruit every month, because the water for them flows from the sanctuary. Their fruit will be for food, and their leaves for healing.”