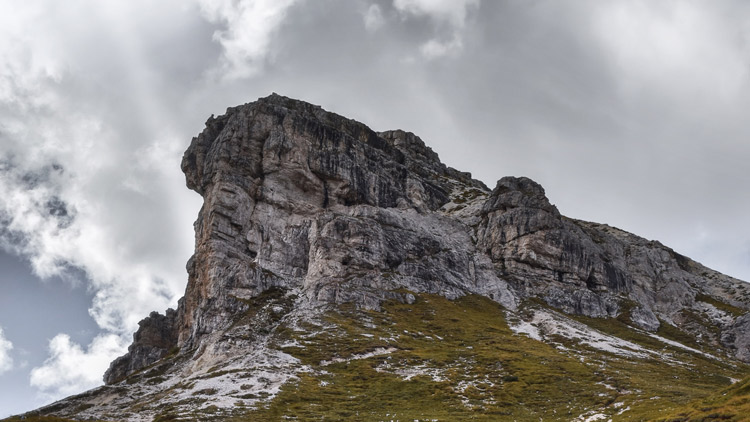 Philippians 2:5-8 is a beautiful statement concerning Christ’s humanity, deity, ministry, and humiliation. Having mapped the humility of the incarnate Son of God all the way to His death on a cross, where does your mind go next? Naturally, we think of the resurrection. But Paul does not. He takes us to Christ’s exaltation.

There is, Paul says, a logical connection between Jesus’ humiliation and His exaltation: “Therefore God has highly exalted him” (v 9, emphasis added). What is this exaltation? It is that the Father has given His Son the throne and ordered this world so that one day “at the name of Jesus every knee should bow, in heaven and on earth and under the earth, and every tongue confess that Jesus Christ is Lord, to the glory of God the Father” (v 10-11).

But why is His exaltation fitting? Scripture gives us several answers. First, Christ’s exaltation is fitting because it fulfills Old Testament prophecy and demonstrates that God keeps His word. The worldwide recognition of Jesus as Lord will occur because God promised it would. Six hundred years before Jesus arrived on the stage of human history, Isaiah recorded these words from God: “Behold, my servant shall act wisely; he shall be high and lifted up, and shall be exalted” (Isaiah 52:13). And so Christ came to bear the pain and sin of the world, fulfilling the role of Suffering Servant, lifted up on a cross and then raised to be exalted on His throne. As Paul wrote elsewhere, “All the promises of God find their Yes in him” (2 Corinthians 1:20).

Second, Christ’s exaltation is fitting because He is God. The Bible teaches us that the Son is one with the Father. On account of His divinity, exaltation is a necessity; there is nowhere else for God to sit! No other seat is suitable for the Son except at His Father’s right hand.

Finally, Christ’s exaltation is fitting because He is the dear Son of His Father. God the Father watched the Son obediently go to the cross to fulfill the covenant of redemption and heard Him cry out in pain, “My God, my God, why have you forsaken me?” (Matthew 27:46). The Father knew that the Son underwent that agony out of love for the Father and love for His people. The Father would not leave His perfect Son in that dire condition. How could the Father’s love do anything other than exalt the Son from His lowly state?

Christ’s humiliation for us and exaltation above us are surely enough to bring us to the point where we bow in joyful submission to Him. They show us that there is one who has the status to demand our obedience and the character to deserve our adoration. They remind us that the best thing about heaven will be the most glorious person in heaven:

I will not gaze at glory, but on my King of grace;
Not at the crown He giveth, but on His piercèd hand;
The Lamb is all the glory of Immanuel’s land.[1]

16So Paul stood up, and motioning with his hand said:

“Men of Israel and you who fear God, listen. 17The God of this people Israel chose our fathers and made the people great during their stay in the land of Egypt, and with uplifted arm he led them out of it. 18And for about forty years he put up with2 them in the wilderness. 19And after destroying seven nations in the land of Canaan, he gave them their land as an inheritance. 20All this took about 450 years. And after that he gave them judges until Samuel the prophet. 21Then they asked for a king, and God gave them Saul the son of Kish, a man of the tribe of Benjamin, for forty years. 22And when he had removed him, he raised up David to be their king, of whom he testified and said, ‘I have found in David the son of Jesse a man after my heart, who will do all my will.’ 23Of this man's offspring God has brought to Israel a Savior, Jesus, as he promised. 24Before his coming, John had proclaimed a baptism of repentance to all the people of Israel. 25And as John was finishing his course, he said, ‘What do you suppose that I am? I am not he. No, but behold, after me one is coming, the sandals of whose feet I am not worthy to untie.’

26“Brothers, sons of the family of Abraham, and those among you who fear God, to us has been sent the message of this salvation. 27For those who live in Jerusalem and their rulers, because they did not recognize him nor understand the utterances of the prophets, which are read every Sabbath, fulfilled them by condemning him. 28And though they found in him no guilt worthy of death, they asked Pilate to have him executed. 29And when they had carried out all that was written of him, they took him down from the tree and laid him in a tomb. 30But God raised him from the dead, 31and for many days he appeared to those who had come up with him from Galilee to Jerusalem, who are now his witnesses to the people. 32And we bring you the good news that what God promised to the fathers, 33this he has fulfilled to us their children by raising Jesus, as also it is written in the second Psalm,

today I have begotten you.’

34And as for the fact that he raised him from the dead, no more to return to corruption, he has spoken in this way,

“‘I will give you the holy and sure blessings of David.’

35Therefore he says also in another psalm,

“‘You will not let your Holy One see corruption.’

36For David, after he had served the purpose of God in his own generation, fell asleep and was laid with his fathers and saw corruption, 37but he whom God raised up did not see corruption. 38Let it be known to you therefore, brothers, that through this man forgiveness of sins is proclaimed to you, 39and by him everyone who believes is freed3 from everything from which you could not be freed by the law of Moses. 40Beware, therefore, lest what is said in the Prophets should come about:

be astounded and perish;

for I am doing a work in your days,

a work that you will not believe, even if one tells it to you.’”

42As they went out, the people begged that these things might be told them the next Sabbath. 43And after the meeting of the synagogue broke up, many Jews and devout converts to Judaism followed Paul and Barnabas, who, as they spoke with them, urged them to continue in the grace of God.