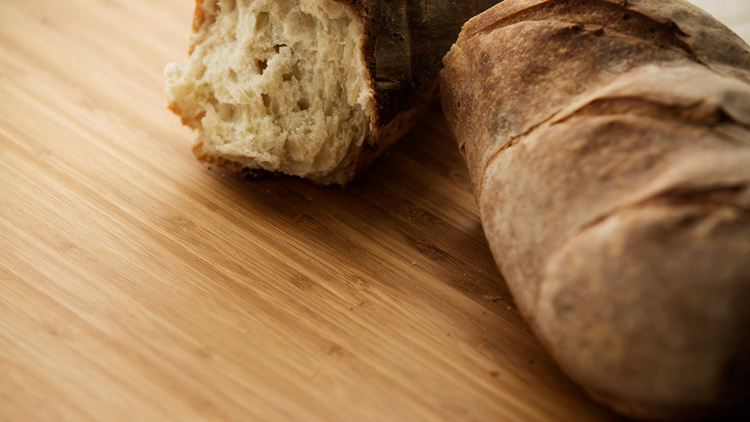 This Is the Lord’s Doing

Then [Naomi] arose with her daughters-in-law to return from the country of Moab, for she had heard in the fields of Moab that the Lord had visited his people and given them food.
Ruth 1:6

Bethlehem is a prominent town in biblical history. In this town, David had looked after his sheep before being anointed to the throne. One thousand years later, when different shepherds were tending their flocks, a host of angels proclaimed the birth of Jesus Christ in the very same town.

Before both of these significant events, however, came the period of the judges, which was characterized by violence, social and political disorder, and religious chaos. During this tumultuous era, famine struck Bethlehem, making the town whose name in Hebrew means “house of bread” into a house of hunger and desperation instead.

In these desperate circumstances, a man named Elimelech chose to move his wife Naomi and their two sons to the land of Moab to find food. While Elimelech’s name means “My God is King,” his decision to leave God’s promised land and live in the land of Israel’s enemies may raise the question in our minds as to whether he really was trusting in God’s provision or committed to obeying His rule.

Moab turned out to be a place of tragedy, not plenty. Elimelech and his sons died, leaving Naomi a widow. After a number of years, though, a small ray of hope broke through the darkness of Naomi’s pain; news reached her that food had returned to Bethlehem. God had provided for His people in His land.

Thousands of years later, we’re tempted to rush past this truth: that God provides what His people need. Perhaps you know that about your salvation—but how easy it is to forget about His daily provision! Do we have eyes to see what He is giving us and doing for us in our daily lives? At the end of each day, do we have hearts brimming with thankfulness for all He has done?

One practical example of God’s continued provision is the very food we receive daily. Nobody ought to walk up and down the aisles of a grocery store with a greater sense of amazement and gratitude than a Christian! Ultimately, it is God who stocks the shelves of our stores and pantries. We can say, as we grab our eggs and our milk, “This is the LORD’s doing; it is marvelous in our eyes” (Psalm 118:23).

No matter how dark and dramatic the events of life may appear to be, God still cares for His people and works out His purposes, and He often chooses to do so through unlikely people and in quiet ways. He had purposed to work great things through Naomi and her family—and it began with bread in Bethlehem. We, too, need to open our eyes to see that God’s provision of food points to His provision of our greatest sustaining need—our Redeemer, Jesus Christ—and to His provision of our highest calling: “good works, which God prepared … that we should walk in them” for His glory (Ephesians 2:10).

24The God who made the world and everything in it, being Lord of heaven and earth, does not live in temples made by man,3 25nor is he served by human hands, as though he needed anything, since he himself gives to all mankind life and breath and everything. 26And he made from one man every nation of mankind to live on all the face of the earth, having determined allotted periods and the boundaries of their dwelling place, 27that they should seek God, and perhaps feel their way toward him and find him. Yet he is actually not far from each one of us, 28for

“‘In him we live and move and have our being’;4

as even some of your own poets have said,

“‘For we are indeed his offspring.’5

29Being then God's offspring, we ought not to think that the divine being is like gold or silver or stone, an image formed by the art and imagination of man. 30The times of ignorance God overlooked, but now he commands all people everywhere to repent, 31because he has fixed a day on which he will judge the world in righteousness by a man whom he has appointed; and of this he has given assurance to all by raising him from the dead.”