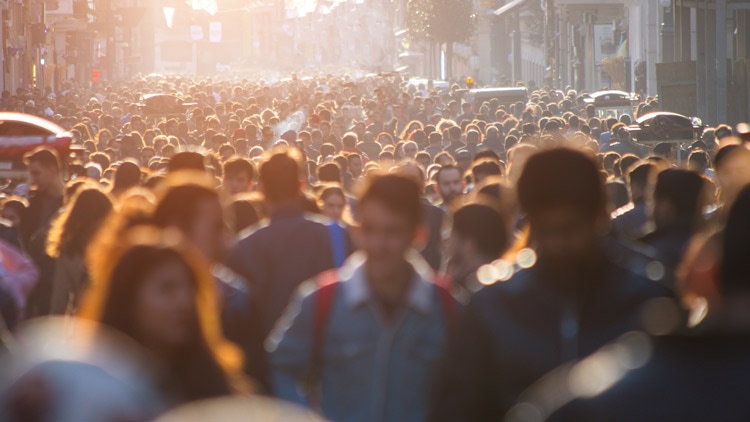 I Want to See

All around the blind man, the Passover was approaching, and the crowd was building. There was a great sense of anticipation. For most in the crowd, there was no time for stopping—certainly not for the ever-present beggars that lay around at the city gates. They were always there, known well to the people on the outskirts of Jericho. Many of the crowd likely would have seen this blind man, Bartimaeus, so often that they didn’t even notice him anymore.

The crowd was so consumed with Jesus that Bartimaeus was probably regarded as a dreadful inconvenience. Their reaction to his cries for mercy—to rebuke him and attempt to silence him—suggests that they thought this marginalized member of society clearly could make no useful contribution to what Jesus was doing. But in seeking to quieten him, they became a barrier to the mission of Jesus—to the very one they claimed to be following and the very cause they claimed to be pursuing.

This particular blind man didn’t have merely a minor interest in Jesus, though, so he continued crying out to Him. Mark’s narrative demonstrates Christ’s perfect compassion with a simple phrase: “Jesus stopped”—two words of grace. Can you imagine the crowd’s reaction when Jesus said to the people who had been rebuking the man, “Call him”? That surely brought a measure of deserved embarrassment!

Perhaps there are people in your life for whom you struggle to pray. Maybe there are some you just want to rebuke or ignore. Maybe you just don’t want to deal with the inconvenience. It can seem like such a nuisance to invite somebody to church, sit with them, eat with them, and be involved in their lives. It is messy, and it demands time and effort. We’d rather such people heard the gospel from someone else. It is so easy to slip into this way of thinking without really noticing; but when we do, we become just like the crowd: a barrier to people meeting their Savior. Jesus says to us, Don’t rebuke them. Call them. This is precisely why I came.

May God forgive us when we, like the crowd, are full of indignation at the interference to our plans and inconvenience to our preferences caused by those who are crying out for His mercy. Christ alone does the work of opening blind eyes, but He has entrusted us with the responsibility and privilege of proclaiming these words: “Take heart … he is calling you.”

The Request of James and John

35And James and John, the sons of Zebedee, came up to him and said to him, “Teacher, we want you to do for us whatever we ask of you.” 36And he said to them, “What do you want me to do for you?” 37And they said to him, “Grant us to sit, one at your right hand and one at your left, in your glory.” 38Jesus said to them, “You do not know what you are asking. Are you able to drink the cup that I drink, or to be baptized with the baptism with which I am baptized?” 39And they said to him, “We are able.” And Jesus said to them, “The cup that I drink you will drink, and with the baptism with which I am baptized, you will be baptized, 40but to sit at my right hand or at my left is not mine to grant, but it is for those for whom it has been prepared.” 41And when the ten heard it, they began to be indignant at James and John. 42And Jesus called them to him and said to them, “You know that those who are considered rulers of the Gentiles lord it over them, and their great ones exercise authority over them. 43But it shall not be so among you. But whoever would be great among you must be your servant,4 44and whoever would be first among you must be slave5 of all. 45For even the Son of Man came not to be served but to serve, and to give his life as a ransom for many.”