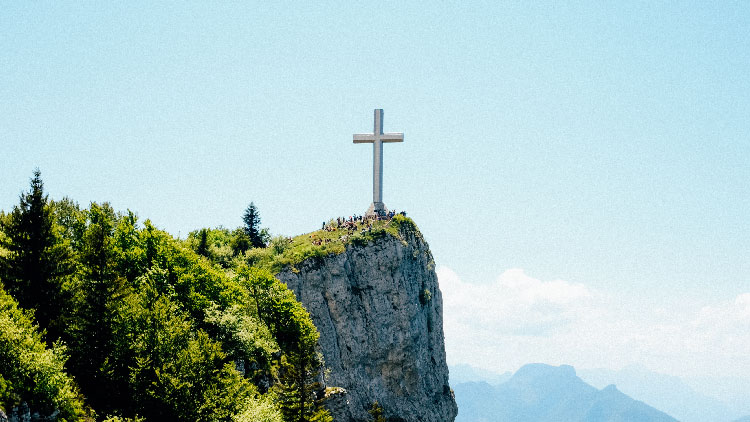 What Will You Do With Jesus?

A third time he said to them, “Why? What evil has he done? I have found in him no guilt deserving death. I will therefore punish and release him.” But they were urgent, demanding with loud cries that he should be crucified. And their voices prevailed.
Luke 23:22-23

As governor over Judea, Pontius Pilate was responsible for maintaining order and quelling civil disruption within his jurisdiction. He was accustomed to using his power and influence to determine the outcome for those awaiting their sentence. But Jesus’ arrival in his courtroom confronted Pilate with the greatest dilemma of his life.

Accompanied by a large crowd of religious officials, Jesus was brought before Pilate. When Pilate pressed the mob and asked them explicitly, “What evil has he done?” all they seemed able to do was to raise their voices louder. (A raised voice is often indicative of a weak argument.) Pilate knew that Jesus was innocent, and so he essentially declared to those assembled, I find no guilt in this man. But the cries of the crowd grew more demanding and more insistent, and Pilate must have started asking himself, What can I do with this Jesus of Nazareth?

Pilate wanted to release Jesus. He knew that he should release Jesus. But Pilate capitulated to his desire to placate the crowd and to maintain favor with the religious leaders, and the voices of the frenzied throng prevailed.

Pilate’s dilemma is not unfamiliar. In fact, it is the great dilemma that confronts men and women: what to do with Jesus of Nazareth. Pilate came face-to-face with the Son of God and heard His testimony from His own lips—and still he chose the world and all of its noise over bending his knee to the King of kings.

In Jesus’ sentencing, God’s eternal plan of salvation unfolded in a moment in time. Jesus was not accused and condemned for His own sin. He was not dying for Himself. He was dying for us. He who was totally innocent became totally guilty in order that we who are totally guilty might be declared completely innocent.

All of Pilate’s attempts to dismiss Jesus, to turn Him over for other officials to pass judgment, to wipe his hands clean of the matter, didn’t work. Neither will ours. Our only hope in life and death is to respond in our hearts to the glory of what happened on the cross. Like Pilate, we face a choice: either we bow our knee to Christ and His lordship or we capitulate to the pressures of the surrounding culture. And while that is a decision we make in the privacy of our hearts, it is one that reveals itself, as it did with Pilate, in what we say when those around us are urging us to deny the rule or goodness of Christ. However loud those voices become, if you are His, then be ready to stand for Him.

9Do your best to come to me soon. 10For Demas, in love with this present world, has deserted me and gone to Thessalonica. Crescens has gone to Galatia,2 Titus to Dalmatia. 11Luke alone is with me. Get Mark and bring him with you, for he is very useful to me for ministry. 12Tychicus I have sent to Ephesus. 13When you come, bring the cloak that I left with Carpus at Troas, also the books, and above all the parchments. 14Alexander the coppersmith did me great harm; the Lord will repay him according to his deeds. 15Beware of him yourself, for he strongly opposed our message. 16At my first defense no one came to stand by me, but all deserted me. May it not be charged against them! 17But the Lord stood by me and strengthened me, so that through me the message might be fully proclaimed and all the Gentiles might hear it. So I was rescued from the lion's mouth. 18The Lord will rescue me from every evil deed and bring me safely into his heavenly kingdom. To him be the glory forever and ever. Amen.