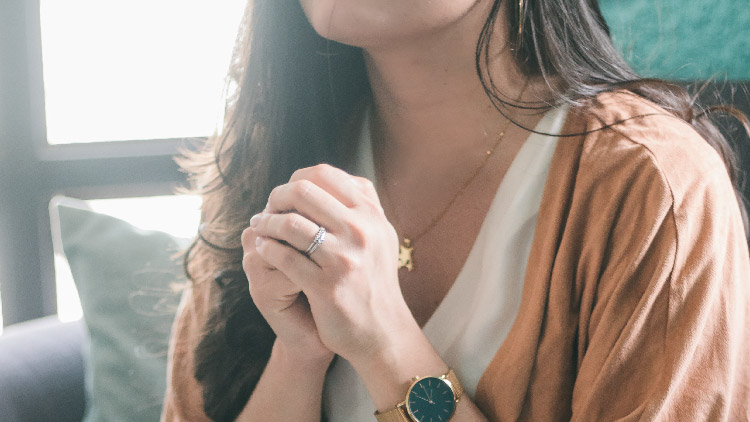 Save, O Lord, for the godly one is gone; for the faithful have vanished from among the children of man.
Psalm 12:1

God’s people in every age have learned that being a child of God does not make us immune to life’s difficulties. One reason why the Psalms are such a treasure is that they give us a record of God’s people enduring “trials of various kinds” (James 1:2). And what the Psalms then provide is not a blueprint for how to fix our problems but a model for a faithful response to our problems.

David’s life was full of difficulties. He faced attempts to take his life by the likes of Goliath and Saul (1 Samuel 17; 19). He was the target of a coup perpetrated by his own son (2 Samuel 14 – 15). He confronted difficulties and tragedies that resulted from his own sin and folly (2 Samuel 11 – 12). Psalm 12, though, describes another sort of struggle: that of living in the midst of wicked people.

The evil surrounding David came in the form of double-talk: “Everyone utters lies to his neighbor; with flattering lips and a double heart they speak” (Psalm 12:2). It came in the form of defiant tongues: “those who say, ‘With our tongue we will prevail, our lips are with us; who is master over us?’” (v 4). It came from degraded values, seen in the way that “vileness is exalted among the children of man” (v 8). It’s not hard to imagine how difficult it would be to live in such an environment.

Imagine the ways David could have responded. He could have recorded his grumbling for us, written down his rage, or told us the way he took matters into his own hands. (And there is certainly a place for wise and righteous action!) But what is his first response? It’s in the opening words of the psalm: “Save, O LORD.” David’s response to the wretchedness around him is to humbly and urgently plead with God for help.

Some of us can look around and see much in common with what David describes in Psalm 12. We hear double-talk, we see defiance, and we watch as evil is celebrated as good. We know how David felt, and we share his struggle. But do we share his response? Paul tells us that if we want to be “children of God without blemish in the midst of a crooked and twisted generation,” then we must “do all things without grumbling or disputing” (Philippians 2:14-15). Further, he tells us not to be anxious about anything but instead to pray for everything (4:6).

When confronted by ungodliness, it is easy to grow angry or proud or despairing. It is easy to give up and go with the flow. It is harder, but always better, to follow David’s example: pray, trust, and obey. A commitment to prayer is a powerful way of declaring your allegiance to Jesus Christ alone. Next time you are struck by an aspect of your community or culture that is wicked, pray; ask Him to save, help, and deliver you from evil. “He who calls you is faithful; he will surely do it” (1 Thessalonians 5:24).

Lights in the World

12Therefore, my beloved, as you have always obeyed, so now, not only as in my presence but much more in my absence, work out your own salvation with fear and trembling, 13for it is God who works in you, both to will and to work for his good pleasure.

14Do all things without grumbling or disputing, 15that you may be blameless and innocent, children of God without blemish in the midst of a crooked and twisted generation, among whom you shine as lights in the world, 16holding fast to the word of life, so that in the day of Christ I may be proud that I did not run in vain or labor in vain.