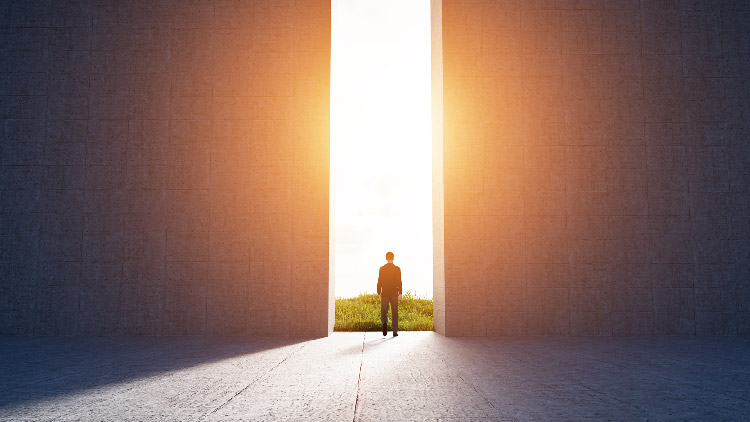 In those days there will be such tribulation as has not been from the beginning of the creation that God created until now, and never will be. And if the Lord had not cut short the days, no human being would be saved. But for the sake of the elect, whom he chose, he shortened the days.
Mark 13:19-20

At the very heart of the greatest drama in history is the amazing encounter that’s first hinted at in Genesis chapter 3: Christ is the one who has come, and will come, to vanquish the Evil One. Through His death on the cross, Jesus bruised the head of the serpent (Genesis 3:15) and secured eternal victory for His people. But for us the battle is not yet over. Behind every act of hatred, every broken marriage, every act of injustice—all that represents chaos and carnage and wickedness—the Evil One still engages in his skirmishes, seeking to destroy until he himself is destroyed.

The Christian lives in light of this tension, this reality: there will be trials and tribulations for the totality of our earthly pilgrimage, yet we never need to lose heart or hope. We can stand firm in our faith because Christ is the great Conqueror. Though His victory is not yet fully realized or expressed, it is no less complete, for the cross has disarmed Satan and his followers (Colossians 2:13-15).

Jesus warned us that tribulation would take place—and increasingly so until His return. He commands us to “be on guard” (Mark 13:23, 33) that we might not be led astray. In other words, Jesus forewarned us so that we might be forearmed for suffering. When it confronts us, we should not be taken by surprise, because our Captain has readied us.

We are not to be alarmed by “wars and rumors of wars,” by nation rising against nation, or by an increase in devastating natural calamities (Mark 13:7-8). The Lord tells us that some believers will even “be beaten” (v 9), “deliver[ed] … over to death” (v 12), and, above all, “hated by all for [Christ’s] name’s sake” (v 13). In addition, “false christs and false prophets will arise and perform signs and wonders, to lead astray, if possible, the elect” (v 22).

In the middle of all the chaos, however, we can remember where God’s focus lies: on His people, His elect. As Jesus Himself said, “for the sake of the elect, whom he chose, he shortened the days.” God intervenes on behalf of His own and protects His children from succumbing to perils within and without. He will not let us be pushed beyond that for which He has given us faith to remain faithful through.

Jesus’ warnings resound with an unequivocal declaration of His kingship: no matter what happens—no matter who’s elected, no matter whether your civic freedoms stay or go, no matter if you’re imprisoned, tormented, or even killed for your faith—you can be absolutely sure that our God reigns and our Savior has won. That is firm ground on which to stand, however your life may be shaken.

The Woman and the Dragon

1And a great sign appeared in heaven: a woman clothed with the sun, with the moon under her feet, and on her head a crown of twelve stars. 2She was pregnant and was crying out in birth pains and the agony of giving birth. 3And another sign appeared in heaven: behold, a great red dragon, with seven heads and ten horns, and on his heads seven diadems. 4His tail swept down a third of the stars of heaven and cast them to the earth. And the dragon stood before the woman who was about to give birth, so that when she bore her child he might devour it. 5She gave birth to a male child, one who is to rule all the nations with a rod of iron, but her child was caught up to God and to his throne, 6and the woman fled into the wilderness, where she has a place prepared by God, in which she is to be nourished for 1,260 days.

Satan Thrown Down to Earth

7Now war arose in heaven, Michael and his angels fighting against the dragon. And the dragon and his angels fought back, 8but he was defeated, and there was no longer any place for them in heaven. 9And the great dragon was thrown down, that ancient serpent, who is called the devil and Satan, the deceiver of the whole world—he was thrown down to the earth, and his angels were thrown down with him. 10And I heard a loud voice in heaven, saying, “Now the salvation and the power and the kingdom of our God and the authority of his Christ have come, for the accuser of our brothers1 has been thrown down, who accuses them day and night before our God. 11And they have conquered him by the blood of the Lamb and by the word of their testimony, for they loved not their lives even unto death. 12Therefore, rejoice, O heavens and you who dwell in them! But woe to you, O earth and sea, for the devil has come down to you in great wrath, because he knows that his time is short!”