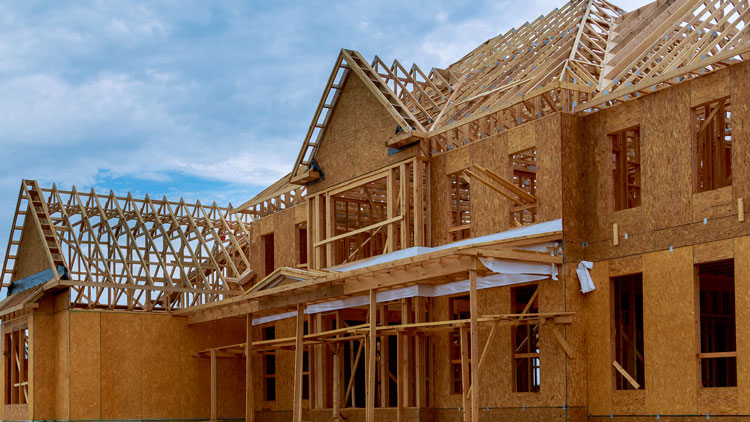 The Mystery of God’s Will

[He is] making known to us the mystery of his will, according to his purpose, which he set forth in Christ as a plan for the fullness of time, to unite all things in him, things in heaven and things on earth.
Ephesians 1:9-10

When you watch new construction on a building from the outside, everything that is going on under all the scaffolding and house wrap can seem like a mystery. Something is obviously taking shape, but for anyone other than the architect it can be difficult to fully imagine the end result.

In the unfolding drama of the Old Testament, the mystery of God’s will resembles scaffolding and wrap, shrouding certain parts of the biblical story until, as Paul puts it, “the fullness of time had come” (Galatians 4:4). Even as the prophets themselves prophesied concerning the one who was to come, they could only guess at the full meaning behind all the hints and clues laced throughout their writings (1 Peter 1:10-11).

In biblical language, a “mystery” isn’t a puzzle waiting to be solved by human ingenuity. Rather, it is a secret that is waiting to be revealed by God. Through the work of His Spirit in our hearts and minds, many of God’s mysteries become comprehensible to us. Apart from His work, we cannot understand them.

After His resurrection, when Jesus had the opportunity to address the unhappy travelers on the road to Emmaus, He responded to them in a loving yet strategic way (Luke 24:18-27). At first, they hadn’t recognized Him, asking, “Are you the only visitor to Jerusalem who does not know the things that have happened there in these days?” (How ironic!) Jesus simply responded, “What things?” He wanted to draw them out. Then, after they had shared the story of His crucifixion and resurrection, He said to them, “O foolish ones, and slow of heart to believe all that the prophets have spoken!” They hadn’t yet understood the mystery—and so, Luke tells us, the Lord clarified it: “‘Was it not necessary that the Christ should suffer these things and enter into his glory?’ And beginning with Moses and all the Prophets, he interpreted to them in all the Scriptures the things concerning himself.”

“The mystery of his will” has been—indeed, is being—made known to God’s people so that He might “unite all things in him.” One day, when all the seasons which the Father has fixed by His own authority have run their course, all of this unity will come to fruition. Finally, the scaffolding, tarps, and wrapping will be stripped away, and we will see the building in its completion. Until that day, we can be grateful that the Lord has revealed the mystery of salvation to us, and we can walk in service and praise of Him, confident that while we may not understand the plans or the progress toward completion, the divine Architect is working out all things for the good of His people and the glory of His Son.

The Scroll and the Lamb

6And between the throne and the four living creatures and among the elders I saw a Lamb standing, as though it had been slain, with seven horns and with seven eyes, which are the seven spirits of God sent out into all the earth. 7And he went and took the scroll from the right hand of him who was seated on the throne. 8And when he had taken the scroll, the four living creatures and the twenty-four elders fell down before the Lamb, each holding a harp, and golden bowls full of incense, which are the prayers of the saints. 9And they sang a new song, saying,

“Worthy are you to take the scroll

and to open its seals,

for you were slain, and by your blood you ransomed people for God

from every tribe and language and people and nation,

10and you have made them a kingdom and priests to our God,

and they shall reign on the earth.”

11Then I looked, and I heard around the throne and the living creatures and the elders the voice of many angels, numbering myriads of myriads and thousands of thousands, 12saying with a loud voice,

“Worthy is the Lamb who was slain,

to receive power and wealth and wisdom and might

and honor and glory and blessing!”

13And I heard every creature in heaven and on earth and under the earth and in the sea, and all that is in them, saying,

“To him who sits on the throne and to the Lamb

be blessing and honor and glory and might forever and ever!”

14And the four living creatures said, “Amen!” and the elders fell down and worshiped.