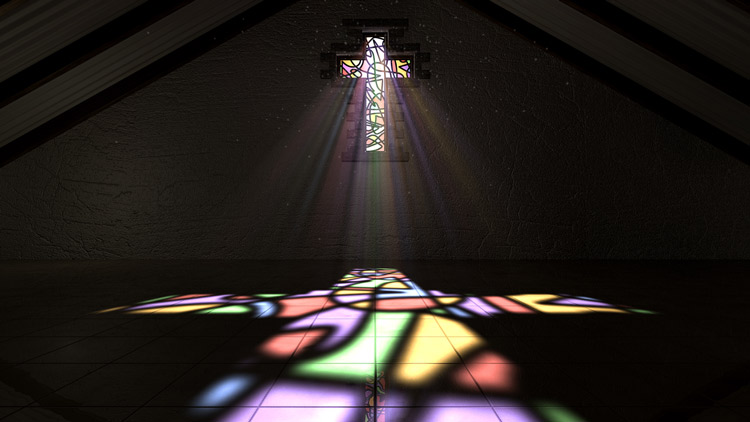 The True Tabernacle and Temple

The Jews said to him, “What sign do you show us for doing these things?” Jesus answered them, “Destroy this temple, and in three days I will raise it up.”
John 2:18-19

Some understand the Bible to be little more than a mixture of philosophical information and spiritual tidbits. Nothing could be further from the truth, for the Bible contains the unfolding drama of God’s intervention in our world. The theme of God’s kingdom provides us with one useful way of entering and following the thread of its story. And in every kingdom, there is a dwelling place for the king.

Throughout much of the Old Testament, the tabernacle was the place where God dwelled with Israel. While the tabernacle was among God’s people, though, it was not open to them. Even Moses himself could not enter when the cloud of God’s glory settled upon it (Exodus 40:34-35). Then, once Jerusalem had become the capital of the land, the tabernacle tent was replaced by a permanent building—the temple. Here was God, the King of His people, dwelling in the capital city of His people and their land. But still the way to Him was barred by the curtain that separated the Most Holy Place from the rest of the temple complex (26:31-34).

And then “the Word became flesh” and literally “tabernacled among us” (John 1:14).

In reading the New Testament, we discover that just as the people of old looked to the tabernacle for an encounter with God, now we look to a person—God Himself, who pitched Himself in human flesh and lived among us. John’s language specifically communicates that God, in Jesus, dwelled among His people physically and now dwells in His people by His Spirit (John 14:16-18). He is here among us. Jesus, in other words, is the true tabernacle.

This is what He was seeking to explain when, after He had cleansed the temple by driving out the merchants and money-changers who had set up shop there, He was challenged about His authority to do such an audacious thing (John 2:13-16) and He answered, “Destroy this temple, and in three days I will raise it up.” John explains that after Jesus was crucified, was buried, and rose from the dead, His disciples understood that “he was speaking about the temple of his body” (v 21).

When Jesus died, the curtain in the temple tore, signifying that through Christ we now have unfettered access to God; but also showing that the temple building was now obsolete, for its fulfillment had come. A few decades later, the temple in Jerusalem would ultimately be destroyed.

If we want to meet with God, we must go to Jesus. We no longer need a specific building or special icons or shrines. God meets with His people—when we are gathered and when we are scattered—not in places but in the person of His Son, the true temple. Whatever day today is, and whatever you are up to, there is nothing and no one standing between you and a living encounter with the holy God. The King dwells in you today.

13The Passover of the Jews was at hand, and Jesus went up to Jerusalem. 14In the temple he found those who were selling oxen and sheep and pigeons, and the money-changers sitting there. 15And making a whip of cords, he drove them all out of the temple, with the sheep and oxen. And he poured out the coins of the money-changers and overturned their tables. 16And he told those who sold the pigeons, “Take these things away; do not make my Father's house a house of trade.” 17His disciples remembered that it was written, “Zeal for your house will consume me.”

18So the Jews said to him, “What sign do you show us for doing these things?” 19Jesus answered them, “Destroy this temple, and in three days I will raise it up.” 20The Jews then said, “It has taken forty-six years to build this temple,3 and will you raise it up in three days?” 21But he was speaking about the temple of his body. 22When therefore he was raised from the dead, his disciples remembered that he had said this, and they believed the Scripture and the word that Jesus had spoken.

Footnotes
3 2:20 Or This temple was built forty-six years ago
Topics: Kingdom of God Preaching Christ from the Old Testament Redemptive History