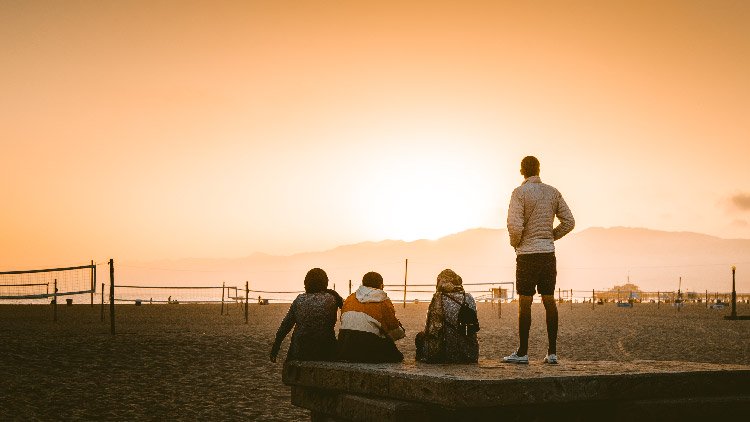 God Is Not Mocked

After these things King Ahasuerus promoted Haman the Agagite, the son of Hammedatha, and advanced him and set his throne above all the officials who were with him. And all the king’s servants who were at the king’s gate bowed down and paid homage to Haman, for the king had so commanded concerning him. But Mordecai did not bow down or pay homage.
Esther 3:1-2

Nothing written in the Bible is accidental or irrelevant. The writer of Esther, for example, introduces Haman to us as “the Agagite, the son of Hammedatha.” That description is reinforced later on with the added emphasis “the enemy of the Jews”
(Esther 3:10). When such repetition occurs, we should recognize that the writer wants us to understand a piece of information as significant. Some biblical background will help us appreciate the importance of this particular description of Haman.

After leaving Egypt, God’s people had been advancing toward Sinai when Amalek came and fought with them. We read that “Joshua overwhelmed Amalek and his people with the sword. Then the LORD said to Moses, ‘Write this as a memorial in a book and recite it in the ears of Joshua, that I will utterly blot out the memory of Amalek from under heaven’” (Exodus 17:13-14).

Later, when Saul was made king of Israel, he was given a charge by God to destroy the Amalekites, their king Agag, and all that they had (1 Samuel 15:2-3). In other words, Saul was to enact the judgment of God on those who had lived in active opposition to Him and His people for centuries, refusing to repent. Yet despite the clarity of God’s command, “Saul and the people spared Agag … and all that was good, and would not utterly destroy them” (v 9). Saul later confessed to Samuel, “I have transgressed the commandment of the LORD and your words, because I feared the people and obeyed their voice” (v 24).

In the Persia of the 5th century BC, power resided in the hands of Haman—and the writer wants us to understand that he was “the Agagite,” a descendant of Agag. Not only that but Mordecai’s grandfather was a “son of Kish” (Esther 2:5). Kish was Saul’s father. Mordecai, then, was a Jew whose lineage was connected to Saul, the king who had decided that God’s word didn’t really matter. As a result of Saul’s decision, an old conflict was allowed to keep simmering, and then bubbled up and boiled over as Haman sought to destroy all the Jews (3:6). Mordecai is confronted by the evil of an Agagite who shouldn’t exist—but who does exist because of the disobedience of Saul, Mordecai’s own ancestor.

God is not mocked when He gives His commands, issues His warnings, and says what He wants done. Failure to obey God always has ramifications. When we listen to the suggestions of others rather than to the directions of God, we will live with the implications for ourselves, and so will those who love us and those who live within our sphere of influence. The wisdom of God is vaster than the wisdom of man. Be quick, then, to obey God’s command, that you may live in the blessing of obedience and not store up trouble for yourself or those who follow you.

18“You shall therefore lay up these words of mine in your heart and in your soul, and you shall bind them as a sign on your hand, and they shall be as frontlets between your eyes. 19You shall teach them to your children, talking of them when you are sitting in your house, and when you are walking by the way, and when you lie down, and when you rise. 20You shall write them on the doorposts of your house and on your gates, 21that your days and the days of your children may be multiplied in the land that the Lord swore to your fathers to give them, as long as the heavens are above the earth. 22For if you will be careful to do all this commandment that I command you to do, loving the Lord your God, walking in all his ways, and holding fast to him, 23then the Lord will drive out all these nations before you, and you will dispossess nations greater and mightier than you. 24Every place on which the sole of your foot treads shall be yours. Your territory shall be from the wilderness to4 the Lebanon and from the River, the river Euphrates, to the western sea. 25No one shall be able to stand against you. The Lord your God will lay the fear of you and the dread of you on all the land that you shall tread, as he promised you.

26“See, I am setting before you today a blessing and a curse: 27the blessing, if you obey the commandments of the Lord your God, which I command you today, 28and the curse, if you do not obey the commandments of the Lord your God, but turn aside from the way that I am commanding you today, to go after other gods that you have not known. 29And when the Lord your God brings you into the land that you are entering to take possession of it, you shall set the blessing on Mount Gerizim and the curse on Mount Ebal. 30Are they not beyond the Jordan, west of the road, toward the going down of the sun, in the land of the Canaanites who live in the Arabah, opposite Gilgal, beside the oak5 of Moreh? 31For you are to cross over the Jordan to go in to take possession of the land that the Lord your God is giving you. And when you possess it and live in it, 32you shall be careful to do all the statutes and the rules that I am setting before you today.