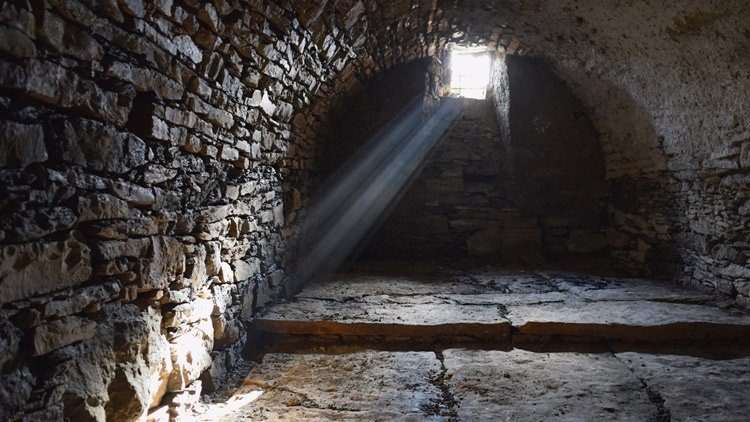 Joseph’s master took him and put him into the prison … But the Lord was with Joseph and showed him steadfast love and gave him favor in the sight of the keeper of the prison.
Genesis 39:20-21

After Potiphar’s wife falsely accused him, Joseph hit rock bottom… again. Once more he found himself condemned—not to a pit this time but to a dungeon. The bottom had dropped out of his world.

And yet, as a man of God—as a man of principle—Joseph displayed enduring patience. He had fled the seductive temptation from Potiphar’s wife on the strength of his convictions, making his decision on the basis of purity and rightness. Clearly, Joseph feared God more than he feared a dungeon. He would not sleep with Potiphar’s wife because to do so would have been to sin against God. For Joseph, that was the end of any internal discussion, and it was sufficient basis for his decision.

Such a view will keep us, too, on the narrow way. True faithfulness comes not from pragmatism but from principle. It is the forming of decisions in the quiet place, without all of life’s fanfare distracting us. It is obeying despite the consequences. It is being so resolved to be a man or woman of God that when the pressure to sin is greatest or when everything comes crashing down on us, we know how to respond.

As Joseph endured wrongful suffering, God demonstrated His love by granting him favor with his jailer. There is nothing in the narrative to suggest that Joseph tried to manipulate the circumstances to his own end—and even if Joseph had been looking around for a friend or ally, he never would have anticipated that the prison warder would fill that role! But God had other ideas. The Lord’s presence remains with His people even in the most extreme circumstances.

From time to time, we all feel as if we are in the dungeon—a new low in our lives—and are confined by chilling isolation. Maybe that’s you today. Maybe you, like Joseph, have been the victim of false accusations or are counting the cost of your determination to obey your Lord, or maybe something entirely different is weighing down your weary soul. No matter what, the Lord knows. He has never been taken by surprise, and He loves you with an everlasting love. His love is steadfast and is not changed by circumstances. He loves you enough to have walked through the dungeon of death and the terror of hell in order that you need never do so. Take comfort in knowing that, as the prophet Zechariah declared, “he who touches you touches the apple of [God’s] eye” (Zechariah 2:8).