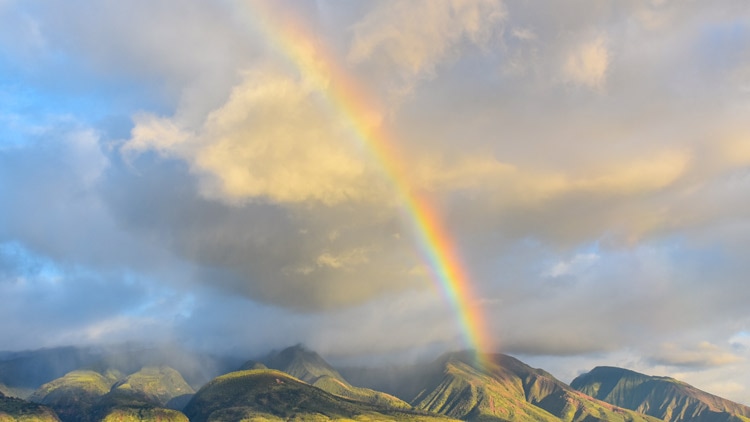 But Noah found favor in the eyes of the Lord.
Genesis 6:8

The Noah of popular imagination is a spiritual giant, a hero of the faith. In truth, though, he was just an ordinary man. He was like everybody else as he went about his daily tasks, earned a living, and raised his kids.

Before Noah’s story unfolds, we’re told that “the LORD saw that the wickedness of man was great in the earth, and that every intention of the thoughts of his heart was only evil continually. And the LORD regretted that he had made man on the earth, and it grieved him to his heart” (Genesis 6:5-6). No distinctions are made here. Without exception, the whole human race was involved in wickedness—including Noah.

The point is clear: All had sinned. All were alienated from God. All must face judgment.

“But Noah…” By God’s grace, the reality of sin and judgment is always tempered by a divine “but.” God’s grace, unexplained and unmerited, was extended to Noah. This was the only thing that eventually distinguished him from the rest of humanity. God chose Noah and his family to be the recipients of His grace, establishing a relationship with him that had not existed before. Because of this grace, Noah became “a righteous man” who “walked with God” (Genesis 6:9).

Noah could make no claim on God. Without any virtue on his part, and against all the odds, God simply intervened in Noah’s life.

Many people are under the impression that grace isn’t found in the Old Testament—that in the early days, it was all fire and brimstone, law and judgment, and it’s not until Jesus arrives that grace comes. The reality, though, is that grace not only precedes creation but also unfolds in the midst of judgments throughout history and on every page of the Bible.

And throughout the Bible, grace works itself out. Noah built a boat in obedience to the word of God when the word of God was all he had to go on. When we experience grace in all its fullness, it diminishes us and exalts God. It makes us realize that life is all about Him and His kindness to us. It moves us to trust His word and obey His commands.

The only thing that distinguishes you from the culture around you is the same thing that marked Noah out from the people of his day: the unmerited, outreaching favor of God. So be on guard against spiritual pride as much as worldly compromise. None of us are smart enough to grasp the idea of salvation or good enough to merit the joy of salvation. You and I are not deserving—but nevertheless, God has intervened. Only when the grace of God grips our hearts will we, like Noah, walk in the way of our Creator rather than the way of our world and live in obedient humility and confident hope. Only grace has that effect.

1When man began to multiply on the face of the land and daughters were born to them, 2the sons of God saw that the daughters of man were attractive. And they took as their wives any they chose. 3Then the Lord said, “My Spirit shall not abide in1 man forever, for he is flesh: his days shall be 120 years.” 4The Nephilim2 were on the earth in those days, and also afterward, when the sons of God came in to the daughters of man and they bore children to them. These were the mighty men who were of old, the men of renown.

5The Lord saw that the wickedness of man was great in the earth, and that every intention of the thoughts of his heart was only evil continually. 6And the Lord regretted that he had made man on the earth, and it grieved him to his heart. 7So the Lord said, “I will blot out man whom I have created from the face of the land, man and animals and creeping things and birds of the heavens, for I am sorry that I have made them.” 8But Noah found favor in the eyes of the Lord.

Noah and the Flood

9These are the generations of Noah. Noah was a righteous man, blameless in his generation. Noah walked with God. 10And Noah had three sons, Shem, Ham, and Japheth.

11Now the earth was corrupt in God's sight, and the earth was filled with violence. 12And God saw the earth, and behold, it was corrupt, for all flesh had corrupted their way on the earth. 13And God said to Noah, “I have determined to make an end of all flesh,3 for the earth is filled with violence through them. Behold, I will destroy them with the earth. 14Make yourself an ark of gopher wood.4 Make rooms in the ark, and cover it inside and out with pitch. 15This is how you are to make it: the length of the ark 300 cubits,5 its breadth 50 cubits, and its height 30 cubits. 16Make a roof6 for the ark, and finish it to a cubit above, and set the door of the ark in its side. Make it with lower, second, and third decks. 17For behold, I will bring a flood of waters upon the earth to destroy all flesh in which is the breath of life under heaven. Everything that is on the earth shall die. 18But I will establish my covenant with you, and you shall come into the ark, you, your sons, your wife, and your sons' wives with you. 19And of every living thing of all flesh, you shall bring two of every sort into the ark to keep them alive with you. They shall be male and female. 20Of the birds according to their kinds, and of the animals according to their kinds, of every creeping thing of the ground, according to its kind, two of every sort shall come in to you to keep them alive. 21Also take with you every sort of food that is eaten, and store it up. It shall serve as food for you and for them.” 22Noah did this; he did all that God commanded him.