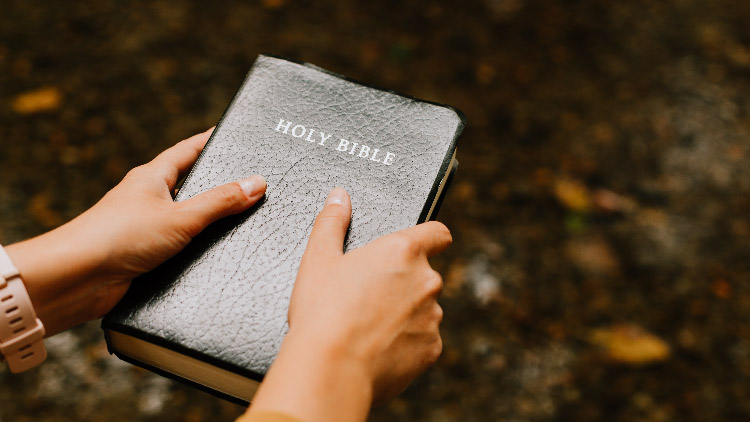 I would to God that not only you but also all who hear me this day might become such as I am—except for these chains.
Acts 26:29

Paul’s beliefs were forged in the furnace of life. When his legs were virtually cut out from underneath him, he learned all the more that God is in control.

It was during Paul’s two-year imprisonment in Rome that he wrote letters to the Ephesian, Philippian, and Colossian churches and to his friend Philemon. It was during this season of suffering that God encouraged him to write of Jesus, “In him all things hold together” (Colossians 1:17). When he wrote to the Ephesians, he urged them to see that God, who is sovereign over all, has put all things under Jesus’ feet (Ephesians 1:22). These truths were not just theoretical. Paul relied upon them during the most difficult seasons of his life.

Paul’s experiences doubtless helped him to understand more deeply that he needed the gospel not just for salvation but for all of life. We, too, need the gospel daily—the good news that Jesus died in the place of sinners, that He was raised for our justification, and that He sent the Spirit to sanctify us and to fill us. The gospel creates within us a confident anticipation of the return of Jesus. It causes us to view the world from a heavenly perspective.

John Stott, who was unparalleled in his ability to synthesize and succinctly condense vast amounts of material, summarized the impact of Paul’s imprisonment upon his theology in this way: “Paul’s perspective was adjusted, his horizon extended, his vision clarified and his witness enriched.”[1] His chains did not become an occasion for disappointment or regret. Rather, his trials, which kept him in a state of weakness and dependency upon God, altered his perspective and shed light on the horizon. He was able to stand before a Roman governor, a king, and a queen, and say, What you have you cannot keep. What I have I cannot lose. I wish you could become like me—a sinner saved by grace, an heir to eternal life. I would not like for you to share my chains, but I would love for you to share my faith.

Paul experienced the very truth that he had written to the Romans years earlier: “We know that for those who love God all things work together for good, for those who are called according to his purpose” (Romans 8:28). This was so not only for Paul but is also true for all who have placed their faith in Jesus Christ. Are you facing a discouraging trial? Take courage! You have all you truly need, and you cannot lose it. All the riches and comfort that this world can offer do not compare to what you have in the gospel—“Christ in you, the hope of glory” (Colossians 1:27). Christian theology is not for an ivory tower but for the prison cell, for the trials. Let the truths of the gospel strengthen your soul and shape your perspective as you cling to the hope that Christ has purchased for you.

1So Agrippa said to Paul, “You have permission to speak for yourself.” Then Paul stretched out his hand and made his defense:

2“I consider myself fortunate that it is before you, King Agrippa, I am going to make my defense today against all the accusations of the Jews, 3especially because you are familiar with all the customs and controversies of the Jews. Therefore I beg you to listen to me patiently.

4“My manner of life from my youth, spent from the beginning among my own nation and in Jerusalem, is known by all the Jews. 5They have known for a long time, if they are willing to testify, that according to the strictest party of our religion I have lived as a Pharisee. 6And now I stand here on trial because of my hope in the promise made by God to our fathers, 7to which our twelve tribes hope to attain, as they earnestly worship night and day. And for this hope I am accused by Jews, O king! 8Why is it thought incredible by any of you that God raises the dead?

9“I myself was convinced that I ought to do many things in opposing the name of Jesus of Nazareth. 10And I did so in Jerusalem. I not only locked up many of the saints in prison after receiving authority from the chief priests, but when they were put to death I cast my vote against them. 11And I punished them often in all the synagogues and tried to make them blaspheme, and in raging fury against them I persecuted them even to foreign cities.

Paul Tells of His Conversion

12“In this connection I journeyed to Damascus with the authority and commission of the chief priests. 13At midday, O king, I saw on the way a light from heaven, brighter than the sun, that shone around me and those who journeyed with me. 14And when we had all fallen to the ground, I heard a voice saying to me in the Hebrew language,1 ‘Saul, Saul, why are you persecuting me? It is hard for you to kick against the goads.’ 15And I said, ‘Who are you, Lord?’ And the Lord said, ‘I am Jesus whom you are persecuting. 16But rise and stand upon your feet, for I have appeared to you for this purpose, to appoint you as a servant and witness to the things in which you have seen me and to those in which I will appear to you, 17delivering you from your people and from the Gentiles—to whom I am sending you 18to open their eyes, so that they may turn from darkness to light and from the power of Satan to God, that they may receive forgiveness of sins and a place among those who are sanctified by faith in me.’

19“Therefore, O King Agrippa, I was not disobedient to the heavenly vision, 20but declared first to those in Damascus, then in Jerusalem and throughout all the region of Judea, and also to the Gentiles, that they should repent and turn to God, performing deeds in keeping with their repentance. 21For this reason the Jews seized me in the temple and tried to kill me. 22To this day I have had the help that comes from God, and so I stand here testifying both to small and great, saying nothing but what the prophets and Moses said would come to pass: 23that the Christ must suffer and that, by being the first to rise from the dead, he would proclaim light both to our people and to the Gentiles.”

24And as he was saying these things in his defense, Festus said with a loud voice, “Paul, you are out of your mind; your great learning is driving you out of your mind.” 25But Paul said, “I am not out of my mind, most excellent Festus, but I am speaking true and rational words. 26For the king knows about these things, and to him I speak boldly. For I am persuaded that none of these things has escaped his notice, for this has not been done in a corner. 27King Agrippa, do you believe the prophets? I know that you believe.” 28And Agrippa said to Paul, “In a short time would you persuade me to be a Christian?”2 29And Paul said, “Whether short or long, I would to God that not only you but also all who hear me this day might become such as I am—except for these chains.”

Footnotes
1 26:14 Or the Hebrew dialect (probably Aramaic)
2 26:28 Or In a short time you would persuade me to act like a Christian!
Topics: Gospel Suffering Theology
Footnotes
1 The Message of Acts, The Bible Speaks Today series (IVP Academic, 1994), p 404.