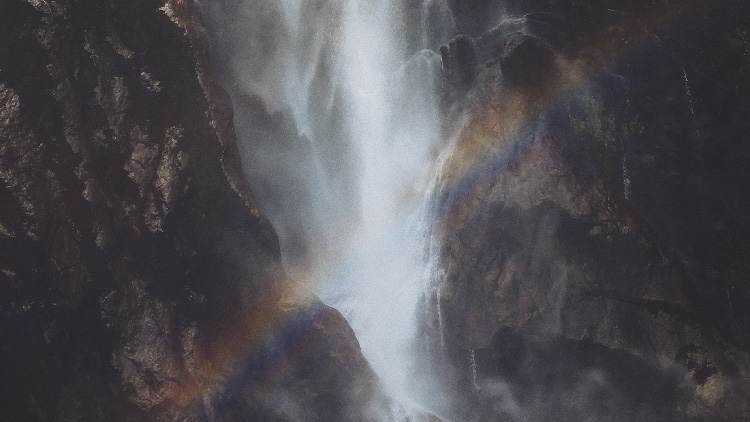 Jesus said to them again, “Peace be with you. As the Father has sent me, even so I am sending you.” And when he had said this, he breathed on them and said to them, “Receive the Holy Spirit.”
John 20:21-22

Jesus came to earth as a man on a mission, and He left earth having called His people to that same mission.

Jesus made it clear from the very beginning that He came to preach good news: “The time is fulfilled, and the kingdom of God is at hand; repent and believe in the gospel” (Mark 1:15). That remains true, and so it makes perfect sense that when His earthly pilgrimage was nearing an end, the Lord sent His disciples out to continue that mission. Appearing to His friends on the evening of that first Easter Sunday, He wasted no time in commissioning them to proclaim the way of forgiveness, while reminding them that the Holy Spirit would help them in His absence.

For the disciples, the previous few days had been overwhelming. Within just 72 hours, they had shared in the first Communion meal together, had watched their Savior and friend be unjustly tried and crucified, and had begun a grieving process that completely engulfed them. But their mourning was unwound by Jesus’ return after His resurrection. Now life meant going out to do just as He’d asked: proclaiming this amazing story, good news, forgiveness, and the love of God. These men lived for that—and, in most cases, they died for it.

Only a couple weeks later, we find Peter preaching a sermon. He began:

Men of Israel, hear these words: Jesus of Nazareth, a man attested to you by God with mighty works and wonders and signs that God did through him in your midst, as you yourselves know—this Jesus, delivered up according to the definite plan and foreknowledge of God, you crucified and killed by the hands of lawless men. God raised him up, loosing the pangs of death, because it was not possible for him to be held by it. (Acts 2:22-24)

Peter directly addressed the situation his listeners were facing: they were rebels unfit for God’s goodness, who had rejected the King whom God had sent to live among them and reveal Himself to them. Yet now that same God had punished His only Son instead of sinners and was offering forgiveness to them through the mouth of one of Jesus’ followers.

Christ’s call for us to share the reason for the hope that is in us (1 Peter 3:15) is no different for us today than it was for His disciples then. We are surrounded by death, despair, emptiness, regret, and fear. All the time, we peer into an unknown future. Those in our circles of influence need to know that only in Jesus can they find pardon and peace. Praise God that His Spirit goes before us. What would change in your words to others if you knew you were sent to them by divine appointment as part of a divine mission? “As the Father has sent me,” says Jesus, “even so I am sending you.”

Jesus Appears to the Disciples

19On the evening of that day, the first day of the week, the doors being locked where the disciples were for fear of the Jews,3 Jesus came and stood among them and said to them, “Peace be with you.” 20When he had said this, he showed them his hands and his side. Then the disciples were glad when they saw the Lord. 21Jesus said to them again, “Peace be with you. As the Father has sent me, even so I am sending you.”

Footnotes
3 20:19 Greek Ioudaioi probably refers here to Jewish religious leaders, and others under their influence, in that time
Topics: Evangelism Holy Spirit Mission