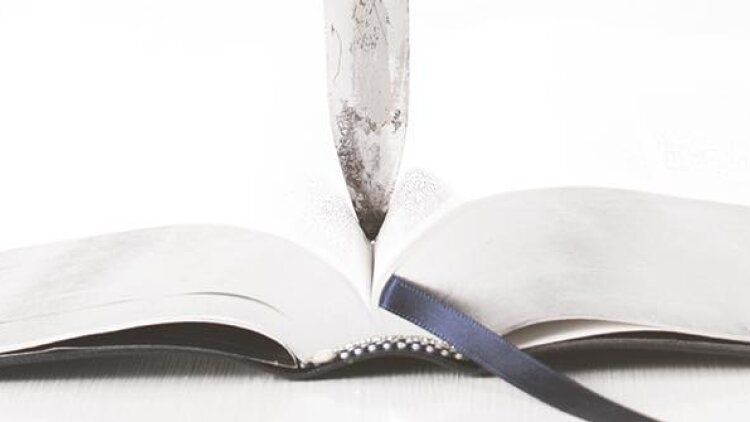 War always will rage between the two great sovereignties until one or the other is crushed. Peace between good and evil is an impossibility; to pretend otherwise would signal a victory for the powers of darkness. Michael will always fight; his holy soul is vexed with sin and will not endure it. Jesus will always be the dragon’s foe, and not in any quiet sense but actively, vigorously, with full determination to exterminate evil. All His servants, whether angels in heaven or messengers on earth, will and must fight; they are born to be warriors. At the cross they enter into a covenant never to make a truce with evil; they are a warlike company, firm in defense and fierce in attack. The duty of every soldier in the army of the Lord is every day, with all his heart and soul and strength, to fight against the dragon.

The dragon and his angels will fight back; they are incessant in their onslaughts, prepared to use every kind of weaponry. We are foolish to expect to serve God without opposition: The more zealous we are, the more we can expect to be attacked by the ruffians of hell. The church may become lazy, but her great antagonist does not; his restless spirit never allows the war to pause; he hates the woman’s seed and would happily devour the Church if he could. The servants of Satan share a great deal of the old dragon’s energy and are usually an active crew. War rages all around, and to dream of peace is dangerous and futile.

Glory be to God, we know the end of the war. The great dragon will be cast out and forever destroyed, while Jesus and those who are with Him will receive the crown. So let us sharpen our swords tonight, and ask the Holy Spirit to make us ready for the conflict. Battle was never so important, and the crown never so glorious. Every one to their positions as warriors of the cross, and may the Lord tread Satan under your feet shortly!