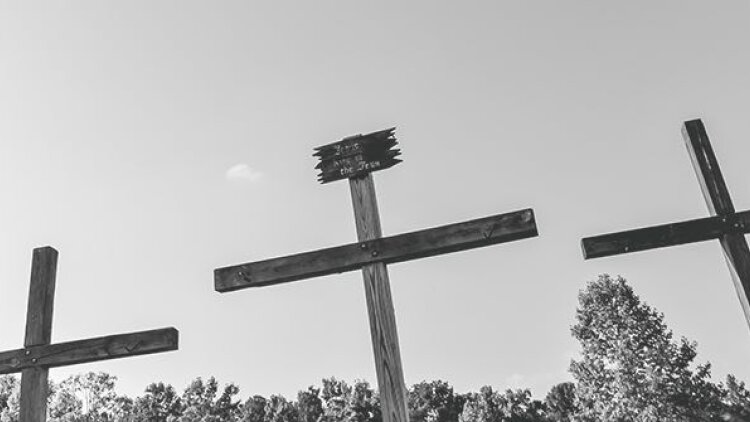 He poured out his soul to death and was numbered with the transgressors.

Why did Jesus cause Himself to be enrolled among sinners? This wonderful condescension was justified by many powerful reasons. By doing so He could better become their advocate. In some trials there is an identification of the counselor with the client, nor can they be looked upon in the eye of the law as separate from each other. Now, when the sinner is brought to the bench, Jesus appears there Himself. He stands to answer the accusation. He points to His side, His hands, His feet, and challenges Justice to bring anything against the sinners whom He represents. He pleads His blood, and pleads so triumphantly, being numbered with them and having a part with them, that the Judge proclaims, “Let them go, deliver them from the pit, for He has provided a ransom.”

Our Lord Jesus was numbered with the transgressors in order that they might feel their hearts drawn toward Him. Who can be afraid of one whose name appears on the same list with us? Surely we may come boldly to Him and confess our guilt. He who is numbered with us cannot condemn us. Was He not entered in the transgressor’s list that we might be written in the red roll of the saints? He was holy and written among the holy; we were guilty and numbered among the guilty. He transfers His name from that list to this dark indictment, and our names are taken from the indictment and written in the roll of acceptance, for there is a complete transfer made between Jesus and His people.

All our condition of misery and sin Jesus has taken; and all that Jesus has comes to us. His righteousness, His blood, and everything that He has He gives us as our dowry. Rejoice, believer, in your union to Him who was numbered among the transgressors; and prove that you are truly saved by being clearly identified with those who are new creatures in Him.