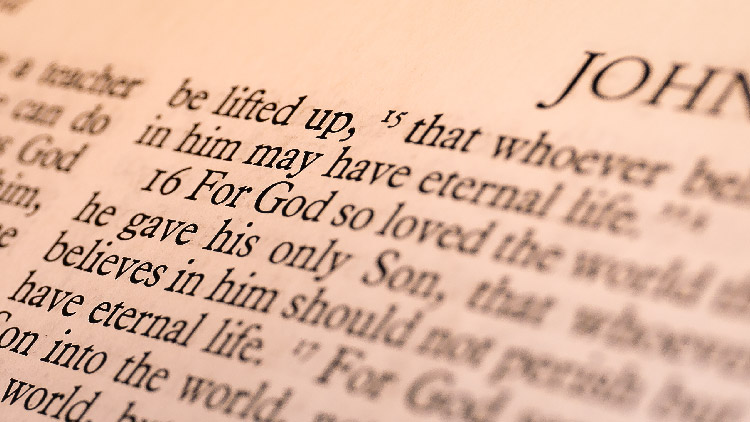 Jesus said, “Father, forgive them, for they know not what they do.” And they cast lots to divide his garments.
Luke 23:34

Of all the cries that have been uttered by victims of unjust execution, surely none has ever been more amazing than this: “Father, forgive them.”

The soldiers who nailed Jesus to the cross probably felt that they had experienced everything a man could experience in the carrying out of their duties. Surely they had grown accustomed to threats and vile abuse coming from those condemned and had listened to curses galore. They must have found themselves looking at one another in puzzlement; we can imagine one of them saying, Did he really say, “Forgive them”? and the other replying, Yes… I think he really did.

Earlier in His ministry, Jesus had instructed His disciples to “love your enemies” and “pray for those who abuse you” (Luke 6:27-28). In His prayer on the cross, Jesus practiced what He preached. Surely this is an example for us—and surely it is also a challenge, for if Jesus could do this as He was hoisted on His cross, is there any situation in which we cannot do the same?

Jesus’ words here should make us ask this, though: Was His prayer a blanket expression of forgiveness, unrelated to the response of the hearts of men and women? Clearly not. Consider the context in which these words were said. Jesus was about to give His life expressly to pay the price for sin and to open the gateway into heaven. As Paul tells us in 2 Corinthians 5:19, “In Christ God was reconciling the world to himself, not counting their trespasses against them.” God did not choose to ignore sin, to overlook it altogether. He did not count men’s sins against them because He was counting their sins against Him—namely, Jesus. God does not overlook injustice even as He offers forgiveness. Nor does He call us to do so.

So as Jesus prayed to His heavenly Father, asking that those involved in this atrocity—including those who stood by idly and watched—would be forgiven, He was praying that they would see their need of a Savior, would see that He is that Savior, and would turn from their sin and discover that their transgressions could be fully pardoned. In other words, Jesus asked that the truth of 2 Corinthians 5:21—that God “made him to be sin who knew no sin, so that in him we might become the righteousness of God”—might take hold of their hearts and lives.

Here in the death of Jesus of Nazareth is the forgiveness of all your sin—sin that is no longer counted against you because it was counted against Him. When the reality and truth of Jesus’ death and Jesus’ prayer dawns on your mind and stirs your heart, then you shift from a generic awareness of the potential for forgiveness to a personal experience. And so you pray that God would seek out those around you with such forgiveness even as you seek to hold out such forgiveness in your own life.

Institution of the Lord's Supper

26Now as they were eating, Jesus took bread, and after blessing it broke it and gave it to the disciples, and said, “Take, eat; this is my body.” 27And he took a cup, and when he had given thanks he gave it to them, saying, “Drink of it, all of you, 28for this is my blood of the3 covenant, which is poured out for many for the forgiveness of sins. 29I tell you I will not drink again of this fruit of the vine until that day when I drink it new with you in my Father's kingdom.”